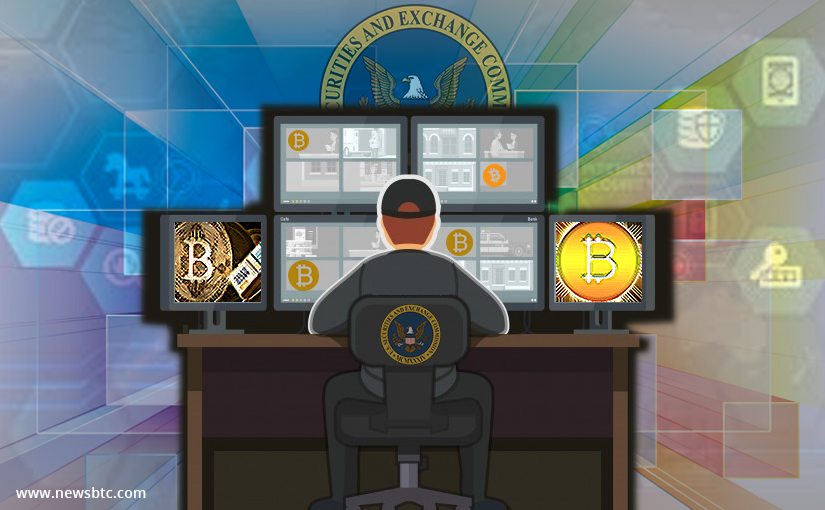 The SEC is a very interesting financial entity when it comes to regulating new markets. Although they are not keen on cryptocurrency, the current regulation isn’t overly negative. Initial coin offerings, on the other hand, are a different matter entirely. Thanks to the launch of their new cyber unit, the SEC will police ICOs and other “illicit” blockchain-based activity. They also plan to go after dark web users, which was to be expected.

Regulating cryptocurrency ICOs was only a matter of time in the United States. With the financial watchdog issuing a stark warning against initial coin offerings, more measures were bound to be introduced. It now appears we know a little more about what the new measures entail. The SEC put together a new cyber unit to tackle initial coin offerings, DLT, and the dark web. Fighting cybercrime and scam artists is their number one priority for the time being. This will not be an easy undertaking by any means, though.

Most people are well aware of how cryptocurrencies are used on the dark web. Although Bitcoin has more legitimate use cases, this negative correlation needs to be addressed. Since the technology itself can’t be blamed, the SEC needs to go after perpetrators themselves.  That will require a lot of time and effort, to say the least. The first order of business is to focus on market manipulation and theft of information. Both of these “industries” are quite popular these days and need to be addressed sooner rather than later.

It will be interesting to see how the SEC plans to tackle ICOs, though. We know they are looking at whether or not particular tokens are effectively securities. If that is the case, a lot of projects will be in violation of existing regulations. For the time being, the interest in ICO tokens has not waned whatsoever. Money keeps pouring into these projects which often have no working code to back up any of their claims. With this new cyber unit paying close attention to the sector, interesting things are bound to happen.

It is evident the ICO industry will see some major changes in the coming months. Whether or not there will be fewer coin offerings, remains to be determined. That seems highly unlikely at this point in time, though. This is still a  booming industry which heralded a new era of crowdfunding altogether. Companies focusing on the US market will have to put in a lot more work moving forward. Either that or they skip the US market altogether. Regardless of what the outcome will be, this cyber unit is not the harsh regulation most people expected.

BitStarz Player Lands $2,459,124 Record Win! Could you be next big winner?
Get 110 USDT Futures Bonus for FREE!
Read our comparison of 50 different crypto casinos. Find out who has most generous bonuses, best UX, knowledgeable customer support and best provably fair games.
Tags: Bitcoin NewsCyber UnitcybercrimeICOsec
Tweet123Share196ShareSend
Win up to $1,000,000 in One Spin at CryptoSlots