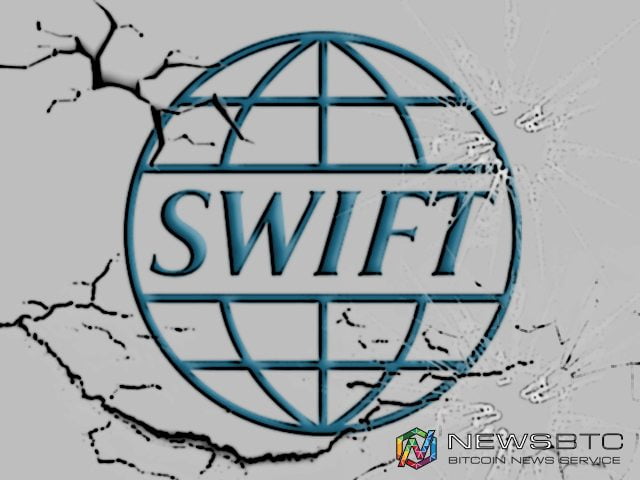 The second SWIFT hack sheds an interesting light on permissioned systems and cybersecurity. Although no data has been hacked, the loss of money could have been prevented by using more modern technology, such as distributed ledgers as the one found in Bitcoin.

While it is commendable SWIFT representatives openly admit their network played a part on yet more financial losses, there is also an aura of defeat regarding the announcement. To make matters even worse, there is no indication as to who is responsible for this attack, and representatives of SWIFT network participants might be involved, since legitimate credentials were used to steal funds.

At the same, this is another prime example of why the legacy system – and its archaic underpinning technology – need to be replaced with a more modern solution sooner rather than later. Using firewalls used to be an excellent way to protect financial systems, but hackers have become a lot smarter throughout the years. This leaves security experts well behind the curve of technological innovation, which hackers will gladly take advantage of.

Distributed ledgers, a technology often touted as the new way to conduct finance all over the world, seem to be the obvious solution to this problem. Most people know this technology through Bitcoin, a decentralized cryptocurrency not controlled by banks. Financial institutions have started to pay more attention to distributed ledgers over the past few months, but there is a very steep learning curve associated with this technology.

While some financial experts feel it is still too early something as significant as distributed ledgers, the question becomes how much longer they can afford to hold off on this inevitable change. Moreover, the advantages of blockchain have become apparent to everyone in the world, as it is a cost-effective solution which is incredibly expensive to try and hack by third parties.

It is impossible to tell whether or not the financial world will embrace distributed ledgers anytime soon. What we do know is how many of them are looking into exploring the boundaries of this technology, although hardly any of these efforts have led to significant integrations just yet. This second SWIFT attack in recent months makes distributed ledgers far more appealing than any targeted promotion ever could, though.

Tags: bitcoinblockchainBlockchain TechnologyDistributed LedgersfinanceLegacy SystemnetworkNewsOpinionsecurityswift
Tweet123Share196ShareSend
BitStarz Player Lands $2,459,124 Record Win! Could you be next big winner? Win up to $1,000,000 in One Spin at CryptoSlots