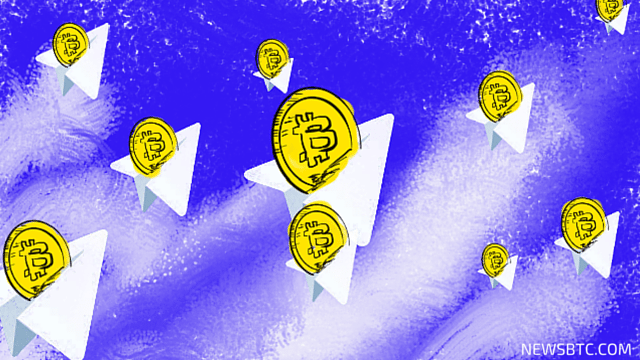 You Don’t Need Your Recipient’s Address To Send Him/Her Bitcoin!!

The bitcoin industry has witnessed a rapid emergence of startups that have begun to focus on the development of unique social media platform-based applications such as Telebit and web-based platforms including Coinapult and Coinbase SMS, which allow users to send bitcoin to a phone number or a social media account using simple command lines.

Since February 11, 2015, Telebit has started to gain traction amongst, privacy-focused cloud-based instant messaging service and platform, Telegram users, by leveraging the popular Telegram messenger app to allow any of the 50 million users to send bitcoin with a simplified wallet.

Owing to the sponsorship of bitcoin hardware wallet manufacturer and developer Trezor, Telegram users can send their coins to others in the network with no transaction or conversion fees.

“Telebit users don’t have to pay these miner fees because our sponsor TREZOR covers all of these costs. This means the amount you send will be the amount you receive,” says the Telebit team.

By making bitcoin transactions as simple as sending an instant message on a social media application, Telebit aims to spur the mainstream of cryptocurrency and help the general population understand the benefits of using the digital

“Coinapult supports mobile users all over the world in accessing their funds via SMS messages. Coinapult’s SMS service provides users a full suite of Bitcoin tools without the need of having an internet connection,” says Coinapult.

An increasing number of bitcoin users have also started to use micro payment platforms such as Changetip to fund online contributors including musicians, bloggers, authors and artists with bitcoin.

The emergence of such bitcoin platforms have spurred the popularity of the world’s favorite cryptocurrency among newbies, enabling anyone to send bitcoin at ease, without any prior knowledge of the recipients bitcoin address.

Furthermore, applications such as Telebit holds the bitcoin address for its users, never revealing it to other app users.

Tags: bitcoin SMSchangetipcoinapultcoinbaseSoftwaretelebit
Tweet123Share196ShareSend
Win up to $1,000,000 in One Spin at CryptoSlots