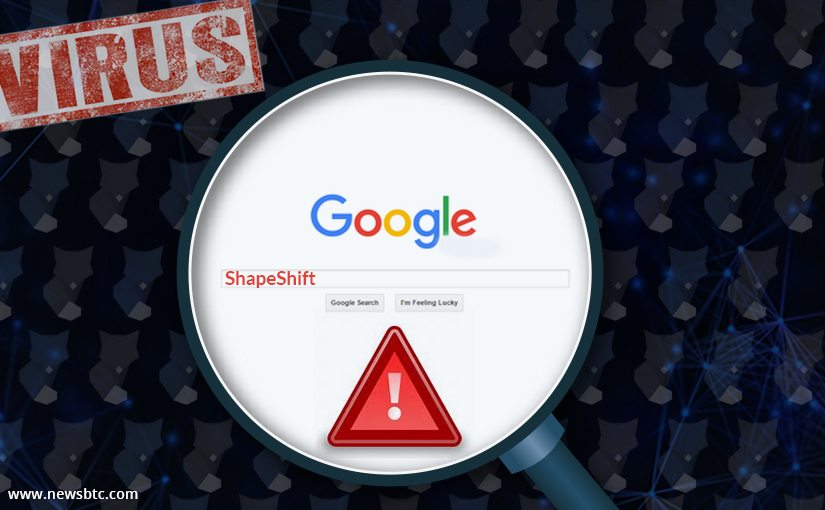 There are many different types of scams in the world of cryptocurrency. Phishing sites are still the main source of concern and financial gain for criminals. Things are only complicated further thanks to paid Google Search ads which show up in people’s browsers. A phishing site mimicking ShapeShift has been identified as a Google Search result. It is easy to spot the fake ad, but some people will get tricked into visiting the site regardless.

Cryptocurrency users need to be on their toes at all times when searching the web. Bookmarking the sites you visit on a regular basis is the best course of action. Typing in addresses manually is prone to errors and may redirect people to phishing sites. Always be wary of Google Search results as well, as the first link is often a sponsored advertisement. Such is the case when conducting a  Google Search for ShapeShift. The first result is an ad for a phishing site.

Beware of the Fake ShapeShift Site in Google

It is not the first time criminals use Google advertisements to promote phishing sites. In this case, the site redirects to ShapeShifth.io, instead of ShapeShift.io. It is only a minor difference most people will not notice right away. Using the wrong site will end up in the money being stolen, though. The site looks and feels exactly like the real ShapeShift, which will make it more difficult for novice users to spot the fake one. It is unclear how long this advertisement has been showing up in Google results.

Cryptocurrency users are often targeted by criminals. Given the price appreciation of most top currencies, that is no real surprise. Phishing sites have always been a popular method of attack in this regard. One would expect cryptocurrency enthusiasts to know better than to fall for such blatant scams, but the reality is often very different.  Bookmarking the correct address is a viable solution to circumvent issues like phishing sites. It is now up to Google to get rid of this malicious advertisement.

This is not the first phishing attempt against ShapeShift or other cryptocurrency platforms. Exchanges are the most prominent target for cybercriminals in this regard. These platforms are frequently used by people from all over the world, which means there is good money to be made with copycat sites. It is unclear if anyone has used the fake ShapeShfit site and lost money because of it. Google has to step up its game to actively block such advertisements in the future, that much is certain.