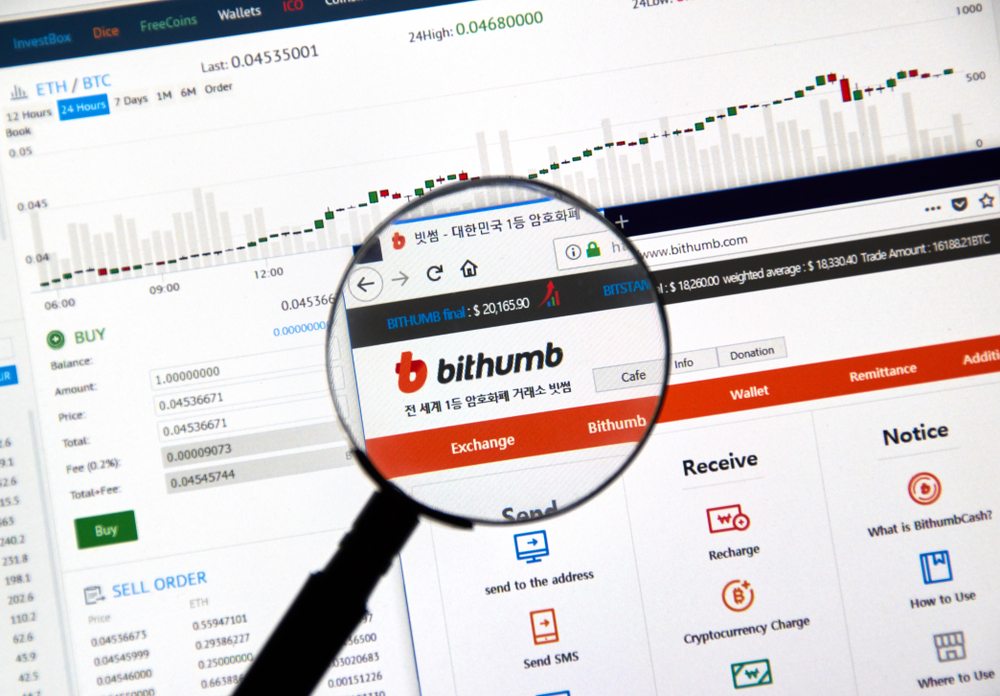 Bithumb, the largest cryptocurrency exchange in South Korea with a daily trading volume of about $476 million, is holding $6 billion on behalf of its customers as of 31 December 2017, according to its published audited accounts.

South Korea is one of the largest cryptocurrency markets and Bithumb is the n.1 exchange by trading volumes. As a subsidiary of publicly traded company BTCKorea, Bithumb is required to publish its audited accounts. The audit report came in on March 20 on the website of Financial Supervisory Service, a regulator that operates under the broad oversight of the Financial Services Commission (FSC).

Bithumb’s reported sales in 2017 were of ₩333.4Bn ($312Mn), with the net income amounting to ₩427Bn ($400Mn). Non-operating income produced an additional $90 million worth of revenue. The cryptocurrency exchange will publish its financial statements in mid-April after a shareholders’ meeting on March 30.

In the light of these new figures, the daily trading volume of $476 million operated at the cryptocurrency exchange amounts to nearly 8% of customers’ holdings, which signals how actively are South Koreans trading virtual currencies.

The people of South Korea are also taking cryptocurrencies to the offline world, much thanks to Bithumb as it enters the payments market. A partnership with mobile payment operator Korea Pay’s Services is expected to reach over 8,000 merchants across the country by the end of the year as 200 franchise brands are willing to try payments in cryptocurrency. The “Touch B” brand is part of Bithumb’s offline strategy as it enters the kiosk business and normalizes payments in cryptocurrency.

The published report with Bithumb’s audited accounts said that the cryptocurrency exchange is the most popular in the country and “accounts for 75.7% of the bitcoin trading volume in South Korea and at least 50% of the Ethereum trading volume”. The document is also proof of how far has the cryptocurrency industry gone in 2017. Bithumb’s revenue in 2016 was of $1.82 million, which is 171 times lower than the $312 million of 2017. According to coinmarketcap.com, the trading volume on December 31, 2016, was of approximately $150 million. On December 31, 2017, volumes were of $30 billion.

Tags: bitcoinbitcoin exchangeBithumbcryptocurrenciescryptocurrency exchangeSouth Korea
TweetShare
BitStarz Player Lands $2,459,124 Record Win! Could you be next big winner? Win up to $1,000,000 in One Spin at CryptoSlots