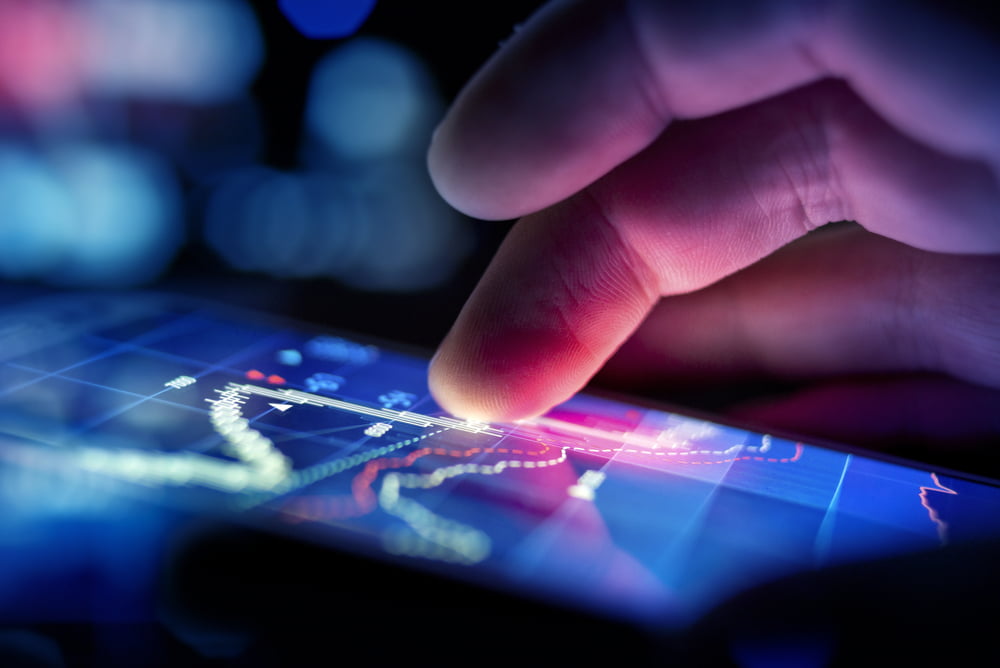 Stock Indexes Do Not Reflect Economic Reality, Will it Boost Bitcoin Sentiment?

A survey of fund managers, conducted by Bank of America Merrill Lynch, found pessimism at a level not seen since the last financial crisis. The on-going trade war and the expectation of an incoming global recession are driving fears of an economic collapse, which may strengthen the image of bitcoin as an uncorrelated asset.

Nonetheless, despite the gloomy outlook, all three major US market indexes are close to their all-time highs. As such, this contrarian position has led some to label the economy a game of smoke and mirrors. Taking this into account, some look to Bitcoin an alternative, but as a niche product, is that justifiable?

“Investors haven’t been this pessimistic since the global #financialcrisis of 2008.. @BankofAmerica @MerrillLynch
Lynch survey… #equity allocations saw the second-biggest drop on record… #cash holdings jumped by the most since the 2011 debt-ceiling”
https://t.co/khcICiH53x pic.twitter.com/NxONuVlUIH

The survey of 230 fund managers, who manage $645 billion in assets between them, showed 87% thought the economy is in “late cycle.” This refers to the third phase, of a four-phase cycle, that precedes a recession.

As far back as January this year, talk from Wall Street was all about the “late cycle” and how to trade it profitably. And now, halfway through the year, with the economy teetering on edge, the focus has turned to defensive trading.

“Fund managers are propelling a “huge rotation” into bonds and defensive sectors like utilities and consumer staples…While others are simply stockpiling cash, which saw the biggest jump since August 2011.”

All the same, the divergence between sentiment and market pricing has not gone unnoticed. Deutsche Bank’s Chief International Economist, Torsten Slok, said:

“Either markets have to come down to where growth expectations are, or growth and earnings expectations have to move higher to justify current market valuations.”

But others take a more candid approach. Fundstrat co-founder, Tommy Lee hints at market manipulation being the reason for the opposing indicators.

Isn’t it puzzling that:
– institutions most bearish since 2008.
– retail cash balances highest since early 2010

And with that in mind, skepticism over the economic system, and by extension the government that administers it is rife. The Pew Research Centre found that only 17% of those surveyed trust the government. A historic low going back to 1958. 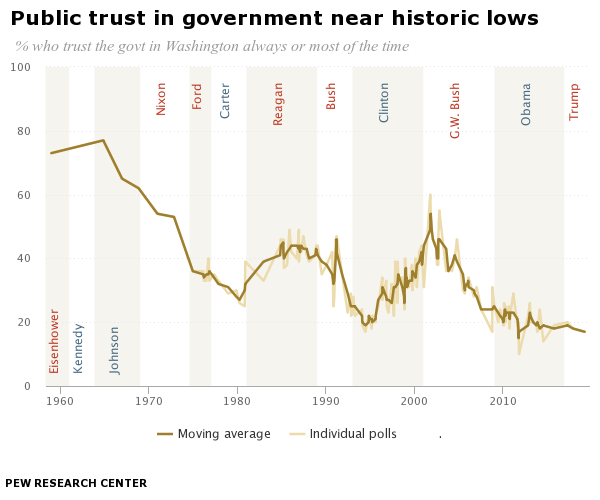 Bitcoin as a Hedge?

But, is Bitcoin the answer? As an uncensorable, borderless, non-inflationary monetary system, it does possess the qualities that are the antithesis to the status quo. But we should be reminded that cryptocurrencies are wholly underdeveloped. And in the case of a recession, have never been tested.

Indeed, JPMorgan analyst, Jan Loeys sees cryptocurrencies taking off only in the case of an extreme dystopian future. He said:

“We have long been skeptical of cryptocurrencies’ value in most environments other than a dystopian one characterized by a loss of faith in all major reserve assets.”

Loeys goes on to say that blockchain technology is more of a complementary system, rather than something to replace legacy systems entirely:

“Blockchain is unlikely to re-invent the global payments system, but instead can provide marginal improvements to various parts of the process.”

Of course, these comments were made before JPMorgan announced their own cryptocurrency. However, going back to Loey’s commentary on a dystopian scenario, as witnessed during the Venezuelan hyperinflation crisis, Bitcoin trading volumes surged as a result of loss of faith in the national currency, the Bolivar.

With that in mind, while no-one can predict the future, we do know that people will turn to Bitcoin in times of uncertainty.