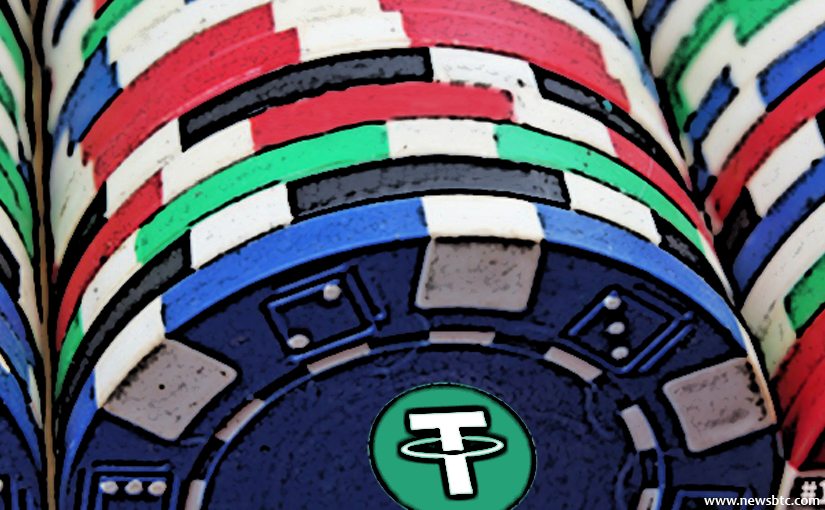 Tether is one of the most remarkable companies in the cryptocurrency space so far. Their business model revolves around issuing digital tokens pegged to fiat currency. Especially the USDT token is often used on cryptocurrency exchanges. Big was people’s surprise when the company introduced another 20 million USDT out of the blue. This move coincides with the Bitcoin price retracing over the past two days. It is not the first time we see these “coincidences” become apparent either.

There have been some questions regarding the behavior of Tether as of late. All of their digital tokens need to be backed up by the same amount of fiat currency. According to their latest financial report, things seem to add up. That was somewhat surprising, considering the company issued a few million new tokens in the same period. At that time, some people assumed it was done to prop up the Bitcoin price. Whether or not that is the truth or not, remains to be determined.

Just last night, another 20 million USDT were brought into circulation. Once that happened, the Bitcoin price immediately recovered by $150. All of this seems to be somewhat “too convenient” to be a coincidence. Then again, if the financial statements add up, there is nothing to be concerned about. The bigger question is why these “cycles” seem to repeat itself during times at which the Bitcoin price is struggling. Right now, the price has recovered most of its losses sustained over the past 48 hours.

All of this makes Tether look pretty suspicious, to say the least. Moreover, Bitfinex isn’t entirely without blame in this regard either. Both companies seem to be working together quite well in an effort to pump the Bitcoin price. Creating artificial demand and trading volume isn’t an acceptable course of action, though. Sooner or later, things will effectively fall apart. Bitfinex will exit the US market very soon as well. There are far too many coincidences to think this is not coordinated in one way or another.

Rest assured a lot of people will keep a very close eye on Tether moving forward. There are a lot of concerns regarding their company and the rate at which they issue USDT these days. While it may be doubtful we will see another Gox affair, things aren’t looking that positive either. It will be interesting to see how all of this plays out in the coming weeks and months. New USDT in circulation always leads to a Bitcoin price push. It may be a coincidence if you believe in that kind of thing.

BitStarz Player Lands $2,459,124 Record Win! Could you be next big winner?
Tags: Bitcoin Newsbitcoin pricetetherUSDT
Tweet123Share196ShareSend
Win up to $1,000,000 in One Spin at CryptoSlots