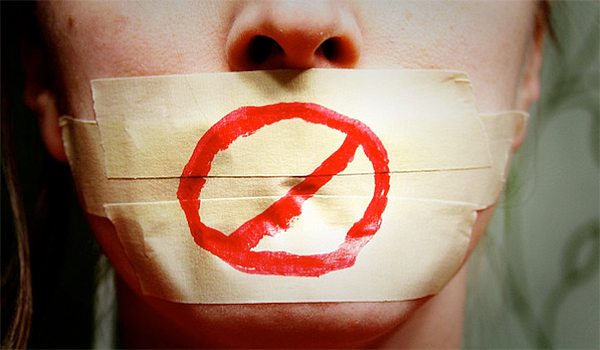 There has been a lot of friction between the Bitcoin community members since the block size debate. The Bitcoin scalability issue has polarized the community into those who support the increase in block size, and those who don’t. Things between these two camps often leads to ugly debates on social media platforms.

The Bitcoin subreddit on renowned Reddit social platform continues to be one of the important platforms to host these debates. Created as a discussion forum for all the bitcoin users, the subreddit is now being accused for turning into a propaganda machine for promoting Bitcoin Core, and opposing block size proposal. Many prominent people from the Bitcoin community, including Roger Ver, have spoken on multiple occasions against the censorship policies of the moderators.

The opposing forces in the ongoing Bitcoin ‘civil war’ were at loggerheads all over again following Ver‘s recent take on /r/Bitcoin’s moderators for supporting censorship. Ver accused Theymos, one of the Bitcoin subreddit moderators, of banning threads that speak against Bitcoin Core.

Roger Ver went on to say that the aforementioned practices have turned this discussion board suitable for only a handful of people, a practice that has a detrimental effect on the enthusiasm of the whole Bitcoin community. In addition, he also called out people to protest against such censorship.

“Recently I publicly asked Greg Maxwell what he thought of blatant censorship like this: (image below)

Despite having certainly having noticed the post, that was at the very top of /r/BTC he declined to comment in any way. I think that says a lot about his character.”

“Greg Maxwell, Theymos, and everyone else who refuses to speak out against this sort of policy (erasing minority opinions from forums and discussion boards) should be ashamed of themselves, and the rest of us should publicly shame them.”

Roger Ver’s accusation has garnered a response by Theymos who cleared that there are no financial gains involved in the kind of moderation being carried out by the Bitcoin subreddit moderators. He said:

“There are no monied interests influencing /r/Bitcoin moderation. I’ve never been an employee of a Bitcoin company. I receive nothing whatsoever from Blockstream, nor do I have any financial interest in their company. I don’t get any compensation whatsoever for moderating /r/Bitcoin. If it was safe to remove the max block size, then doing so would only be good for me — as far as I can tell, I would get no benefit from needlessly restricting block sizes or forcing the use of Lightning.

/r/Bitcoin policies are what they are because I/we think that they are the best policies for /r/Bitcoin and Bitcoin. It’s possible to reasonably disagree, but resorting to conspiracy theories isn’t an argument.”

However, the response doesn’t answer whether one man or a handful of men and women can decide what is good for an open source platform like Bitcoin, where every individual who is contributing the mining power or conducting transactions are doing their part to keep the network alive.

There are currently no signs of an end to the mudslinging match between Bitcoin subreddit moderators and a significant part of the Bitcoin community.

Read our comparison of 50 different crypto casinos. Find out who has most generous bonuses, best UX, knowledgeable customer support and best provably fair games.
Tags: bitcoinCensorshipNewsredditRoger Vertheymos
Tweet123Share196ShareSend
Win up to $1,000,000 in One Spin at CryptoSlots