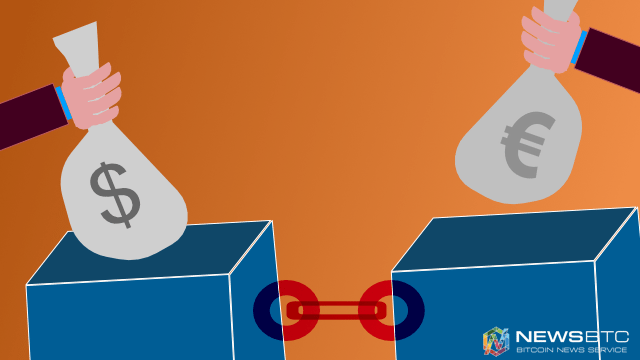 Blockchain Should Not Just Be Used To Issue Digitized Fiat Currency

With so many countries around the world keeping a close eye on the evolution of consumer payments, drastic changes are bound to happen sooner or later. Norway is looking to get rid of cash payments altogether while the United Kingdom is being urged to embrace the blockchain and digital currency. But what would to happen if various countries around the world suddenly decided to create their own digital currency?

Also read: Death of Bitcoin Network? Not so Soon!

A few days ago, BBC mentioned how a report by the UK’s chief scientific advisor urges the government to get involved in the future development of blockchain technology. Not to aid Bitcoin directly, mind you, but rather to run the country’s public services in a more convenient, transparent, and accountable manner.

It is no secret that the blockchain powering the Bitcoin network can be used for just about anything that comes to mind, even if that idea has nothing to do with finance. Data management is becoming a hot topic, as governments are collecting more information on consumers, yet fail to properly use or secure this vast wealth of information.

As the name suggests, a blockchain moves blocks of data around on a network powered by computational power. Every computer dedicating its power to the blockchain network will run a perfect copy of that information, creating a completely decentralized system. By removing the central point of failure in the data storage system, there is no chance to tamper with the information recorded.

Embracing the blockchain for various governmental purposes seems to be the right way forward. Not only would it be possible to store and manage data, but it would help with nearly every aspect of day-to-day actions that make a country tick. In fact, countries could even decide to digitize their local currency and issue the new form as tokens on a blockchain. This would allow for keeping tabs on local currency at any given time, and removing the threat of counterfeit money completely.

While it remains unclear as to whether or not any country in the world would issue fiat currency in a digitized form on any blockchain, the concept is definitely worth considering. Such a system would run completely autonomous and removes the human element almost completely. As a result, risks of fraud and corruption are reduced to near zero, which would, in turn, be very beneficial for any economy in the world today.

One of the first countries that could be looking at digitizing cash completely is Norway. Based on a recent statement by the country’s largest bank, there is no further need for cash transactions in Norway. Furthermore, cash is a dangerous and inconvenient form of payment, making it less preferable compared to electronic options.

Statistics seem to indicate less Norwegians are using cash these days. Most of the payments take place with plastic cards or even mobile solutions, but there is still plenty of room for improvement, especially where card payments are concerned. The blockchain could result in faster clearing and settlement for transactions. Doing so would remove liquidity issues retailers might experience during busy sale periods or weekends, where incoming fund transfers can get delayed by several days in some cases.

It would make sense for any government to embrace blockchain technology and distributed ledgers in the very near future. How this solution would be implemented, and in what capacity it would be used, is a different question, though. Digitizing existing fiat currencies is just one option, as the blockchain can be adapted to virtually suit any need that comes to mind.

However, issuing independent digital currencies on a blockchain could create a whole new set of problems. Banks and governments could track all funds at any given time – including who owns it and how it is spent – which can be seen as privacy invasion. Furthermore, this would result in tons of different blockchains, which is not what the technology is about. The goal of this ecosystem is to create one platform anyone in the world can access, regardless of existing financial services or relationships with institutions.

Bitcoin has shown the world how easy it is to use one blockchain connecting everybody in the world. The popular digital currency works anywhere in the world and gives the end user complete control over their finances. It remains doubtful that private blockchains – such as the ones created by banks and governments – will offer the same privileges.

Tags: bitcoinblockchainblockchain technologycashlessdigital currencyDigitizedfiat currencyfinancial servicesNewsOpinion
TweetShare
BitStarz Player Lands $2,459,124 Record Win! Could you be next big winner? Win up to $1,000,000 in One Spin at CryptoSlots