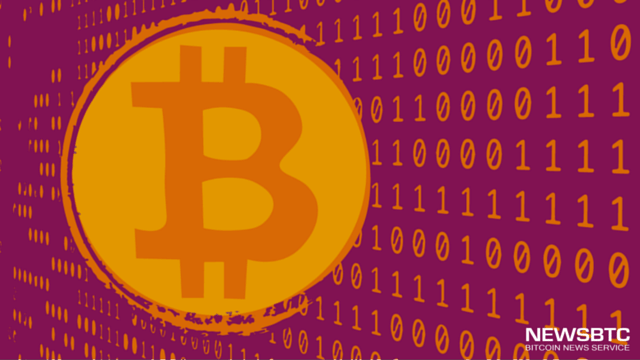 The news this past week has been dominated by the announcement of Mike Hearn leaving the Bitcoin scene for good. Hearn posted a very long and detailed explanation of why things are not going the way he thinks they should in the world of Bitcoin, and his words were gratefully picked up by mainstream media. But what is the hidden message behind these words?

Even though a lot of people are on the fence regarding what Hearn said in his post on Medium, there are some valid points to be found in his comments. First of all, there is the problem of intermediary services and people trying to take control of Bitcoin. Although the situation is not necessarily as dire as some people may want you to believe, it certainly is something we all need to be wary of from now on.

Most of the mining power is located in China, Bitcoin users flock to exchanges acting as an intermediary to hold funds, and coming to a consensus decision is very difficult when it comes to matters such as the block size debate. However, this does not necessarily mean Bitcoin has failed; it just means we are coming to a crossroads and need to figure out a proper plan of action the majority of people can agree on.

As one would come to expect, it didn’t take long until Hearn brought up the Bitcoin block size in his Medium post. While this issue has been on everybody’s mind for nearly a full year now, very little action has been undertaken other than putting together a few proposals.

In fact, Mike Hearn was the only one taking a drastic measure by releasing a Bitcoin client that could fork the blockchain and destroy the digital currency completely if no consensus would be reached. While Bitcoin XT had gotten a fair bit of support from several companies, most of them backtracked by stating how they will always support the longest blockchain, regardless of size.

A solution, such as Bitcoin Classic, needs to be implemented sooner rather than later, so this issue can be put to bed once and for all. If this issue is not sorted in due time, the Bitcoin network risks of running out of capacity, as the blocks can not be filled with more transactions. Needless to say, that situation needs to be avoided at all costs.

Speaking of development, Hearn touches upon the subject of how Bitcoin Core developers are keeping a lot of information hidden from the community. While it is true the communication has been far less frequent than before; there never seemed to be an imminent threat to the Bitcoin network. Whether or not such a threat ever existed, will remain unknown as Hearn jumped the gun and decided to force the issue by releasing Bitcoin XT.

It is exactly this release that triggered a flood of negative reactions from the community, developers, and people who weren’t even involved in Bitcoin to begin with. Pushing emotional buttons, as Hearn calls it, might not have been the smartest move, although it spurred the block size debate to new levels. This feedback is also part of the reason Hearn took his ball and went home, as we will discuss below.

Bitcoin XT Failed, But Bitcoin Itself Did Not

The way the discussion around Bitcoin XT was handled on Reddit, Bitcoin.org, and BitcoinTalk, leaves much to be desired. Instead of constructive criticism, certain individuals started hammering Bitcoin XT as an abomination and altcoin, simply because it was not the original Bitcoin Core client. All of the back-and-forth shouting, aggression, and pinned up anger led to an implosion that – possibly – would have happened regardless.

Fruitful discussions about Bitcoin XT moved to the Bitcoin.com forum, and valuable feedback was provided to the team of developers. But at the same time, that knowledge could not be passed on to other community members or investors, as anything related to Bitcoin XT and posted on /r/Bitcoin would be removed in a matter of hours. Censorship was in full effect in the Bitcoin world, and Hearn did not like it one bit [and rightfully so].

However, things could have been handled differently by both parties. Hearn and his Bitcoin XT group of developers could have resorted to other means to getting the word out about Bitcoin XT. Instead, they decided to keep hammering on Reddit and Bitcoin.org, rather than trying an alternative approach. If he is so certain investors needed to know about the artificial limit, why not reach out to them directly?

Furthermore, Hearn claims Bitcoin XT users have been suffering from DDoS attacks. That statement seems quite strange in a decentralized network, where 15% of the network nodes are running this new Bitcoin XT client. Do keep in mind all of this information is gathered from Reddit reports, and are hard to prove or debunk.

Hearn claims one-third of Bitcoin XT nodes were removed due to ongoing DDoS attacks. Surely such a minor setback should not spell the end of a project that should have the best interests of the Bitcoin community at heart? A lot more could have been done to fight back, instead of rolling over and giving up.

Mike Hearn Is Angry, But Bitcoin Still Has Issues To Address

There is no denying that Mike Hearn’s idea held a lot of merits, and things should have been handled differently by all parties involved. While Bitcoin XT was an interesting concept, reaching majority consensus would have been difficult by any means. But at least, somebody tried to do things differently in that regard.

In the end, Bitcoin still has issues it needs to address very soon before things get out of hand even more. The block size debate needs to be sorted in the next few weeks, and more transparency between developers, users, and investors will be very beneficial to the overall ecosystem. However, Bitcoin has not failed, nor has it entered its death spiral by any means.

Additionally, something has to change regarding mining centralization as well. Granted, China is a perfect location for manufacturing mining hardware and offers low electricity costs for mining. But at the same time, a balance must be struck across all continents, as there are plenty of places where cheap electricity can be found in abundance.

In the end, it all comes down to the Bitcoin community once again. All of us have a vote in saying how Bitcoin should evolve, and there is no better time than now to make sure your voice is heard. Be more vocal about how you feel, and look beyond Reddit and Bitcointalk to voice that opinion. Get on social media, contact Bitcoin news outlets, and tell your story to the world, as it is well worth listening to.