Over the past few weeks, investors have begun to doubt the veracity of the assertion that “Bitcoin is on the verge of its next bull run.” While there are reasons to believe this is the case, an analyst has asserted that per one key metric, BTC has “never been more bullish.”

The past few weeks have undoubtedly been weak for the cryptocurrency market; the price of BTC has collapsed from the $10,500 high to a price as low as $8,400 established just this weekend, while the hash rate of Bitcoin has stagnated.

But, according to the latest data from Blockchain.com, miners are once again allocating many resources to the security of the world’s largest cryptocurrency. Case in point: the hash rate of the Bitcoin network reached a new all-time high of 136 exahashes (or 136,000,000 terahashes) per second just two days ago — nearly three times higher than it was one year ago.

Commenting on the significance of this, crypto price tracking app Blockfolio wrote:

This optimism has been echoed by analyst RookieXBT, who noted on Tuesday that the hash rate is almost “~940% from where it was when BTC was at an all-time high” of $20,000. This, RookieXBT wrote, is a sign that “Bitcoin has never been more bullish.”

Indeed, growth in the hash rate of the network suggests at least two things: 1) Bitcoin miners are confident in the long-term success of the cryptocurrency (especially in terms of price) and allocate more resources to the security of the network; and 2) the technology of mining machines is being improved on, resulting in the increase in hash rate.

Also, increases in hash rate — or at least the cost of mining the cryptocurrency — is purportedly closely correlated with price action.

The rapidly-surging hash rate, then, implies Bitcoin will soon start to trend higher once again.

There are other fundamental trends supporting bulls.

Namely, on Tuesday the Federal Reserve implemented a 50 basis point (0.5%) policy interest rate cut as an emergency measure, something last done in the 2008 Great Recession.

Pundits from industry executives like Coinbase CEO Brian Armstrong to mainstream economists have said that moves like these by central banks, which equate to the devaluation of currencies, have said that this should be of great benefit to BTC and other cryptocurrencies moving forward. 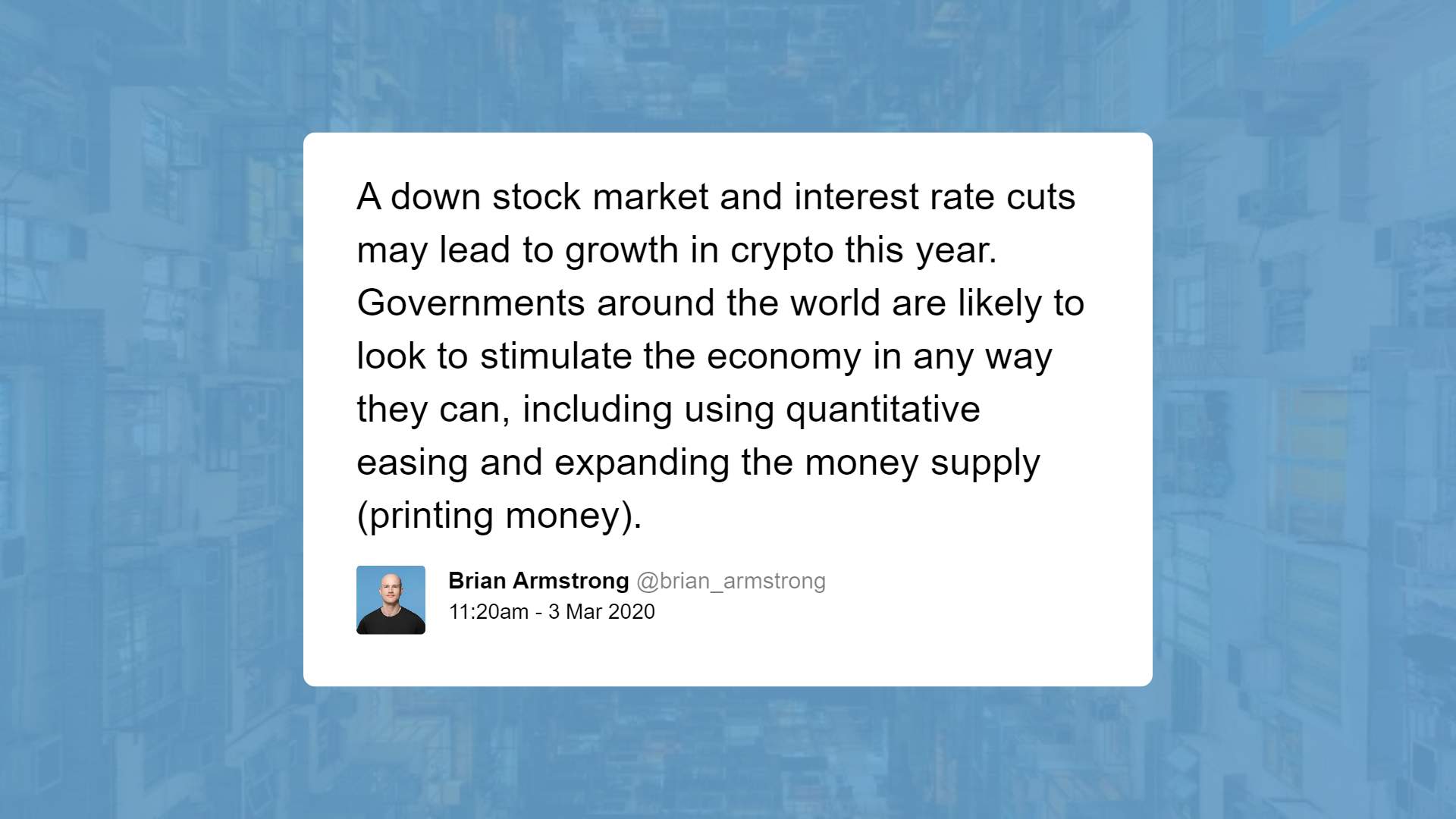 Tags: bitcoin marketfundamentalhash rate
Tweet123Share269ShareSend
Win up to $1,000,000 in One Spin at CryptoSlots