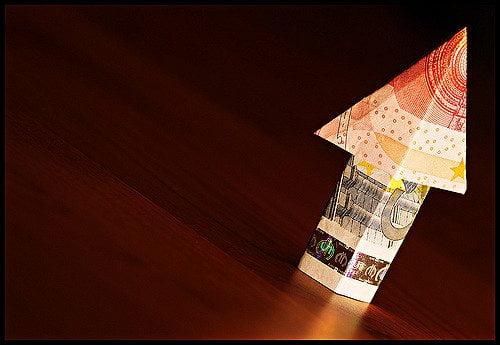 Something strange is going on within the Bitcoin ecosystem, as it has become all but impossible to send transactions to other people by paying a low or standard fee these days. Trouble started brewing when someone figured out how all mined blocks on February 29th were completely full ,leaving no room for additional transactions. Addressing the Bitcoin block size debate will have to happen very soon, before things – and transaction fees – get out of hand even more.

Bitcoin Transaction Gets Stuck For Hours

Whenever somebody sends a Bitcoin transaction with a lower than normal fee, it only makes sense to face a slight delay. The way Bitcoin mining works is by prioritizing transactions based on the transaction fees paid. Low to no transaction fees will usually lead to a delay when waiting for network confirmations, although things never got out of hand as much as they do now.

These days, it is not just the low fee transactions which are faced with network confirmation delays, but the regular fee is no longer sufficient either. This creates a very awkward situation in the Bitcoin world, as the 0.001 BTC fee – worth US$0.43 at the time of writing – is no longer sufficient to get guaranteed confirmations from the next few blocks on the Bitcoin network.

But it is not just the transaction fees that are creating this backlog, as the network blocks mined on February 29th could not take in more transactions. All of the mined blocks were completely full, a strong indication as to how the block size needs to be increased much sooner than people anticipated. As a result, only high priority fees will get transactions confirmed these days, a cost currently sitting at 0.0044 BTC or US$1.90.

With the transaction fees increasing spectacularly to move funds across the Bitcoin network in a quick manner, it becomes even more apparent as to how much the block size debate is hurting the ecosystem right now. Paying close to US$2 per transaction for a money transfer solution supposedly much cheaper than traditional solutions is not acceptable.

By the look of things, there is no improvement in sight anytime soon. The Bitcoin memory pool is full of transactions waiting for network confirmations, and the numbers only keep going up over time. Some people might see this as a sign of how Bitcoin is gaining a lot of popularity, but these confirmation delays are not doing anyone any favors right now.

There is no indication any Bitcoin network stress test is going, like what happened when the Bitcoin XT client started gaining popularity last year. Some people mention how they got lucky and had a transaction confirmed by the next network block while paying regular fees. Others might find themselves waiting for hours, if not days, until the transaction is confirmed.

Will A Block Size Increase Fix The Problem?

Unfortunately, there is no right or wrong answer to this question right now. Yes, a bigger Bitcoin block size would allow for more transactions to be included in every block, and could result in lower transaction fees in the long run. However, it is impossible to confirm whether or not this would be the case, as there is no reason for the sudden flood of Bitcoin transactions hitting the network.

While it is true the block size debate has gone on far too long, a rushed solution might not be the preferable answer right now. The latest Bitcoin Core release includes an option to resend transactions with a higher fee if the user decided to do so, partially solving the problem of delayed network confirmations. But at the same time, a more permanent solution needs to be made available to all Bitcoin users, and it will be up to the developers to do exactly that.