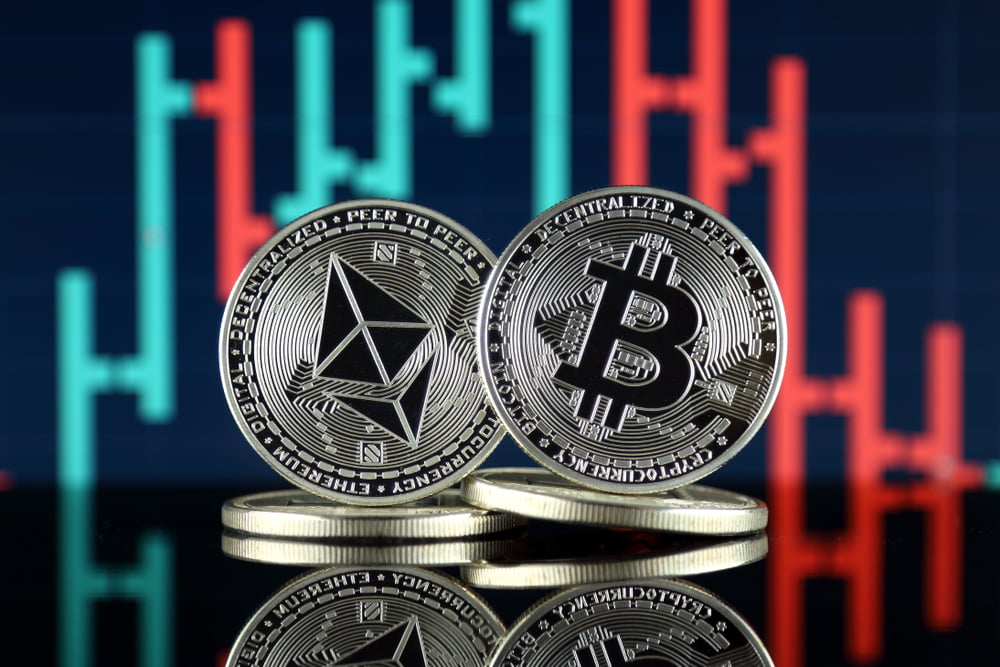 Amid the peak of crypto’s 2017 rally, Travis Kling, a portfolio manager at Steven A. Cohen’s Point72 Asset Management, jumped ship from his institutional tenure, subsequently downing the red pill that is Bitcoin. And while Bitcoin (BTC) has sold-off massively since his initial foray, Kling has maintained that he sees long-term potential in cryptocurrency and technologies pertaining to this budding asset class.

Ikigai Bullish On Crypto For The Long Haul

In recent months, TD Ameritrade has begun to make an entree into the cryptocurrency market, first partnering with ErisX, a crypto platform slated to be a competitor of Bakkt. Now, the world-renowned financial institution’s newfound penchant for this industry has spread to its in-house media network, which recently hosted a segment dubbed “#CryptoWhatsNext” in collaboration with the now-crypto-friendly Nasdaq.

On Monday afternoon, Oliver Renick, an anchor at the fledgling outlet, spoke with Kling, who now heads the recently-launched crypto hedge fund Ikigai.

Thanks for having me! https://t.co/9jSTRASagT

Aiming to glean some insight from the industry insider, the TD Ameritrade host asked Kling about the logistics of Ikigai, which launched in October, prior to Bitcoin’s recent leg lower. The former Point72 team member drew attention to its two chief investment strategies, the acquisition of equity or tokens pertaining to a venture-stage crypto-centric project, and a “long-short multi-strat[egy].”

The host, intrigued by the latter strategy, questioned how Kling profits off long-short positions. Kling, his fund’s own chief investment officer (CIO), explained that while Ikigai is mandated to issue short positions, and has turned profits from such bets, he remains “incredibly highly convinced” that cryptocurrencies will eventually boom. Stepping back, while still heating up the bull crockpot, the prominent investor claimed that from a broad outlook, Ikigai is nearly certain that the digital assets are pointed well upwards, contrary to sentiment ballyhooed by crypto’s outspoken cynics.

Yet, in classic hedge fund style, Kling, cautiously optimistic about crypto’s short-term prospects, explained that Ikigai isn’t all too certain about how cryptocurrencies, namely BTC, will act. In fact, the crypto-friendly CIO noted that seeing that crypto is situated at a key juncture, it would be a near-possibility to discern where this industry is headed next. The former institutional investor turned crypto fanatic, trying to allow TD Ameritrade Network viewers to visualize his remarks, stated:

There is a non-zero chance that Bitcoin will become Alta Vista (an initially successful, now-dead search engine), and Ethereum could be Ask Jeeves (a defunct Q&A webpage). The space hasn’t [seemingly] given us our Google, our Facebook, our Amazon, our Netflix, and our Uber yet.

Bitcoin Still Has A Ways To Go

On the other side of the metaphorical coin, Kling pointed out that there’s also a non-zero chance that Bitcoin could live up to everyone’s expectations, becoming a globally-secured transaction settlement layer that is immutable, decentralized, censorship-resistant, and cost- and time-effective, while hosting the second coming of gold at the same time. He added that even if BTC only amounts to 10 percent of gold’s market capitalization, there is still nine times growth potential for the popular digital asset.

Renick, caught off-guard by Kling’s impassioned rant, asked the TD Ameritrade guest why he believes Bitcoin still has the potential to undergo global adoption, even while it’s currently an “inflationary” asset and has failed to garner widespread adoption. The Ikigai founder calmly noted that it’s early for the crypto industry, adding that a majority of Bitcoin’s 10-year history was just getting its wings off the ground. By the same token, the cryptocurrency proponent explained that most of the publicity and development that has fallen on cryptocurrencies, namely BTC, came within the last 18 to 24 months, not during this ecosystem’s come up.

Case in point, only just recently did copious amounts of capital of the human and financial sort flood into this industry. And with that in mind, Kling then noted that he believes global adoption of BTC will come in due time. Still, he explained that while Bitcoin is well-defined as a tool to achieve a society based on Austrian Economics, it would be foolish the think that BTC can usurp the powers that be in 18 months, the timespan in which cryptocurrencies have truly made an impact in Kling’s eyes. In closing, ending the interview on a high note, the recent crypto convert noted:

“So this is going to be a multi-year, multi-decade thing to play out, but, there is an inevitability to [Bitcoin] though. The ability to have a non-sovereign digital money, and to have an opportunity to have the ability to opt-out of the largest monetary experiment of human history (likely referring to the U.S. FED’s incessant printing of greenbacks)… Maybe there’s a 1% chance, or 2% chance, or whatever that number is that BTC works as a store of value, but the return propotition relative to the likelihood that it actually happens makes it a really interesting investment.”

Tags: bitcoincryptoTravis Kling
TweetShare64
BitStarz Player Lands $2,459,124 Record Win! Could you be next big winner? Win up to $1,000,000 in One Spin at CryptoSlots