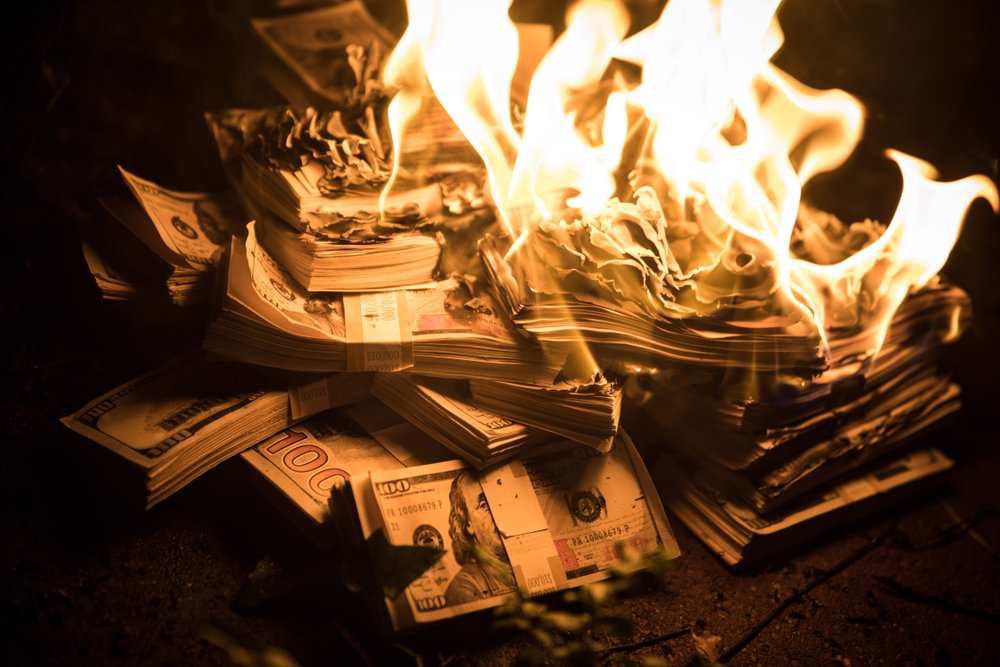 Thanks to its hard monetary policy and lack of national affiliation, Bitcoin has been described by many as the perfect hedge against global economic uncertainty. Around the world, the questionable policies of central bankers create new reasons for people to turn to the cryptocurrency every day.

Even the largest economies are vulnerable to extreme mismanagement. The US deficit is growing faster than ever before and analysts believe it will continue doing so. This could act as a powerful incentive for more folks to research Bitcoin.

US Government Deficit Expected to Hit $12.2 Trillion by 2029

The US government is spending more than it brings in. This is nothing new, of course, and is the case with most national governments. However, the US Congressional Budget Office estimates that the Trump Administration ran a deficit as high as $960 billion in 2019. The outlook for the future is no less bleak either. The agency expects the government to borrow more than $1 trillion dollars every year going forward.

By 2029, forecasts put the total US deficit at more than $12.2 trillion. This would represent an average of 4.7 percent of the nation’s GDP over the next decade. The average deficit over the previous 50 years was 2.9 percent.

As Chief Investment Officer of Ikigai Asset Management Travis Kling points out in the following tweet, Bitcoin may well benefit from such reckless fiscal policy:

This is a chart from @USCBO showing that the US deficit will never be less than $1tn a year again.

Never. Less than. A trillion. A year.

Bitcoin is an insurance policy against monetary and fiscal policy irresponsibility from central banks and governments globally. pic.twitter.com/pnOAG1bwuY

Governments running a growing deficit need to eventually do something about it. They have a few options open to them. They can raise taxes and lower cut public spending – usually making themselves universally unpopular in the process, they can stimulate the economy, or they can reduce the debt by printing more money. This latter policy effectively allows the government to pay its creditors on the cheap by taxing all users of the national currency.

Many market analysts believe that the Federal Reserve has exhausted its means by which to stimulate the economy and it is hard to imagine President Trump taking less popular approach to the issue. That only leaves creating more money, which will devalue the wealth of US savers.

Such policies seem likely to encourage more people to seek a hedge. This requires an asset that is removed from the political manoeuvring of governments. Typically, gold has served this purpose. However, as many analysts have previously argued, Bitcoin may well go on to fill the niche even more effectively. The cryptocurrency is, after all, entirely finite in supply, much more portable, divisible, and easy to store. Kling explains the reasoning in the following video:

Related Reading: Ethereum Could Be Weeks Away From a 400% Parabolic Rally; Levels to Watch

Tags: bitcoinDeficitunited states
Tweet123Share229ShareSend
BitStarz Player Lands $2,459,124 Record Win! Could you be next big winner? Win up to $1,000,000 in One Spin at CryptoSlots