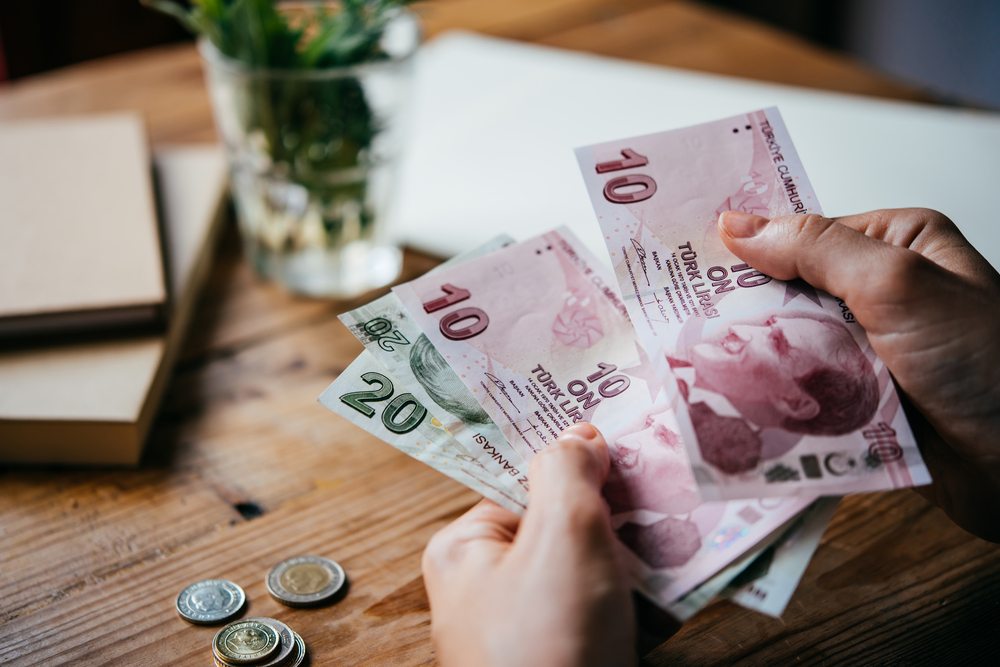 Investors diversify their portfolios by investing in many different assets and foreign currencies. People holding the Turkish Lira will start to liquidate that asset soon, though. The Lira remains the world’s most volatile currency, lost a whopping 11% in value since January 1st. Things are not looking all that positive for the Turkish Lira, and this trend will only continue over the coming weeks.

The year 2017 has been horrible for the Turkish Lira so far. Things went from bad to worse during the first 11 days of the new year. With a total loss in value of 11% against the US Dollar, the Lira will have a hard time recovering. In fact, it appears the current downturn is only the beginning of what is yet to come.

Turkish Lira Is In A Lot of Trouble

Making matters worse is how the promise by Turkey’s central bank to support the Lira did not calm investors’ minds by any means. To be more precise, the currency is headed for its largest five-day loss since 2008. Turkey’s instability, local turmoil, and the fact Erdogan remains the “ruler” of the country are only adding fuel to the fire.

Being labeled as the most volatile currency in the world is not a positive moniker by any means. Any decision made by the Federal Reserve will send a shockwave through the Turkish Lira market. Considering how the Fed plans three more interest rate hikes in 2017, things can get ugly rather quickly. As one would expect, investors and speculators are pumping money into more stable assets to hedge against Lira volatility.

The bigger question is whether or not anything can be done to rectify this situation. President Erdogan may dissuade the central bank from aggressively raising rates to defend the Lira. However, the current downturn will force this decision sooner or later. It only seems to be in the best interest of the Turkish population to introduce this aggressive race soon.

It is not surprising to see the demand for Bitcoin increase in Turkey over the past few weeks. Last week saw a new record for weekly Bitcoin trading volume on the LocalBitcoins platform. Although this is not necessarily a sign of capital flight, it goes to show investors are shifting their focus. The Turkish Lira is not a desirable portfolio asset right now, and future losses are expected.

Tags: bitcoinBitcoin NewsLiraOnlineTurkey
TweetShare
BitStarz Player Lands $2,459,124 Record Win! Could you be next big winner? Win up to $1,000,000 in One Spin at CryptoSlots