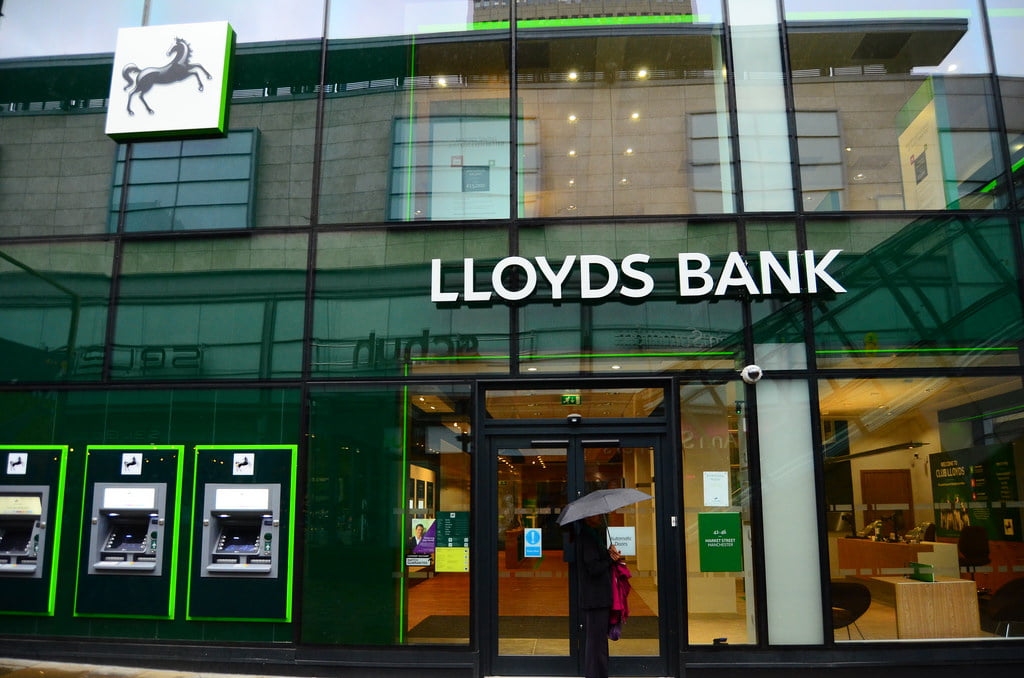 Banks will never be fans of Bitcoin. The concept of it alone is the complete opposite of a bank’s business model which is to make profits from other people’s money. Britain’s biggest bank today took the step of banning its customers from buying Bitcoin using their credit cards.

Lloyd’s Banking Group will tell its 9 million credit card customers that it will block any attempts to buy Bitcoin according to the Telegraph. The king of crypto has suffered heavy losses over the past month, falling by over 50% from over $17,000 at the beginning of January to around $8,000 today.

In an email a company spokesperson said;

“Across Lloyds Bank, Bank of Scotland, Halifax and MBNA, we do not accept credit card transactions involving the purchase of cryptocurrencies,”

The block is only for credit cards to prevent potential heavy losses the bank said, debit cards can still be used to buy crypto. Fears have arisen that people looking for quick profits will be laden with debt should the price continue to fall. A growing number of credit-card issuers are deciding they don’t want to finance a falling knife.

It is believed that hundreds of thousands of Brits flocked to buy cryptocurrencies last year during the big bull run that sent prices through the roof. Prime Minister Theresa May has already warned about the risks involved in investing in crypto. She added that the government needs to take a serious look at the digital currencies which could be used for criminal purposes.

According to Bloomberg three major US banks are taking a similar stance. JPMorgan Chase & Co., Bank of America Corp. and Citigroup Inc. have all stated that they are or will start to block credit card payments for cryptocurrencies. Preventing credit card purchases could cause further downward price action as it has just become a little more difficult to enter the market for many.

Mastercard said last week that cross-border volumes on its network, which is a measure of customer spending abroad, have risen 22% this year, fueled partially by customers using their cards to buy digital currencies.

It is likely that more banks will follow and crypto traders will need to use their own funds to get into the markets.

Tags: bankBank of Americacitigroupcredit cardjp morgan chaseLloyds
TweetShare
BitStarz Player Lands $2,459,124 Record Win! Could you be next big winner? Win up to $1,000,000 in One Spin at CryptoSlots