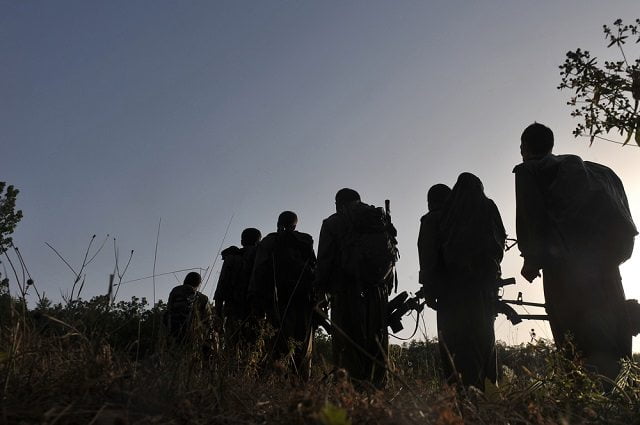 For quite some time now, there have been unfounded rumors about the involvement of Bitcoin in terrorist funding. A new report by the UK parliament touches upon the funding of ISIL, and where the money is coming from. It is not surprising to see zero references to Bitcoin whatsoever. Instead, all of the money is coming through traditional channels.

How ISIL Is Getting Its Funding Together

Cutting off the funding of terrorist groups such as ISIL is a top priority for any government in the world. Unfortunately, that is much easier said than done, as there are various ways to move money around the world without raising suspicion. Cash plays an important role for ISIL, as it contributes to 40% of the group’s revenue.

Other forms of income streams for ISIL include extortion, taxation, oil sales, and donations. That being said, it is not as straightforward to exclude the terrorists from foreign exchange auctions either. Particularly in Iraq, where they have a stranglehold on the economy, it will be hard to cut off the access to finances.

Interestingly enough, one of the preferred methods of laundering money hinges on using regional banks and Money Service Businesses. Once the money has been “cleaned”, it is re-entered into foreign currency auctions, allowing ISIL to make a profit on the exchange rate differential. Profits made during this process were sluiced back into Daesh-controlled areas through the Hawala system. This latter term is interesting, as it consists of regulated and unregulated Money Services Businesses.

But there is more, as ISIL has control over various bank branches in the areas they occupy. Although the Iraqi government attempts to cut off these branches from the financial system, the fight is long and difficult. Over in Syria, nearly two dozen financial institutions continue their operations in ISIL-held territories. The report mentions how some of these banks have ties to the international financial system.

Last but not least, ISIL is getting a fair amount of donations. Albeit the revenue is minimal, there is evidence of donations from within the Gulf States. Alternative Value Transfer Systems are being used as well. There is absolutely no mention of Bitcoin, cryptocurrency, or virtual currency donations in the report.

Bitcoin is Not A Factor In Terrorist Funding

For the longest time, media outlets and governments have pointed the finger of blame at Bitcoin for its alleged role in terrorist funding. But as this report goes to show, Bitcoin is not a factor in the process. The vast majority of funds comes through traditional channels and the banking system. To Bitcoin users, this will hardly be a surprise.

At the same time, this does not mean Bitcoin may not have been used for small donations in the past. There is no evidence pointing to cryptocurrency transactions making their way to ISIL so far. Even if they did take place, it would represent less than a drop of water on a boiling plate. ISIL continues its operations thanks to the banking and traditional financial system.

Tags: bankingbitcoincashdonationsfinancefundingISILNewsOpinionterrorism
TweetShare
BitStarz Player Lands $2,459,124 Record Win! Could you be next big winner? Win up to $1,000,000 in One Spin at CryptoSlots