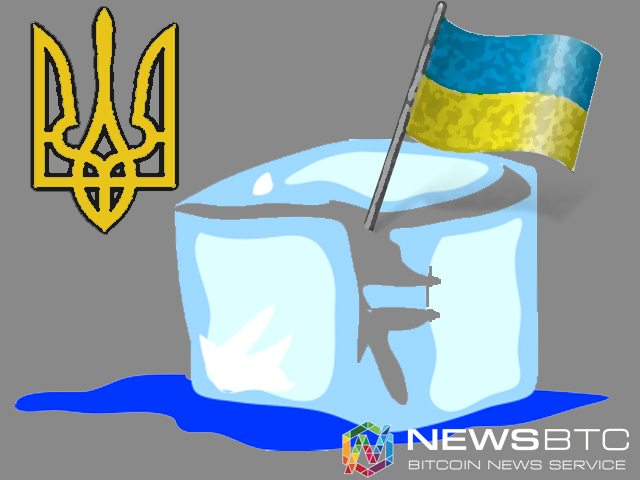 Ukraine Bitcoin License Plans Have Been Put On Ice

Various countries around the world are contemplating whether or not they have to undertake additional action to regulate Bitcoin and cryptocurrency. Until very recently, Ukraine had a Bitcoin License proposal, but that has been killed off very recently.

People who have been following the status of Bitcoin in the Ukraine will remember the efforts made by the Ukrainian Bitcoin Foundation to create a regulatory framework Bitcoin companies could comply with relatively quickly. The first type of this Bitcoin License was not to the liking of cryptocurrency enthusiasts in the country, and through collaboration, a better version had to be created.

Michael Chobanian, the founder of the KUNA Bitcoin Agency, sat together with Ukrainian government officials to revamp the Bitcoin License proposal. In May of last year, it looked like all parties involved could come to some agreement and established a set of guidelines that would not hinder innovation in the country. In fact, a lot of businesses and entrepreneurs in the country seemed to take a liking to this initiative.

It became quite clear to the government that Bitcoin and its underlying technology hold a lot of value for any country in the world. Financial innovation is direly needed across all of Europe and beyond, and Ukraine does not want to be left out of the race. Controlling Bitcoin is impossible, and the sooner government officials realize that, the better.

Unfortunately, the harsh reality set in not too long ago, as Chobanian did not manage to strike common ground with the Ukrainian government and central bank. By the look of things, he will not be pursuing a more favorable Bitcoin License for companies and entrepreneurs in the country, as there is very little to gain for the Bitcoin community in the country. Or to be more precise, they have everything to lose by continuing these efforts.

Some people may argue Bitcoin and other cryptocurrencies are subject to harsh regulation already. No one can deem Bitcoin legal or illegal, and legal entities are not level-headed enough in the Ukraine to listen to a voice of reason by the look of things. Michael Chobanian even went as far as stating:

“Even if we pass the most liberal laws on virtual currencies, I seriously doubt anyone would open companies in Ukraine. Other 147 taxes and currency regulation are still here, let alone the mayhem caused by law enforcement agencies. I’d rather leave it as it is. It’s a perfect format for a time like this.”

This begs the question as to whether or not there is any point in further regulating Bitcoin and blockchain technology, as the current AML and taxation laws seem to cover all bases quite well. Moreover, the technology present in the Bitcoin ecosystem has far outpaced any form of regulation most people can wrap their head around right now. Last but not least, the decentralized nature of Bitcoin does not make any existing laws applicable.

Tags: bitcoinBitcoin LicenseBitcoin Newsbitcoin technologymichael chobanianNewsregulationukraine
Tweet123Share196ShareSend
Win up to $1,000,000 in One Spin at CryptoSlots