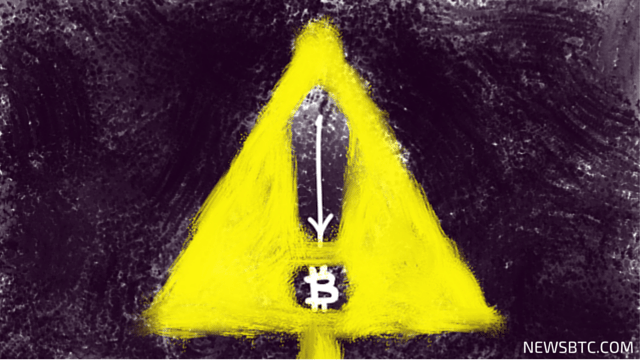 The National Bank of Ukraine (NBU), the country’s central bank, has issued a Bitcoin warning to regional banks and other financial institutions, the second after an year’s gap.

The latest warning comes in the wake of Bitcoin’s growing popularity within the national borders. According to a Ukrainian daily, a recently held Bitcoin conference in capital Kiev has sparked a series of conferences and meetings among the regional banking institutions, a factor that could lead to an organic Bitcoin adoption rate in the country.

But despite growing interests, Bitcoin is still a risky and speculative asset that might hurt individuals financially, in one way or another. NSU’s warning, therefore, appears more to be a reminder for banks and people to stay away from this new technology, until further notice.

Natalia Lapko, the Director of NBU’s payment systems department, had earlier presented a balanced opinion on Bitcoin, saying that she believes in its potential, but also supports the need of regulation for such disruptive technologies.

In this regard, the NBU had admitted to have been studying Bitcoin, saying it will follow a global opinion when it comes to regulating the digital currency.

“Users choose payment methods which the find convenient,” Lapko had said during the Bitcoin Conference Kiev. “The task on our part is: to make them as safe as possible. We keep up with the world community and will not lose this phenomenon as such.”

But according to the very recent comments made by NBU, the international financial institutions and watchdogs have still not reached to any specific conclusion related to Bitcoin regulations. However at this same time, the Ukraine’s central bank executives are attending the World Bank’s International Forum of Retail Payments. A part of this conference includes banks officials from various countries discussing the emerging digital currency sector.

Bitcoin transactions meanwhile remains to be illegal in Ukraine, according to a clarification published by NBU last year.