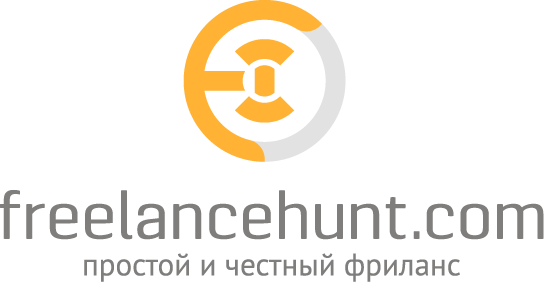 Bitcoin is a very powerful tool to bring more financial freedom to people all over the world. One of the key groups of workers who could benefit from Bitcoin is freelancers. Dealing with different employers and different contracts is a big hassle, so the least a freelancer wants is to accept a uniform payment method that works all over the world. Despite best efforts by traditional finance, they are no match for Bitcoin in this regard.

The Rise of Freelancers In Ukraine And Beyond

It goes without saying this is a booming business in the country, and there is a very high demand all over the world for people with IT expertise. However, there is still a long way to go before IT freelancers will become a major trend in the country, which is where services such as Freelancehunt come into the picture.

Anyone who has ever browsed websites looking for freelancers or promoting other people’s skills will have noticed how this market seems to be Ukrainian-dominated. The reason for this is quite simple: the local economy has been taking a fair amount of punches, leading to a huge devaluation of the Ukrainian hryvnia. More and more companies were forced to reduce costs of operation, and freelancers are far cheaper compared to hiring a regular employee.

Furthermore, this situation is of great benefit to freelancers themselves as well. Even though the number of Ukrainian companies looking for freelancers is still less than 1% right now, there is a growing demand for on-demand IT professionals. Citizens who want to become a freelancer in the IT sector will have plenty of branches to specialize in, ranging from mobile development to website maintenance and even video editing.

A similar trend can be noted all over the world, as the number of freelancers is growing on a global scale. Plenty of people want to be their boss while still putting in the work hours doing something they enjoy. Traditional job opportunities do not always offer this golden combination, making it even more attractive to go into business for oneself.

It was only a matter of time until Ukrainian freelance websites started exploring the boundaries of Bitcoin payments. Freelancehunt is one of the first platforms to do so, and the bold decision might start paying dividends in the very near future. After all, Bitcoin is the only global currency in the world today, and the frictionless nature of digital currency is beneficial to freelancers all over the world.

Furthermore, Bitcoin removes the risk of fraudulent payments, as there is no way to charge back funds once digital currency has been spent. Plus, there are no hidden fees to deal with for the recipient, as all of the transaction costs – minimal as they are – will be paid by the sender. With payments completed in a matter of seconds, there is no better time for freelancers to start accepting Bitcoin payments.

Last but not least, there is the option for freelancers to convert their Bitcoin payments to local currency, or simply keep it in Bitcoin. With the Ukrainian hryvnia losing a lot of its value in recent years, keeping a portion of the funds in Bitcoin might be the better option. However, this decision is up to the end user, as they are in full control of their finances at all times.

Tags: Aivaras AbromaviciusbitcoinFreelanceFreelancehuntITOpinionukraine
TweetShare
BitStarz Player Lands $2,459,124 Record Win! Could you be next big winner? Win up to $1,000,000 in One Spin at CryptoSlots