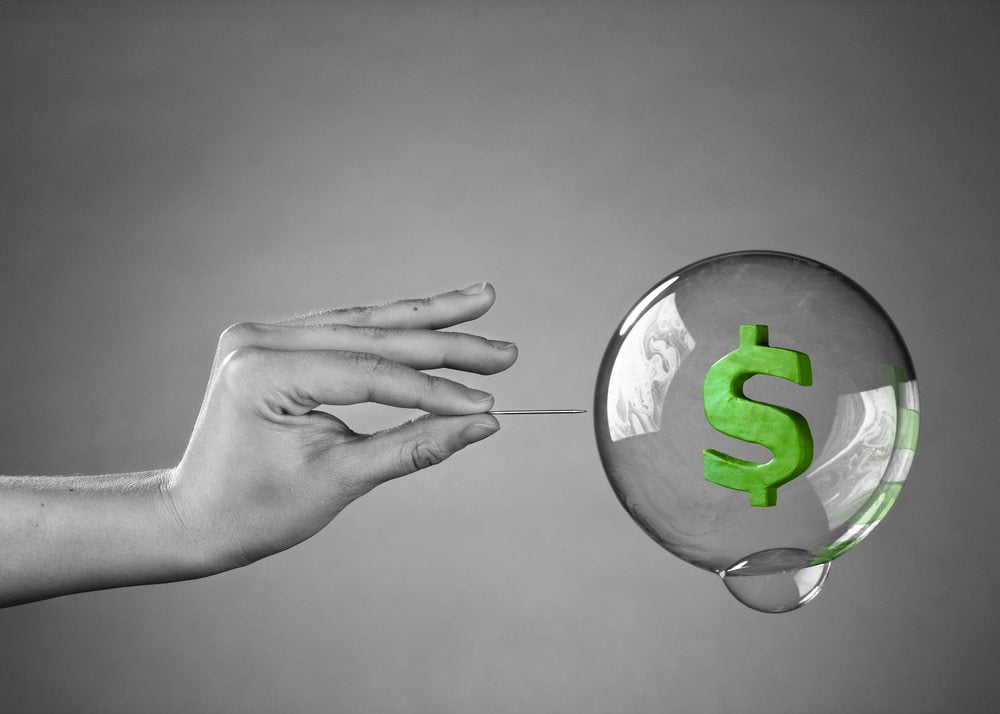 The US economy continues to dominate the financial news these days. Although there is no immediate cause for concern, things may turn around at any given moment. Some experts claim several bubbles are about to burst, all of which will have a major impact on the US economy. This opens up new opportunities for bitcoin and other alternative forms of finance.

To put this news into perspective, it remains unclear if the US economy will see a major shake-up soon. It is true there has been severe degradation over the past few years. Several warning signs have become visible and things are not improving by any means. While some people prefer to ignore the possibilities of a major crash, it should not be overlooked so easily.

Bursting Bubbles Are Ahead For The US Economy

Several bubbles are on the brink of bursting, depending on whom you ask the question to. First of all, there is the real estate sector. Financial institutions owe over US$14tn in real estate loans right now That equals to roughly US$40,000 for every individual living in the USA right now. Such a huge mountain of outstanding debt cannot be sustained indefinitely.

Additionally, the student loan debt in the US continues to grow every single year. Right now, the total tally sits at over US$1tn, although it is expected to keep rising. A growing number of student loans are in default, leading to a bubble that will need to burst sooner rather than later.

Add the ongoing struggles in the stock market on top of these perils, and it is not hard to see why people are showing concern. The low interest rates are not helping matters much either right now, that much is certain. There is only so much money and debt to go around before something has to give. For the US economy, once the dam is breached, there will be no way to plug up the holes anytinme soon.

All of these problems combined paint a very troubling future for the US economy. Consumers and enterprises need to start hedging against future turmoil. The best asset to do so is bitcoin, as it remains one of the world’s best-performing currencies to date. Growing mountains of debt will eventually lead to a crisis and a collapsing US Dollar. Diversification of financial assets is key and bitcoin is the best way to do so. Ignoring these problems will not help anyone.