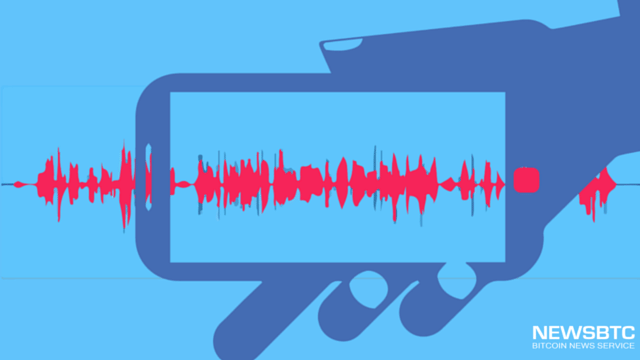 Keeping financial wealth safe and secure is of the utmost importance to consumers all over the world. With financial services not being available to everyone on this planet, alternative ideas are being tossed around, and Paytm has come up with a new concept to let users transfer money through ultrasonic sound waves. A similar concept has been proposed for Bitcoin wallet purposes at Inside Bitcoins Berlin in 2015.

On paper, the idea of using ultrasonic sound waves to transfer money and make payments might seem a bit ridiculous, but there are a few merits to this concept. Even though this technology is still in its early stages, Paytm has come up with a solution for both merchants and consumers.

The way the system works is relatively easy: the mobile Paytm app will feature a “sound pay” button. Once this button has been pressed, the app will emit ultrasonic sound waves that contain data. Included in this data is the amount to be paid by the consumer, as well as their own credentials for completing the process. In a way, this is one of the first true forms of contactless payments in the traditional financial world.

Such a new payment system would be of little to no use if proper security measures were not implemented. For example, payments will not complete unless the customer’s Paytm wallet contains enough funds. However, Paytm did not comment on how the security process for these ultrasonic sound waves will be handled.

One thing to note about ultrasonic sound waves is how the human ear is incapable of capturing this “noise.” This same type of technology is used to measure distances, detecting invisible flaws in structures, and creating ultrasounds for pregnant women. It is the first time this type of technology will be used to facilitate payments between users, though.

According to Wikipedia, there are some safety concerns to take into consideration when dealing with ultrasound on a regular basis. Hearing loss, physical overheating, and eventual death are all possible side effects of extended exposure to ultrasonic sound waves. Keeping this information in mind, the question becomes whether or not this technology is even viable in a commercial environment.

A Sound-based Wallet For Bitcoin

It is not the first time sound is being considered as a tool to protect consumer finances, though. During the Inside Bitcoins Berlin conference in 2015, Soundwallet presented their project. At its core, the project creates an additional layer of security for Bitcoin users through a playing of recorded music. But there is a twist, as this recording has to be played through a spectrograph to be used.

By using sound as a private key to one’s Bitcoin wallet, a whole new financial experience is created. As one would come to expect from such a project, security is of the utmost importance, and there are certain restrictions put in place when it comes to which type of audio can be used to generate a new private key.

Raw audio will provide the best quality whereas MP3s are often subject to quality loss. Due to the compression used in MP3 files, the high fidelity quality required to create a unique private key cannot be achieved. For those users who prefer digitized sound files, the raw WAV format is the way to go.

It is worth noting that Soundwallet does more than just generate a private key from a sound. Playing back the original track used for the key generation process will also sign transactions, making it all but impossible for people to steal someone else’s Bitcoin balance. After all, unless they obtain the exact source of the sound, they will not be able to sign off on transactions.

Tags: bitcoinbitcoin walletmobileNewspaymentsPayTMSoundSoundwalletUltrasonic
Tweet123Share196ShareSend
Win up to $1,000,000 in One Spin at CryptoSlots