VC Greed Will Destroy Bitcoin From Within 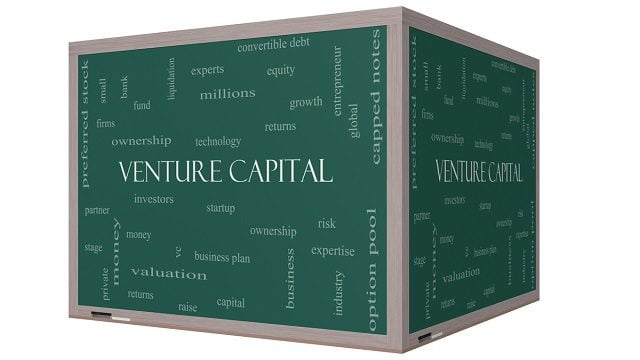 The Bitcoin industry has seen a big interest from VC’s all over the world in recent years, resulting in a lot of exciting blockchain projects to be in development.  However, VC’s are not the most patient people, as they want to establish a timeline to achieve a return on investment as soon as possible. This clash between VC expectations and the time required for proper research and development of blockchain solutions is a major threat to Bitcoin.

VC Funding Is A Double-Edged Sword

A lot of Bitcoin companies and projects would be nowhere today without the backing of wealthy VC’s as it is quite expensive to run a business in the financial world. While there are quite a few Bitcoin entrepreneurs who had earned a lot of money in the past, it is always good to get some VC funding involved along the way.

After all, there is a lot more to venture capitalist support than just the financial side of things. These individuals have years of experience in the financial and technology industry, and they will guide startups and entrepreneurs to ensure their business plan is robust. Such a combination of money with expertise and knowledge make it invaluable to have the backing of a VC in the Bitcoin industry.

That being said, there is the topic of expectations associated with the investment made by a VC. Whenever somebody puts a lot of money into a company or business idea, there is the unspoken expectation of making a return on investment sooner rather than later. While most of these wealthy individuals will acknowledge research and development will not happen overnight, they will not wait years to see some form of a return either.

Investments in any industry are all about achieving a return as soon as possible. Bitcoin and the blockchain are both hot industries right now, and the amount of funds flowing into the digital currency ecosystem is all part of the VC crowd wanting to be part of the next big thing. But at the same time, they remain on the lookout for additional opportunities, which is why they want to recover some funds from their Bitcoin investment sooner rather than later.

Clashing interest between wanting to be part of the next big thing and trying to achieve a fast ROI do not mix well in the Bitcoin industry. These expectations put a lot of stress on startups and entrepreneurs, forcing them to rush the job or make wrong decisions which will ultimately lead to failure of the concept.

Moreover, a VC has quite a say in the direction of Bitcoin projects and how things should be handled. Not all startups or entrepreneurs want to risk standing up to investors, as they are afraid to lose financial backing. Certain individuals in the VC landscape are even looking to detach Bitcoin from the blockchain, as they are interested in the technology rather than the entire ecosystem.

Too Many Blockchains Is Counterproductive

Over the past few months, various alternative blockchain solutions have started getting a lot of attention. On the one hand, there is Bitcoin 2.0 project Ethereum, which has recently been added to Microsoft Azure’s platform. Furthermore, the R3 CEV consortium is looking to merge private blockchains with banking infrastructure. In fact, they employed the services of five different blockchain service providers, none of which are related to Bitcoin itself in any way.

A wedge is being driven between those who want to focus on Bitcoin and its blockchain and those who just want to make quick profits. Unfortunately, the average VC will be found in the latter category, which is not making the job any easier for startups and entrepreneurs. Being passionate about Bitcoin is no longer sufficient to attract investors, as most of them want to steer away from Bitcoin as far as possible and solely focus on the blockchain.