What Can China Teach Russia About Bitcoin? 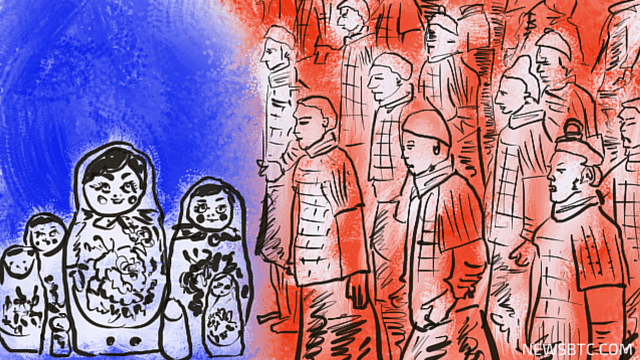 Is China turning to bitcoin?

According to Bitcoinist, the country is purchasing massive amounts of the virtual coin after the yuan experienced a massive drop in value this past month. The hefty increase in price we’ve seen over the weekend could be a direct result of the purchasing.

The situation is presenting something that many thought they’d never witness. Earlier this year, Chinese authorities were debating back and forth on a possible bitcoin ban, following the massive hack that took place on exchange BTER, and the sudden bankruptcy of MyCoin, which saw millions of investors’ dollars disappear within days. Despite any past arguments, Chinese officials are now actually considering bitcoin’s usage and value, wondering if it could have a solid place in Chinese society.

Like China, Russia has had a rocky relationship with the digital currency. Believing it to be a magnet for criminal and terrorist activity, the land of hammers and sickles has ignored any possible potential it may present, and turned away from what it considers to be a “coin of crime.”

Also like China, the country has experienced a massive drop in its native currency, the ruble. However, where these two countries differ is in their attitudes and approaches to what can be considered similar scenarios. While China is actually looking at bitcoin as a possible solution, Russia has gone so far as to illegalize many of the activities surrounding it. Those who deal in bitcoin are currently threatened with prison time and heavy fees.

Both China and Russia have experienced trouble with bitcoin and the lack of security it has offered up to this point, but while Russia has turned away from bitcoin, China now appears to be looking to it.

Could Russia learn from China’s ideas? Is it possible the digital currency could bring both countries back from the shadows? Post your comments below.