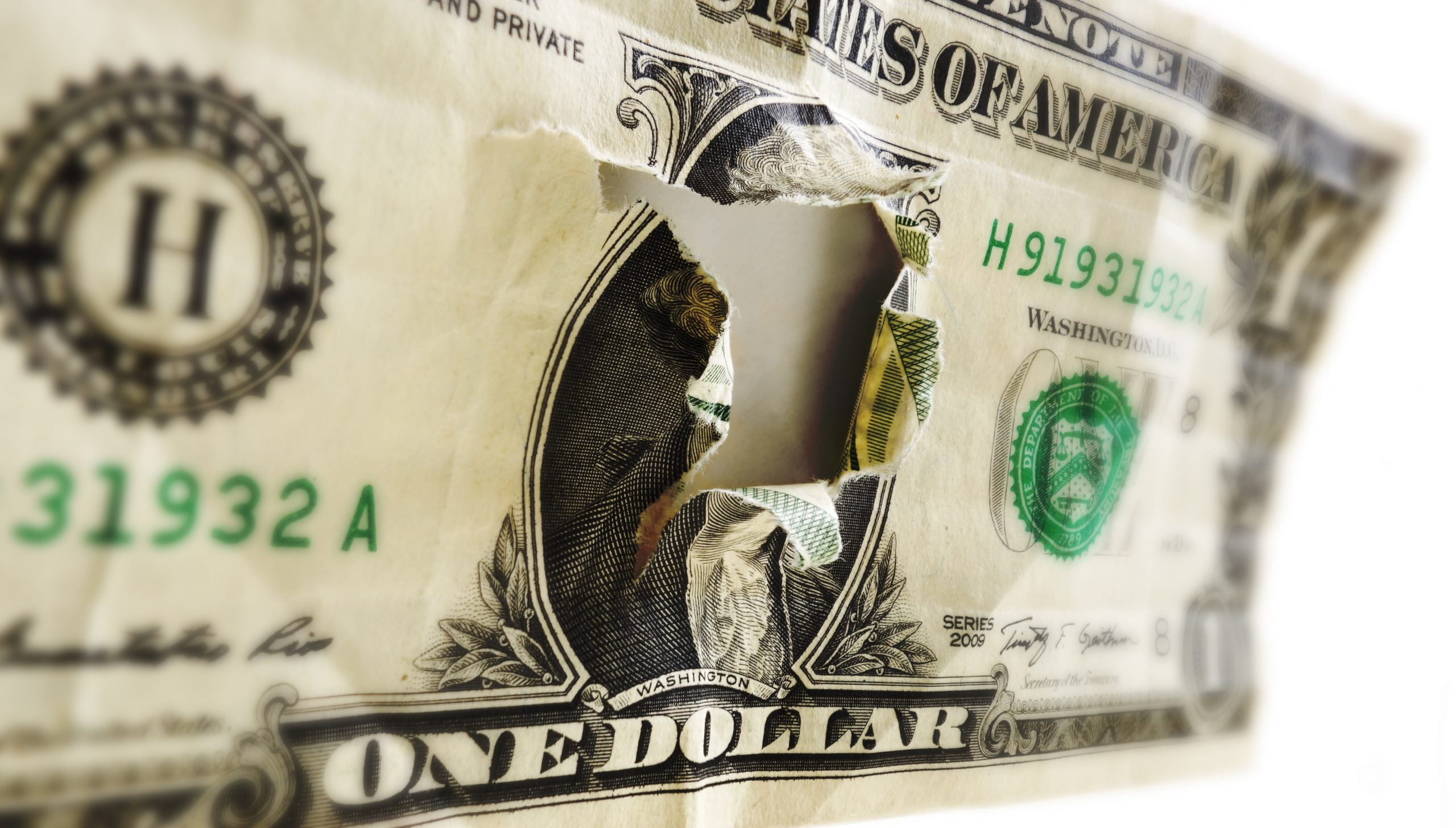 The dollar has been on a steady decline since the pandemic first struck. Weakness in the global reserve currency has allowed gold, Bitcoin, and other assets to shine.

However, either a major rebound is beginning, or the dollar is about to experience another massive drop. The asset is clearly at a ‘do or die’ moment, but how will further downside in the dollar impact the leading cryptocurrency?

The Dollar’s Ongoing Demise and Fall From Global Reserve Grace

The dollar is the most dominant force in the finance world, but when you’re on top, everyone wants to see you fall. Recently, the dollar has been declining, allowing competing assets and currencies like Bitcoin, gold, and the yuan to gain ground.

The weight of its global reserve currency status has caused it to crack under pressure. Money supply being printed to prevent further economic slowdown has only further harmed the dollar’s reign.

Further amplifying the issue, as more money supply has been printed, it hasn’t all went into stimulating economic recovery. As ROI has clearly demonstrated, some of the stimulus money has gone directly into crypto assets like Bitcoin and Ethereum, or precious metals silver and gold.

Related Reading | ETF Manager CEO: Bitcoin Has Cemented Itself As A Dollar Alternative

The thing these assets rising while the dollar drops have in common is a limited supply. Dollars are being made out of thin air. Meanwhile, the limited supply in these assets prompts their valuations in USD to rise due to inflation.

It has also allowed other competing currencies to make a run for the top currency, such as China’s yuan.

But as dollar sentiment dropped to extremes, a reversal appears to be brewing that could be harmful to the same assets that benefitted from its drop.

Sentiment has fallen to the point where reversals have taken place before, there’s a TD 9 buy setup on daily timeframes, and several other bullish signals in the dollar.

But comparing the DXY Dollar Currency Index to historical Bitcoin charts perhaps provides another take on what to expect from USD. Will Bitcoin’s Next Bull Run Begin With The Continued Collapse of Cash?

According to a chart shared by a prominent Bitcoin analyst, ebbs and flows in the dollar have directly correlated to strength and weakness in Bitcoin. For example, the last time DXY traded at these levels, the cryptocurrency was trading at nearly $20,000.

The currency broke down from a clearly defined trading range but was able to recapture it, rising steadily until Black Thursday. Black Thursday sent Bitcoin tumbling and the dollar rocketing as investors cashed everything out into the primary safe haven: USD. Even other safe havens like gold collapsed in the selloff.

Gold has since set a new all-time high, and Bitcoin has potentially broken up into a new uptrend. But the dollar’s reversal could put an abrupt end to any bullishness in the asset unless another scenario plays out.

Given the severity of the pandemic, the upcoming US election, and all the challenges the United States is facing, the dollar could fall out of this range for good – or at least long enough for Bitcoin to make another wild run like it did in 2017.

Conditions this time around are unique, and potentially the perfect storm for Bitcoin. Will the dollar rebound, or will it instead fall and let cryptocurrency bulls head off to the races?