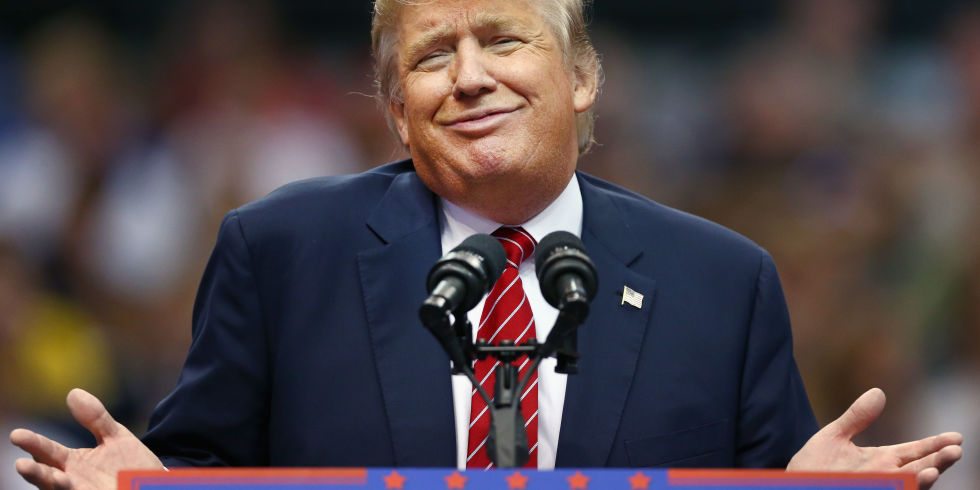 Will Bitcoin Reach $2,000 During Trump’s Presidency?

Whether you agree with Donald Trump’s politics or not, you have to admit he’s done wonders for bitcoin.

Following the election results, trading skyrocketed on platforms ranging from ZebPay to Digital Currency Group. Saurabh Agrawal, co-founder of ZebPay explained, “There has been a spike in volumes of bitcoin trading by about 20 percent, and even we are seeing a surge in trading in recent weeks.”

But this was mere child’s play according to what’s purportedly around the corner. According to a new report from Saxo Bank, Trump is set to introduce economic stimulus policies which could inherently lead to inflation and take a nasty turn. Should this occur, one bitcoin could reach as high as $2,000 by 2017.

One of the first things that happens when inflation strikes is a rise in interest rates. The Federal Reserve uses this tactic as a means of bringing things under control and allowing the U.S. dollar to appreciate. Chief economist at Saxo Bank Steen Jakobsen explains:

“This creates a domino effect in emerging markets and China in particular, leading people globally to look for alternative forms of currencies and payment systems not tied to central banks that have exhausted monetary policies or crony governments that are in full financial repression mode, nor transaction systems that are long overdue for a revolution.”

The irony is that Jakobsen would bring up China, which is thought to be the primary influencer of bitcoin’s recent price jumps. With the devaluation of the yuan, bitcoin has become increasingly popular throughout China. If a similar situation is witnessed in the U.S., another superpower, it’s logical to believe bitcoin’s popularity in America could stimulate even further price hikes throughout the years of the upcoming administration.

Saxon Bank has further commented that if Trump’s “fiscal spending” plans go through, America’s national debt could increase and its budget deficit may nearly double.

BitStarz Player Lands $2,459,124 Record Win! Could you be next big winner?
Get 110 USDT Futures Bonus for FREE!
Tags: bitcoinBitcoin NewsinflationNewsSaurabh AgrawalSaxo BankSteen JakobsenTrumpzebpay
Tweet123Share196ShareSend
Win up to $1,000,000 in One Spin at CryptoSlots