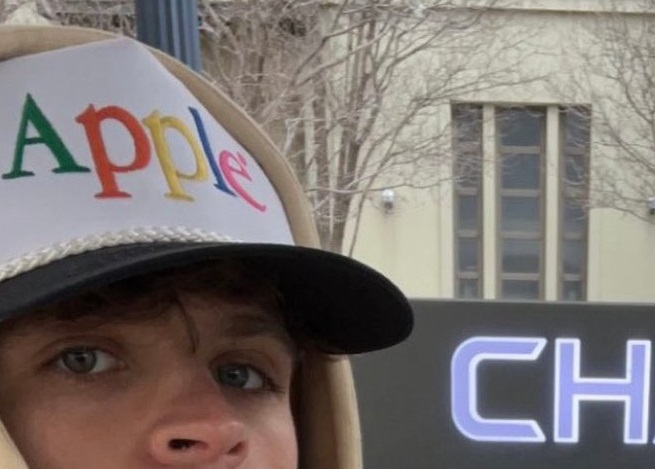 Will Strike Announce A Partnership With Apple At Bitcoin 2022? Here’s The 411

Is Apple ripe for bitcoin adoption? Something’s up with Strike’s CEO. Through Twitter, Jack Mallers seems to be dropping clue after clue. And the Bitcoin 2022 conference is next week in Miami. Last year, in the same event, Mallers himself announced that El Salvador would make bitcoin legal tender. Definitely one of the biggest news items of 2021. What will he and other guests of honor announce this time?

Could bitcoin-only Strike be about to announce an Apple partnership? How would such gigantic news affect the market? Let’s analyze Mallers’ cryptic tweets and see what we come up with.

It all started with what appears to be a teaser for Mallers’ still-untitled “Announcement Keynote” at Bitcoin 2022. “With Bitcoin as the monetary network, the financial system will be cheaper, faster, more innovative, and more inclusive,” the Strike CEO wrote.

With #Bitcoin as the monetary network, the financial system will be cheaper, faster, more innovative, and more inclusive.

Ok, but what does it have to do with Apple? You saw it and you missed it. In the photo, Jack Mallers’ hat features an old-school Apple logo while he’s flipping the bird to a Chase ATM.

That’s not all, is he referencing the photo of Steve Jobs flipping the bird to an IBM building? That might seem like a stretch, but that’s only because we haven’t shown you the other set of Apple-related tweets.  First, the Strike CEO posted the classic Think Different, “here’s to the crazy ones” Apple ad.

The comments exploded, the ad’s relationship to the hat’s logo wasn’t lost on people. Everybody knows that the Bitcoin 2022 conference starts in a week or so and companies have been holding their announcements. Is there something going on with Strike and Apple?

Then, Mallers threw us a curveball. He posted the also classic “Got Milk” ad. Maybe Mallers has just been watching old-school advertisement.

But wait, then he tweeted a classic Steve Jobs speech in which the former Apple CEO references the “Got Milk” ads saying:

“The dairy industry tried for twenty years to convince you that milk was good for you. It’s a lie but they tried anyway. And the sales were going like this [signalizing downward]. And then they tried “Got Milk” and the sales are going like this [signalizing upwards]. Got Milk doesn’t even talk about the product – as a matter of fact, the focus is on the absence of the product.”

And that’s where we are with Jack Maller’s Apple tweets.

Is Bloomberg Suggesting Something?

Does Bloomberg know something we don’t? First, they published an article titled “Apple Is Crypto’s Biggest Wild Card” in which they quote “Ric Burton, an early contributor to the Ethereum project” speculating:

“As crypto assets make up a larger portion of people’s net worth, they’ll prioritize security and privacy,” Burton says. “Cook has pushed those features from the beginning. Compared to other Big Tech players (Google, Meta), I trust Apple to do the right thing for people if it goes the crypto route.”

Yesterday, they published another article, this one titled “Apple Working to Bring More Financial Services In-House.” “The project has been dubbed “Breakout” internally, underscoring the idea of breaking away from the existing financial system,” the article says. It describes project breakout as:

“A multiyear plan would bring a wide range of financial tasks in-house, said the people, who asked not to be identified because the plans aren’t public. That includes payment processing, risk assessment for lending, fraud analysis, credit checks and additional customer-service functions such as the handling of disputes.”

Does this point directly at Strike and Bitcoin integration? No, it doesn’t. However, it shows the direction that Apple is pointing to as a company. Their ApplePay product is successful and the company is looking into financial services as a whole. The Twitterati has been cautious about the possibility of an Apple and Strike partnership. The evidence is circumstantial at best and there’s no point celebrating just yet. However, interesting information and theories are already circulating. These are some of the best ones:

? BREAKING: Senator Lummis says, “@jackmallers and @Strike will make an announcement next month.” On their work with the Lightning network.

While it would be exciting if @Strike partners with Apple. Strike will likely integrate Apple's upcoming Tap to Pay feature and make #Bitcoin more usable and accessible for humanity.https://t.co/yixQakspxn

Apple’s new #Bitcoin logos for their OS. It’s probably nothing… ?

So, when Apple announces that it has integrated #Bitcoin into ApplePay, are you still going to insist it is going to zero?

And that’s where we are with Twitter-based information and theories regarding Apple and Strike.