Will Trump and Bitcoin be Good Partners 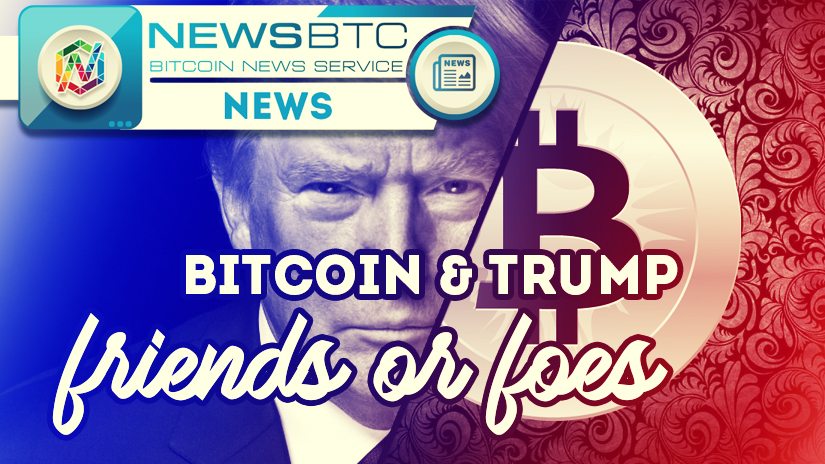 Donald Trump is definitely one of the most controversial and polarizing figures of our times. So much so, that his win in the elections had led to an air of uncertainty in the world economy causing it to stumble as a result.

The only asset to thrive in the aftermath of Trump’s win was Bitcoin, strengthening its status as the modern day safe haven.

January 20th 2017, marked the day of Donald J. Trump’s inauguration as the 45th president of the United States of America. As a result, the discussion around Trump’s influence on the world economy including Bitcoin has only gained more traction.

And as is with every other political issue regarding Trump and his team, it’s still quite unclear what to expect. But there seems to be a general consensus in the crypto community that whatever Trump’s broader policies turn out to be, Bitcoin only stands to gain from his term as the president of the United States of America.

The main reason that is making Bitcoin enthusiasts hopeful about Trump’s presidency is the inclusion of Bitcoin supporters like Peter Thiel and Mick Mulvaney in his team.

Peter Thiel, co-founder of PayPal, is a Bitcoin enthusiast and has invested into several Bitcoin companies, namely Bitpay and 21.co. Thiel is a part of Trump’s transition team and has two of his contacts on the shortlist as new head of the Food and Drug Administration (FDA): Jim O’Neill and Balaji Srinivasan.

Again, Balaji Srinivasan is the CEO and founder of 21.co. It is one of the best-funded Bitcoin startups so far. And even though the FDA has nothing really to do with Bitcoin, having some Bitcoiners in Trump’s broader team is a win for the Bitcoin community.

Mick Mulvaney, the designated Director of the Office of Management and Budget under Trump, is even more important as the representative of the crypto community because he is more outspoken about Bitcoin, Blockchain technology and cryptocurrencies in general.

He is also one of the founders of the bipartisan Blockchain caucus, a program aimed at educating Congress about Bitcoin and Blockchain technology.

So, it is definitely expected of the Trump administration to be at least more accepting of the cryptocurrencies, even if they will not necessarily embrace them.

And in what is being assumed as the alternative scenario, Trump’s presidency could spell doom for markets and cash as we know it. Trump is seen as destabilizing global force because of his political stance and policies. And as witnessed after Trump’s win, the uncertainty can cause people to hoard assets like Bitcoin and gold, both considered as a hedge against global and national uncertainty. Which will only lead the Bitcoin prices to skyrocket, making the investors extremely happy.

Tags: bitcoinBitcoin NewsblockchainDonald TrumpTrump
TweetShare
BitStarz Player Lands $2,459,124 Record Win! Could you be next big winner? Win up to $1,000,000 in One Spin at CryptoSlots