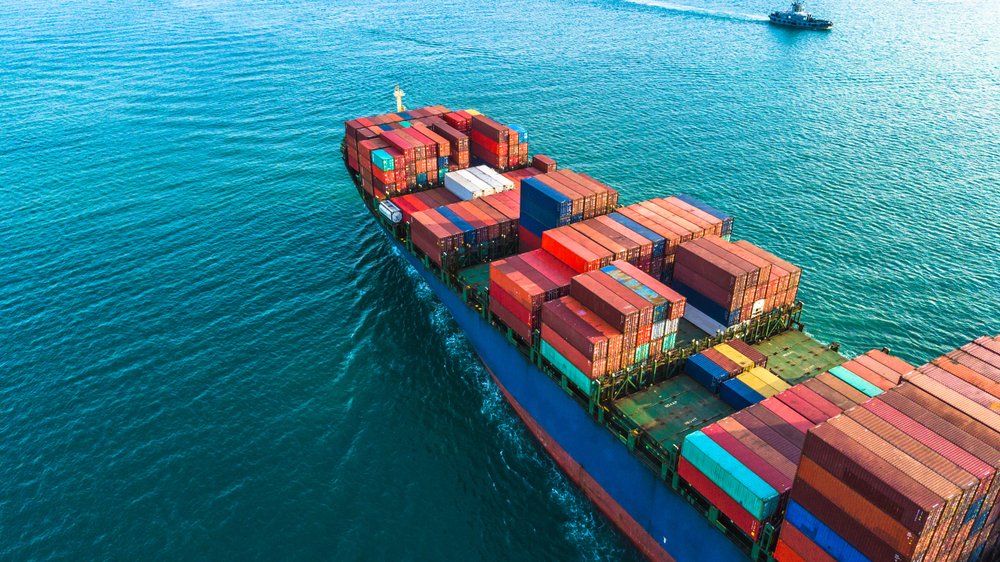 Following in the footsteps of other global leaders in industries such as precious metals and food wholesale, trendsetters in the shipping and freight industry are now using the smart contract-enabled Bitcoin blockchain to securely and transparently conduct business and collaborate more efficiently with partners along the entire supply line.

Today, October 25, the decentralized logistics platform dexFreight announced the completion its first blockchain-based shipment using smart contracts, which saw a 5,320-lb frozen food shipment travel from Preferred Freezer Services in Medley, FL to Manny’s Enterprises, Inc, in Sunrise, FL. This move by dexFreight is a far cry from the first food purchase made on the Bitcoin blockchain on May 22, 2011, the now infamous Bitcoin Pizza day which marks the first time the coin was used to order food: two delivery pizzas.

“This is a huge milestone towards an imminent transformation of the logistics industry through the adoption of blockchain technology,” wrote Rajat Rajbhandari CEO and co-founder of dexFreight on the company’s blog. “Our platform aims for a truly decentralized model, open to all the stakeholders, and allowing for a new world of services that will bring much needed optimization and liquidity to this industry.”

dexFreight’s platform, which envisions an ecosystem of open source protocols, blockchain, and machine learning technologies, allows the shipper and carrier to directly connect, negotiate rates, and schedule pickup and delivery. The company claims their new operating system will deliver unprecedented transparency, accountability, as well as a layer of trust that is currently lacking in the world of logistics.

It features an industry-first blockchain-based verified identity and objective reputation system derived from smart contract data. This will permit the company to gather and analyze key performance indicators such as on-time pick-up and delivery, on-time payments, loading and unloading times, and freight claims.

As this trove of data grows, it will increasingly help shippers and third parties streamline the carrier onboarding process while reducing associated liability risk, according to dexFreight and its partner RSK, the first smart contract platform secured by and operated on the Bitcoin blockchain:

“With the use of smart contracts, companies like dexFreight can transfer value and assets between parties on our platform,” wrote RSK CEO Diego Gutierrez. “With a defined set of rules, in this case for logistics, all participants know that their business needs will be fulfilled without anyone altering their agreement or changing the rules.”

In May, one of the world’s largest diamond boutiques De Beers announced the successful completion of a blockchain pilot for tracking diamonds along the entire value chain: from mine, to cutter, to polisher, and, finally, to jeweler. This marked the first time a diamond’s journey was digitally tracked from mine to retail.

To make it happen, DeBeers developed a blockchain platform called Tracr. Following the successful completion of its trial run, the Tracr blockchain is set for a full launch before the end of the year, when the platform will be open to the entire industry.

In fact, five leading diamond manufacturers — Diacore, Diarough, KGK Group, Rosy Blue NV, and Venus Jewel — worked with De Beers throughout the entire process, playing integral rolls in the development of Tracr. According to De Beers, these manufacturers were chosen as partners because they have significant experience in the processing of large stones as well as broad coverage across the midstream of the industry.

Another company tapping into the blockchain is Walmart. In partnership with IBM and Tsingua University’s National Engineering Laboratory for E-Commerce Technologies, the global food giant is testing the blockchain to efficiently track food products in real time through the supply chain.

Although still in its infancy, Walmart’s blockchain project has already greatly reduced its tracking times. This, in turn, has increased food safety, one of the main reason the company hopped on the blockchain bandwagon according to Vice President of food safety and health Frank Yiannas.

Tags: bitcoinblockchaincryptocurrencysmart contractwalmart
Tweet123Share196ShareSend
BitStarz Player Lands $2,459,124 Record Win! Could you be next big winner? Win up to $1,000,000 in One Spin at CryptoSlots