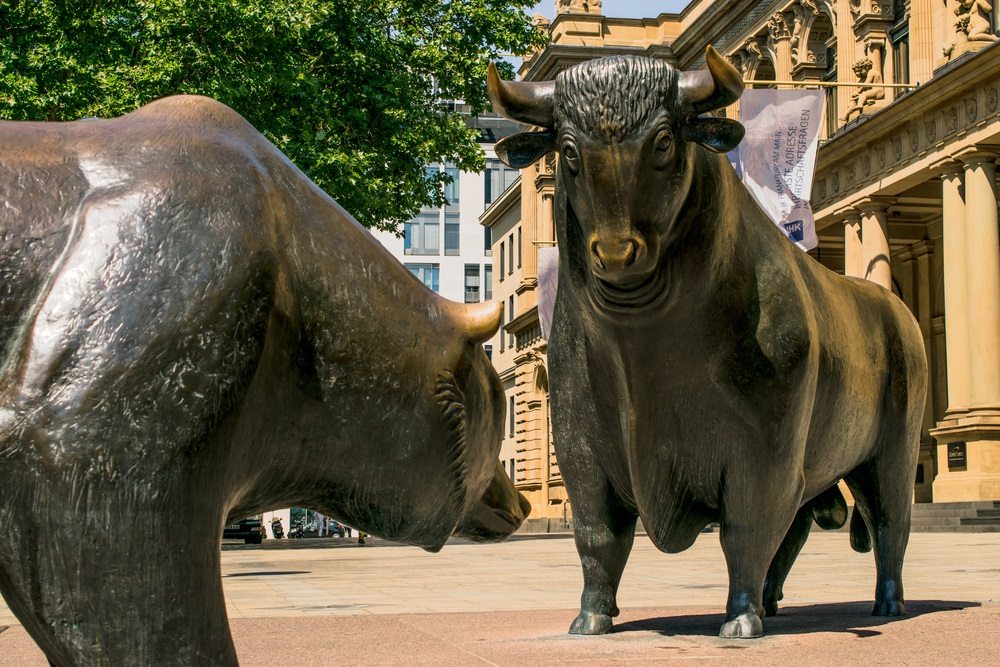 Deutsche Börse AG, which owns the largest German stock exchange, is examining a potential move into the blockchain space according to reports.

This follows the introduction of Bitcoin Futures by American rivals and plans for a cryptocurrency trading app by the #2 German stock exchange.

Race to Catch up with Rivals

Head of clients, products and core markets, Jeffrey Tessler spoke at an industry event on Wednesday, which was organized by the Association for Financial Markets in Europe. At the London event, he stated that they are looking into offering cryptocurrency products and are ‘deep at work’.

Bloomberg reported that Tessler said: “Before we move forward with anything like Bitcoin we want to make sure we understand the underlying transaction which isn’t the easiest thing to do.”

Blockchain technology offers several advantages in the financial sector, including greater speed and transparency of transactions. However, it has not yet become user-friendly as addresses are currently hash functions and there can be mistakes when cryptocurrencies are integrated into exchanges. Some banks have been quick to adapt to the potential, and Santander recently released an app for cross-border transactions called One Pay FX.

Rival German stock exchange Börse Stuttgart announced plans in April that they will release a cryptocurrency trading app this year. Sowa Labs, a subsidiary of the exchange, will provide commission-free trading for several of the largest cryptocurrencies by market cap. The application will be called Bison and is aimed to be released in September.

There is a lot of volatility in cryptocurrency markets as prices can fluctuate by 10% or more daily. This is likely to decrease as the technology becomes more widely used. Institutions have to be more careful about regulation than individuals as they are subject to legal requirements. One possible restriction will be GDPR as holders of information of EU citizens will be required to delete information if requested and this may not be possible on an immutable ledger.

Commerzbank announced today that they successfully used blockchain technology to confirm an FX transaction with ThyssenKrupp. They expressed support over the potential benefits of using distributed ledger technology, but pointed out that the regulations are needed to implement it across the board.

In a statement, Commerzbank said: “However, to fully realize these efficiency gains, technical, regulatory and legal requirements need to further develop.”

Blockchain companies across the world are waiting for regulation and some are actively seeking it. Ripple, who donated $4m in XRP to Ellen DeGeneres’ wildlife fund yesterday, have stated publicly that they aim to work with regulators. He argued the blockchain revolution will happen inside the system, instead of bringing it down.