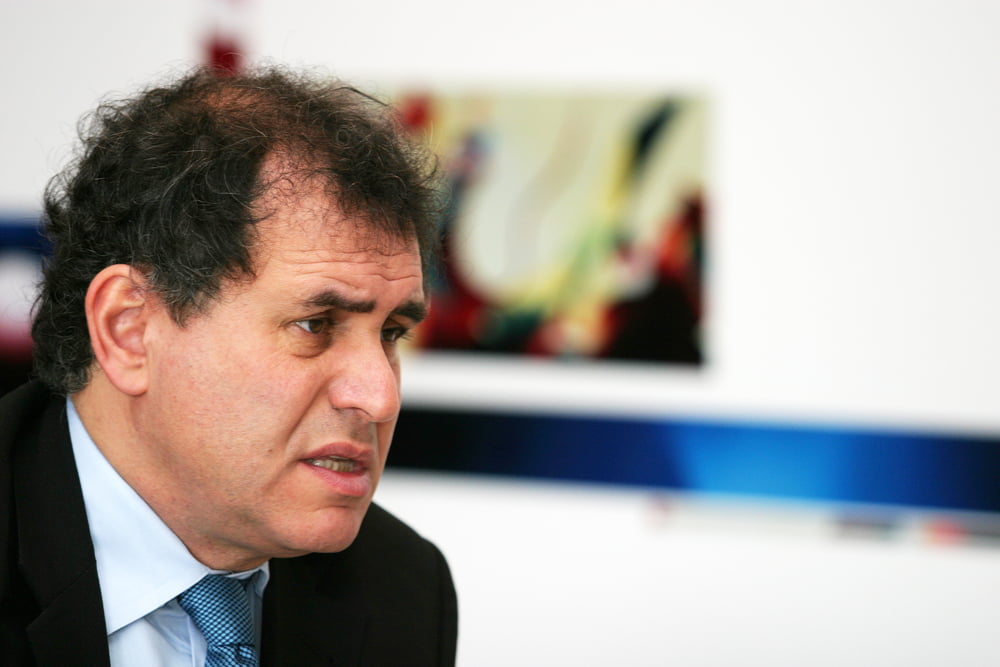 Controversial economist and professor at New York University’s Stern School of Business, Nouriel Roubini, has long been a detractor of cryptocurrencies, first warning investors against the “scam” in 2013.

Since his widely reported tirade against the cryptocurrency, its price has risen 11x, mainly due to increased adoption and growing promise.

Despite being undeniably wrong about cryptocurrency so far, Roubini has since doubled down on his original claims, now expanding his attack on cryptocurrency to the technology that underpins it: blockchain.

In a recent post on Project Syndicate, Roubini wrote an article titled “The Big Blockchain Lie,” in which he speculates that blockchain and DLT technology will shortly become obsolete.

He begins his attack on the technology by highlighting the recent cryptocurrency market crash, exclaiming that many cryptocurrencies are down 80%+ through the course of 2018, equating the price action of the volatile markets to their adoption and success as fintech products.

Roubini neglects to mention that many of these cryptocurrencies are still up significantly on a one or two-year price chart.

With regards to blockchain technology, Roubini describes it as being the “last refuge of the crypto scoundrel,” explaining that it is the “most overhyped – and least useful – technology in human history,” expanding on this cruel and inaccurate observation by referring to it as a “glorified spreadsheet.”

Nouriel also equates blockchain technology to being a sword that libertarians use to plot the destruction of governments, financial institutions, and central banks.

“In practice, blockchain is nothing more than a glorified spreadsheet. But it has also become the byword for a libertarian ideology that treats all governments, central banks, traditional financial institutions, and real-world currencies as evil concentrations of power that must be destroyed. Blockchain fundamentalists’ ideal world is one in which all economic activity and human interactions are subject to anarchist or libertarian decentralization,” he said.

Ironically, most of the groups Roubini mentions as being hated by proponents of blockchain tech are the very groups propelling its world-wide adoption.

JPMorgan, one of the world’s largest financial institutions, is one such group that is heavily implementing blockchain technology into their infrastructure in order to increase their operational efficiency.

Within the bank, there is a group – called the Blockchain Center of Excellence – that is exploring how the bank can best use blockchain and DLT technology expand their technical prowess.

On JPMorgan’s website, they explain their dedication to researching and utilizing blockchain technology:

“The Blockchain Center of Excellence (BCOE) leads efforts for applications of distributed ledger technology (DLT) within JPMorgan. We are exploring blockchain use cases and piloting solutions across business lines. We are active in the blockchain ecosystem: developing technology, investing in strategic partnerships, and participating in cross-industry consortia.”

Also, governments across the globe are encouraging blockchain research and implementing DLT tech into their own infrastructures.

Recently, Park Won-soon, the governor of Seoul, spoke about blockchain technology and the government’s openness to it, saying:

“There’s no doubt blockchain is the core technology of the fourth industrial revolution, which will shape the future IT industry. I will make efforts to help Seoul become the center of a blockchain industry ecosystem.”

Despite Roubini’s relentless crusade against cryptocurrency and blockchain technology, widespread and real-world adoption continues to occur each day, with more and more corporations and institutions utilizing DLT solutions created by major companies, like IBM.

As the technology continues to blossom, it is unlikely that Roubini will ever admit that he is wrong and will always be a small thorn in the side of the online cryptocurrency community.

Tags: blockchainDLTNouriel Roubini
Tweet123Share196ShareSend
BitStarz Player Lands $2,459,124 Record Win! Could you be next big winner? Win up to $1,000,000 in One Spin at CryptoSlots