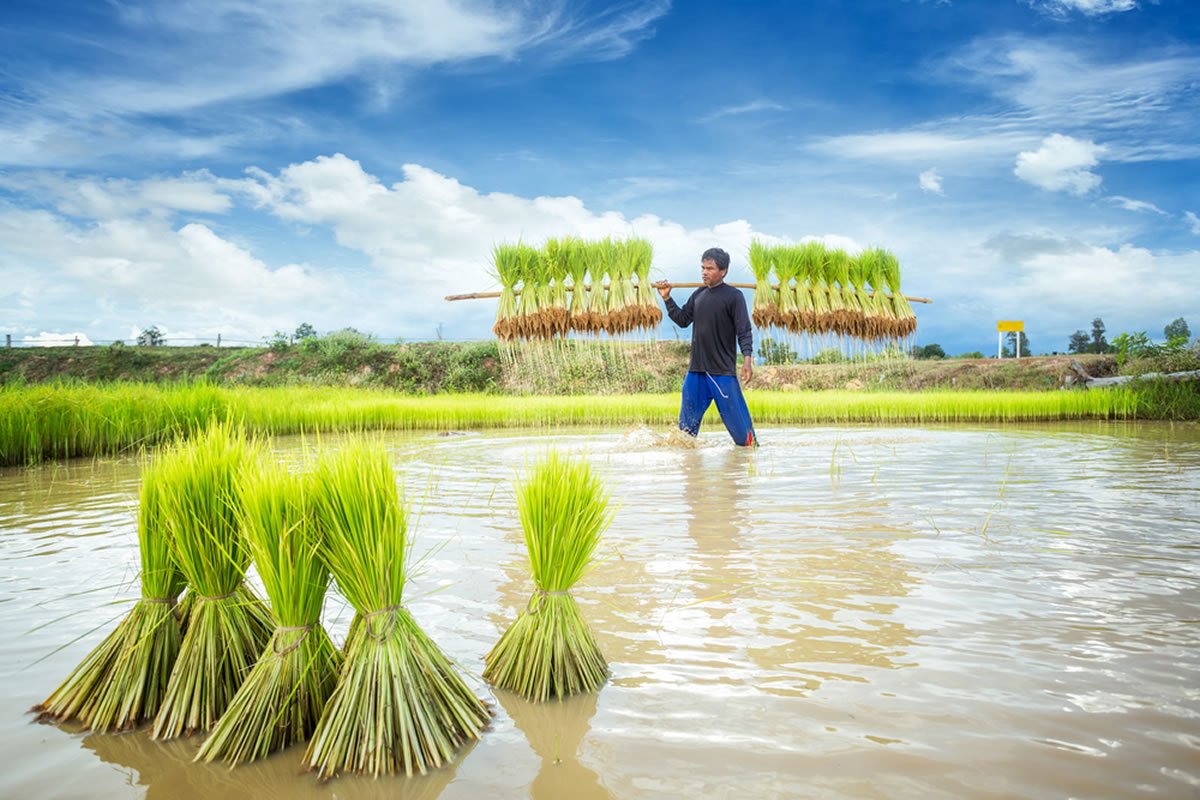 Oxfam has launched a pilot project in Cambodia to help rice farmers getting paid their fair share using blockchain technology. Blockchain for Livelihoods from Organic Cambodian Rice, or Blocrice, will analyze and test how 50 farmers can be empowered by having up-to-date information and value distribution in their supply chain.

Taking place in Cambodia’s northern province of Preah Vihear, the pilot digitizes and registers contracts between farmers’ cooperatives and exporters on the blockchain platform, including details such as the primary purchase price, trade volume, and transportation method. Cashless payments to farmers will be processed through bank accounts so they can be recorded.

Blocrice intends to give bargaining power back to farmers in order to produce fairer deals with middlemen, traders and companies on price and other conditions. Cambodia’s economy is still heavily dependent on farming, with 60% of the country’s workforce toiling in agriculture, the majority of which being low-income laborers carrying high-interest loans.

Solinn Lim, country director of Oxfam in Cambodia, said the collective bargaining power promised to the 50 rice farmers will help shift transportation costs to the buyers.

“The sheer fact of being registered as an actor on the blockchain platform implies that people matter. Blocrice will give them a platform to empower themselves.”

Running through March 2019 to sell rice harvested in the rainy season, may soon expand to other provinces as well as to other products, such as cassava, cashew nuts, maize, and pepper. Blocrice is set to introduce traceability, transparency, financial literacy, and best practices to farming in Cambodia, proving that blockchain is able to make a direct and positive impact on the lives of everyday people working offline. Given that the majority of the population works in agriculture and Oxfam plans to expand the project all over the country and sector, Cambodia stands to face serious social and economic disruption.

Kann Kunthy, managing director of rice exporter AmruRice, said the pilot is also likely to help export Cambodian rice to Western markets as the Blocrice system allows retailers to access the information on the blockchain, including the origin of the rice as well as prices paid to farmers.

The project mostly targets the European market, the final destination of nearly half of Cambodia’s rice exports. The trade relationship has come under pressure following concerns over human rights violations in the country and a fraudulent election taking place in July. Blockchain may help ease the European Commission’s worries in the supply chain of rice. One day it might also be used to bring transparency to elections.

Tags: agricultureblockchainBlockchain for Livelihoods from Organic Cambodian Riceblocricecambodiafarmersoxfamricerice farmersSupply Chain
Tweet123Share293ShareSend
BitStarz Player Lands $2,459,124 Record Win! Could you be next big winner? Win up to $1,000,000 in One Spin at CryptoSlots