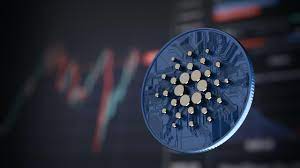 Cardano has been in the middle of some major FUDs these past weeks and this has not been good for the value of the digital asset. Numerous negative news circulated around the asset, the most prominent being the delisting of ADA for U.S. users from the eToro crypto exchange. Since then, the altcoin has suffered massive dips that have sent the price of the digital asset towards three-month lows.

Although news of the delisting is a week out, the FUD surrounding the project has not subsided. This has prompted a Cardano ambassador to take action and has led to a run-down of why the FUD around the digital asset has refused to die out.

Cardano Is A Legitimate Alternative To Ethereum

The Cardano ambassador took to Twitter to address all of the FUDs that have been circling the altcoin in recent weeks. For one, they explain that most of it have been because Cardano presented the only legitimate alternative to the leading smart contracts platform, Ethereum. This leans into the fact that Cardano has often been proposed as an “Ethereum killer” after smart contracts capability has debuted on the blockchain.

They pointed to the network activity that showed that Cardano’s activity has consistently been on the rise in the past few weeks. While Ethereum had maintained momentum in the same time period, Cardano had spiked significantly, pointing to increased adoption. Yet, the market continued to treat the digital asset like it is a failing project.

Furthermore, Cardano had recorded such heavy spikes in network activity despite still being a bit away from the first decentralized exchanges launching on the network. Right now, NFTs are the only avenue with which both blockchains compete and Cardano has already recorded more activity. The ambassador closed out the Twitter thread by saying pointing out that the network has not really been given any benefit of the doubt since it launched. Nevertheless, the project has proved the market wrong and will continue to do so.

We have never been given the benefit of the doubt by the industry.

We were told we could never do PoS and our consensus will never work – we proved them wrong.

Now we are told our ecosystem will not have any worthwhile dapps and we will prove them wrong again.

The impact of all the FUD that has been circling the project has shone through in the price of ADA. The digital asset had dipped below $1.5 for the first time in three months and had touched the low $1.4 before recovery back up again. All progress that Cardano had made during this period had been buried underneath the FUD and panic among investors as sell-offs continued.

Despite this, the asset has not lacked support from its community. Taking to Twitter, others expressed their outlook for the future of the cryptocurrency. Choosing to focus instead on the potential of the blockchain instead of the current situation.

$ADA can be more scalable than #ETH. #Cardano uses a fraction of the energy of $BTC & $ETH. Ether’s fees are high & #ADA is a strong competitor. $ADA's scarcity of 45B coins will lead to an increase in value & demand, and will also provide banking services to the Worlds unbanked

Cardano founder Charles Hoskinson also took time out to approve of the message being passed. The founder tweeted that others were terrified of Cardano due to being a self-sustaining project that doesn’t need outside help to grow.

And they are terrified because there doesn't need to be some magical Cardano 2 to survive. It's a future proof design and we are systematically building towards it together with the strongest and most engaged community brick by brick https://t.co/JDOKhAwrZA