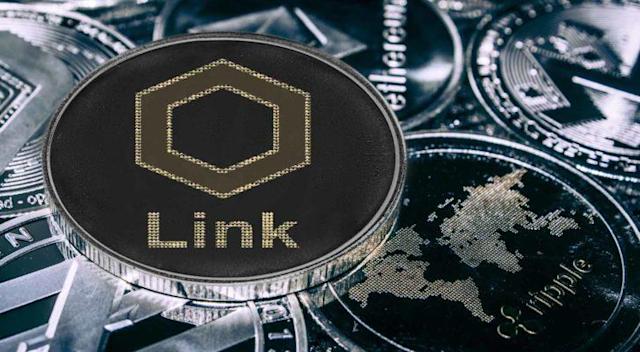 Chainlink Price Above $8, Can It Go Past Its Immediate Resistance?

Chainlink price has been trading in an upside channel over the past few trading sessions. The altcoin has managed to move past the $8 level, it is now eyeing the next important resistance mark. The technical outlook of the coin has turned positive as buying strength increased on the chart.

Over the last 24 hours, the coin moved up the chart by 2% and in the past week, LINK logged 14.7% appreciation. Chainlink price also managed to revisit the $8.80 mark however, the coin has experienced tough resistance at that price mark.

For Chainlink to move past the aforementioned price ceiling, buying strength has to remain high in the market. Once LINK topples over the $8.80 price ceiling, it could target $9, thereby, invalidating the bearish thesis completely. It is important to note that a small dip in demand for the altcoin can bring back the bears

LINK was priced at $8.72 at the time of writing. The altcoin retraced briefly after it touched the $8.80 price mark. The immediate price ceiling for LINK stood at $8.80 and a push above that level will propel Chainlink’s price to $10.

The local support level for LINK was at $8.16 and a fall below that will make the coin trade near the $7.60 price mark. The amount of Chainlink traded in the past session increased. This reading meant that bullish pressure had started to build in the market and that buying strength increased over the last trading sessions.

If LINK doesn’t break past the immediate resistance mark, the coin can lose its current price momentum.

The altcoin had just visited the overbought zone after which it travelled south briefly. The Relative Strength Index was positive above the 60-mark depicting increased buying strength.

Related Reading: The Bear Market Correction Could Be Over, According To ARK. Reasoning Inside

LINK has depicted an increased buy signal on the four-hour chart. Indicators also captured the increase in demand. Moving Average Convergence Divergence portrays the current price momentum and possible reversals in the same. MACD underwent a bullish crossover and formed green signal bars on the indicator.

These green signal bars are buying signals for the coin. If buyers continue to act on it, the Chainlink price could soon topple over $8.80. Parabolic SAR depicts the trend, the indicator, however, hasn’t painted a positive picture. It started to form a dotted line above the candlestick, this could be in the anticipation of a fall in price over the next trading sessions.

Related Reading: Bullish Expectations From The Ethereum Merge Rise Post Chainlink’s Announcement
Tags: chainlinkLINKUSDlinkusdt
Tweet123Share196ShareSend
Win up to $1,000,000 in One Spin at CryptoSlots