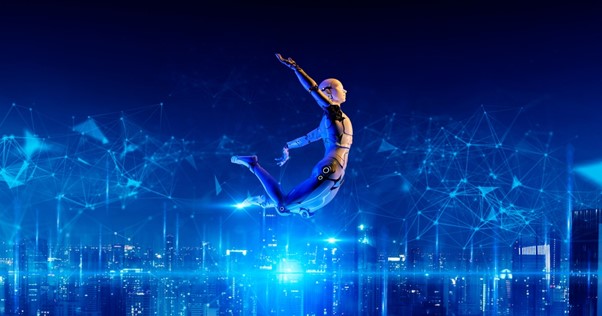 Earning opportunities in online gaming was once reserved for the obsessives who spent every waking hour refining their skills. Thanks to the advent of blockchain-based gaming, however, professional status is no longer a prerequisite. Increasingly, a generation of casual players is turning their casual gaming habits into passive income.

Projects variously operating under the play-to-earn (P2E), GameFi and metaverse banners are flourishing on a plethora of high-speed blockchains, delivering immersive gameplay while enriching developers, gifted players, content creators and DeFi veterans. In some cases, one doesn’t even need to be especially good at gaming itself: if they have an eye for what constitutes value in the metaverse, they can channel antique-hunters and make a killing on the secondary market.

With so much happening in the sector – over 1.3 million users power daily transaction volume exceeding $100 million – it can be tricky to keep track of the truly valuable projects. Here’s a selection of 10 to watch out for.

Developed to democratize the growing play-to-earn field, AAG Ventures started out by building a guild of over 2,000 players on Axie Infinity. Now, it’s expanded into seven countries (Philippines, Indonesia, Brazil, India, Russia, Nigeria, and Argentina) in a bid to help those who’ve suffered recent economic hardship earn a crust from the cryptosphere. It aims to achieve this objective by forming more guilds, offering performance monitoring and coaching, and enabling players to convert in-game tokens to $AAG and, thereafter, cash out to fiat.

Because AAG Ventures believes NFTs shouldn’t be off-limits, it also offers fractional ownership – meaning shares in highly valuable NFTs can be purchased for as low as $1. As the second-largest raise of any guild at $12.5 million, AAG Venture’s upcoming public sale on December 12 is one to watch.

An NFT trading card-based metaverse project set in the fictional realm of Artellium, Cross the Ages is free to play yet with multiple profit-generating opportunities baked in. Featuring hundreds of cards of varying scarcity, the game aims to create a unique experience that blends the nostalgia of buying physical trading card packs (who remembers Panini?) with the altogether more immersive experience of modern digital gaming. To that end, NFT cards can be ‘activated’ in the real world, with physical versions available to those who collect a certain number of cards. An integrated marketplace, meanwhile, is where players mint NFTs or sell gems from their collection. Cross the Ages is our sleeper pick of 2022 – be ready to be amazed.

Another competitive trading card game that’s attracted attention is Lords of Light, wherein players wage war with collections of crypto legends and mythical beasts. Unveiled by the Raini farming platform in August, this supercharged strategy game is very much about beating other players to enhance one’s hoard. That said, high-level cards can also be staked in yield farming pools, giving victorious parties more opportunities to generate profit. Lords of Light is built around a native currency, $PHOTON, that can be obtained by winning battles, completing quests and renting out high-level cards.

A cross-chain metaverse lending and insurance protocol, Rikkei Finance lives on Ethereum and Binance Smart Chain (BSC) and features five zones: Sport & Recreation Center, Farming Zone, NFT Marketplace, RiWork and Governance, DAO & Lending. Wherever you choose to spend your time, you’ll have the opportunity to put your energies to good use chasing returns, which are paid in the platform’s native $RIFI token. We especially like the Sport & Recreation Center, which features coveted lion-headed footballer NFTs like Frank Pamlard and Steve Regard. Rikkei was recently listed on both Huobi and PancakeSwap.

Another title offering a surfeit of modes is Himo World, a metaverse game populated by a whole lot of bellicose troll-like characters armed with swords and shields. Powered by Binance Smart Chain, the release features tournaments, trading (sell heroes and skill cards to other players), and betting (wager on the outcome of battles) mechanisms. Ostensibly, the purpose of Himo World is to explore while beating the snot out of other characters using strategy and, from time to time, good ol’ fashioned button bashing.

An immersive martial arts metaverse that features both PvP battles and PvE missions, Ancient Kingdom offers a range of earning mechanisms including staking, trading, farming and P2E. Much of the game revolves around cartography: map-reading to help players locate rare items such as NFT weapons and body armour. Participants can also form guilds to give them a better chance of defeating the powerful monsters that roam the lands. Next year, the project will launch the game on Android and iOS while implementing a buyback-and-burn scheme.

Unlike the other titles on this list, RaceFi has a somewhat narrow thematic focus: it’s all about a need for speed. The first-ever AI/ML car racing game to launch on Solana’s lightning-fast blockchain, the release supports multiple game modes (PvP, PvE, battle race) while enabling users to win rewards simply for owning property in the metaverse: NFTs represent real estate like garages, show-rooms, racetracks and billboards. Vehicles, meanwhile, can be equipped with guns, shields, and powerful nitrogen fuel. In other words, it’s not all about crossing the finishing line first. RaceFi is currently conducting a series of IDOs and will be listing soon after.

Dubbed the “Super Smash Bros” of the NFT universe, Galaxy Fight Club is the first cross-IP, cross-platform (mobile + PC) PVP fighting game on the market. GFC gives players the chance to use any of their NFTs in battle in order to win and earn rewards, including the company’s native token $GCOIN. Finally, someone with a Crypto Punk can link their wallet and compete against someone with a Bored Ape, without any friction or hassle. Game modes include PVP, 3v3 tournaments, and battle royales. GFC is eying an early Q1 launch on both iOS, Android, and PC.

As well as having the coolest name of any project on this rundown, Drunk Robots offers seriously enjoyable gameplay. This particular metaverse is made up of a city (Los Machines) parcelled into districts, with land up for sale and players incentivized to brew METAL ($MTL) – a local drink that keeps robots alive and active. Speaking of robots, there are over 10,100, and each can be enhanced by winning battles, robbing banks and glugging the aforementioned tonic. According to the developers, good players can earn between $400 and $5,000 per month, depending on time spent in the metaverse.

Featuring a colorful cast of weapon-toting heroes and villains, Rise of Defenders is a play-to-earn project that provides both player vs environment (PvE) and player vs player (PvP) modes. Inspired by successes like Final Fantasy and Fire Emblem, and notable for its vast array of equipment systems, the BSC-based game allows players to collect NFTs and earn cryptocurrency for winning campaigns and tournaments while preventing the destruction of their base by an army of evil monsters.

The metaverse sector is evolving at a phenomenal speed, and over the coming months and years, it’s natural to expect more developers and creatives to FOMO into the fray. After all, play-to-earn hasn’t just proven a hit with gamers; it’s also been a boon for the platforms facilitating play since each one earns a share of the transaction fees generated by users. Revenue that can, in turn, be reinvested to secure the best developer talent money can buy. Whatever way you look at it, 2022 looks set to be a helluva year for blockchain gaming.