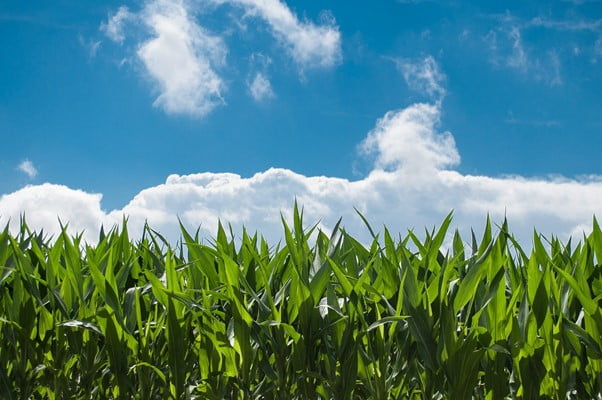 5 of the Best Yield Farming Opportunities For 2021

Yield farming was the defi craze of summer 2020, taking the nascent industry by storm and ushering in new ways to distribute tokens, engage communities, and strengthen network effects. After peaking in October, when yield farms helped send Ethereum network fees to record highs, the yield farming craze abated slightly due to saturation and diminished project quality.

Despite the dip, there is still nearly $15 billion locked in various DeFi protocols, many of which are catered to farming activities. Clearly, farming is an idea that has stuck and as the year winds down, a second wave of farms has emerged. Instead of being food themed, the new breed of platforms have greater longevity and are solving real problems in decentralized finance, unlocking liquidity and turning idle assets into cash-generating tokens.

Here are five farms to watch out for in early 2021.

Warp launched December 9, allowing farmers to earn Warp Tokens ($WARP). These will be awarded retroactively, issued over six months. Warp truly kicks into gear in January, when its TGE begins. Afterwards, users will earn tokens for receiving loans and providing stablecoins. Just 150,000 $WARP will be minted, ensuring strong demand for earning the assets through staking, lending, and borrowing. Users also can earn non-fungible tokens (NFTs) to boost their total value locked (TVL) for earning $WARP. As of December 15, 6 days from platform launch, Warp has a TVL of $16.28M USD.

Badger.finance is on a mission to boost the amount of BTC represented on Ethereum and the number of ways in which it can be utilized. The project, which is only two weeks old, has been phenomenally successful in that respect. Close to 11,000 BTC, worth over $200 million, is locked into the Badger protocol, where farmers can earn BADGER rewards. Initial token distribution is set for eight weeks, carrying the project into 2021 – and that’s only the first phase.

The next phase of Badger DAO’s evolution will see the introduction of SETT, a rebasing token pegged to the price of bitcoin. Stakers of y-assets such as yCRVWBTC, as well as BADGER/WBTC LPs will soon be able to earn SETT tokens – which may also be awarded retroactively to current stakers. As bitcoin has closed out 2020 by rallying tantalizingly close to $20K, the BADGER token has followed suit, surging past $12. Badger DAO is a yield farm that’s still got a lot to give.

KeeperDAO provides backstop liquidity for on-chain lending and synthetic asset protocols. It also provides a way to earn yield by supplying liquidity, if you know what you’re doing. The current reward program will run until February 2021, providing generous incentives for supplying liquidity in the form of ETH, WETH, USDC, renBTC, and DAI. 1 million ROOK tokens will eventually be awarded, with APYs ranging from 17-25%.

That’s good going for single asset staking with no risk of impermanent loss. With a little over 10% of the ROOK supply having been issued so far, it’s no wonder tokens are trading at a premium. Farm them if you can. Buy them if you dare.

While the other projects on this list have already launched, Frax has yet to go live – giving aspiring farmers a chance to get in on the ground floor. Frax is a fractional-algorithmic stablecoin, which places it in the same bracket as projects like ESD and DSD.

Currently running on the Ethereum testnet, Frax.Finance has a strong team behind it and an original concept for stablecoin issuance and price balancing. V2 of Frax will introduce a bond token known as FXS that will allow users to acquire Frax debt, but beyond that, little is known about one of 2021’s most eagerly anticipated yield farms.

One of next year’s biggest farms was also one of this year’s. SushiSwap caught headlines for all the right reasons, emerging as the biggest competitor to Uniswap, before capturing attention for all the wrong reasons after its pseudonymous Sushi Chef left the project under a cloud. SushiSwap is now a project reborn, flying under the Yearn banner and with a string of new products in the works including BentoBox.

Meanwhile, SushiSwap continues to dispense SUSHI rewards to liquidity providers. And with the project’s native token up 183% in the past month, it’s a good time to be farming SUSHI. In 2021, expect SushiSwap to continue innovating at a dizzying rate – and to potentially flippen UNI.

With so many emerging farms to choose from, 2021 is shaping up to be a prosperous year for humble yield farmers.