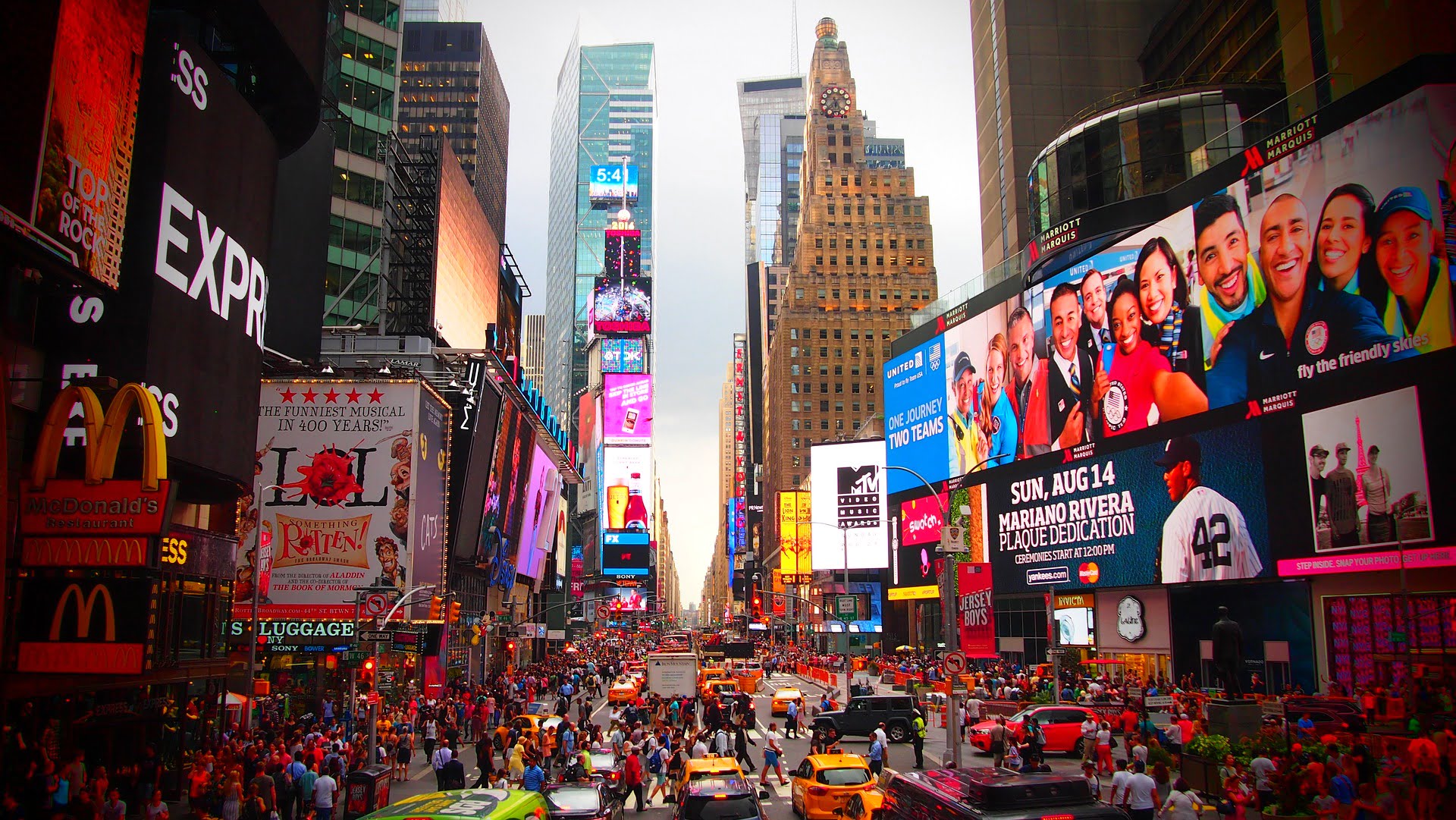 AdEx, the open-source global decentralized ad network has improved greatly in the past few months, thanks to upgraded staking feature and its robust layer 2 scalability solution that makes it one of the biggest payment channels on the Ethereum network. The latest staking mechanism combined with its robust OUTPACE payment channel and DeFi products has turned AdEx into a very attractive blockchain project for the crypto community.

Being one of the leading protocols for blockchain and decentralized application development, the Ethereum blockchain has its fair share of issues, especially when it comes to handling huge transaction volumes. It is not surprising to experience significant delays in transactions and higher gas fees from time to time due to network congestion. While the developer community continues to work on scalability in the form of Ethereum 2.0, its implementation may take a long time. Meanwhile, Layer 2 solutions continue to be the stop-gap solution that helps platforms involved in high-frequency micropayments, like AdEx Network to operate smoothly.

OUTPACE stands for Off-chain Unidirectional Trustless Payment Channels. Created by the AdEx team, this unidirectional payment channel allows payments to multiple parties from a single channel without causing or being affected by network congestion that is quite prevalent in the Ethereum ecosystem. It is specifically designed to meet the needs of AdEx Network which has established itself as the biggest Ethereum payment channels network due to its sheer transaction volumes arising from interactions between advertisers and publishers.

Being a transparent blockchain solution for digital advertising, the AdEx Network creates a direct connection between publishers and advertisers without any intermediaries. The platform creates a real-time record of ad-related information including impression counts, cost and click-through rate and executes payments accordingly, which generally translates to millions of transactions to a few hundred different publishers. The OUTPACE layer 2 payment solution created by AdEx drastically reduces the number of on-chain transactions between the advertiser and publisher to just two transactions on the Ethereum network, one to open the payment channel at the beginning of the campaign and another for withdrawing accumulated funds. Meanwhile, all microtransactions over the campaign duration continue to be processed off-chain in real-time. The reduction in on-chain transactions also helps minimize transaction costs in the form of gas, thereby making the entire process more profitable to both parties.

The introduction of a new staking mechanism on the AdEx Network has opened up new opportunities for crypto investors. The updated ADX token contract launched a few months ago marked AdEx’s venture into the DeFi space by enabling token staking, security mining and built-in flash loan features. Since then, token holders are able to stake their ADX holdings on a dedicated staking portal to earn rewards. 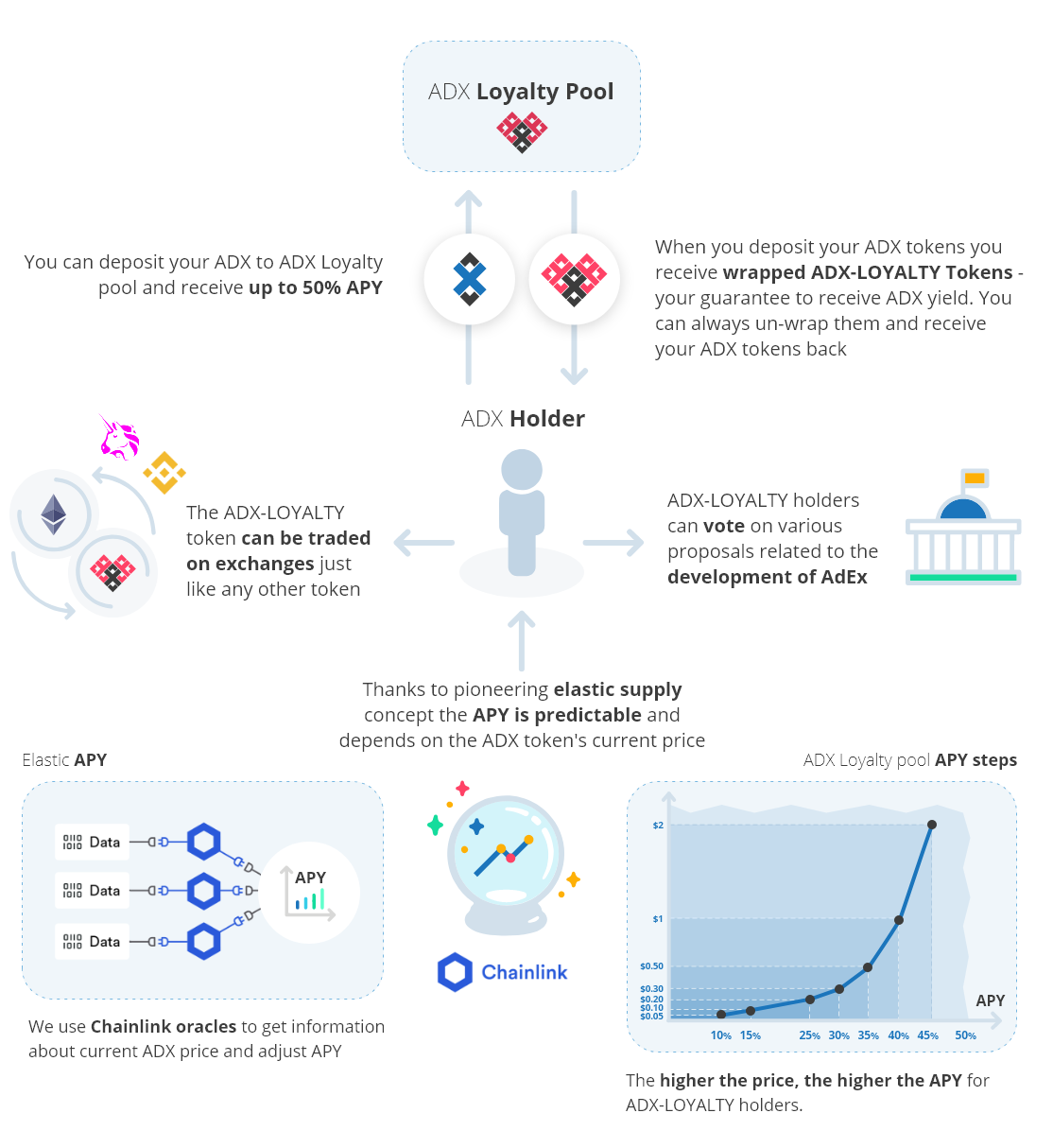 While the earlier staking mechanism allowed token holders to receive a portion of AdEx Network’s advertising revenues in DAI, the security mining feature introduced additional rewards in the form of freshly minted ADX for those opting to lock their tokens for bonded staking. By doing so, the platform is able to offer better returns to crypto investors and secure the AdEx validator system at the same time.

Early stakers on AdEx Network were able to secure APYs of over 300%, which has since then gradually reduced to 58% after over 26 million ADX were staked by the community. Apart from staking, AdEx community members also get access to liquidity through built-in flash loans that can be used for better returns through arbitrage trading on decentralized exchanges and more. Currently, the ADX token is available for trade on Loopring and Uniswap, with plans for listing on more exchanges in the near future.

The platform has recently collaborated with Chainlink oracle network resulting in the integration of ADX-USD price feed to the AdEx staking ecosystem and the mainnet launch of a new loyalty staking pool and a new ADX-LOYALTY token – a liquid “wrapped ADX” token that stakers receive when staking their ADX to the loyalty pool, capable of offering continued predictable APY of 10%-50% through elastic issuance. With a maximum participation limit of 25 million ADX, the loyalty staking pool offers a great deal of flexibility by eliminating the lockup period for staking while allowing the participants to involve in governance processes related to the AdEx Network Ecosystem.

With all these new features in place and more on its way, AdEx is in a position to not only provide a state of the art blockchain ad network but also an entire DeFi ecosystem.

Learn more about AdEx at – https://www.adex.network/