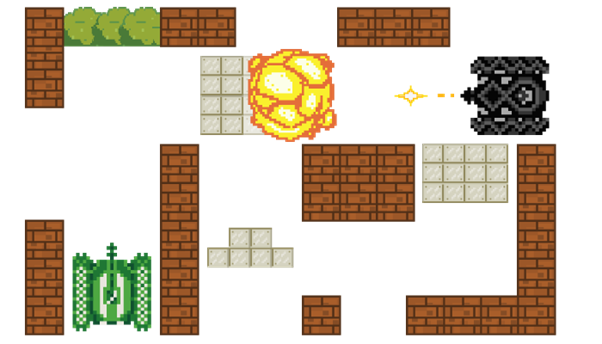 The play-to-earn gaming economy continues to grow due to massive public demand.

CryptoTanks, a new game running on Polygon and Binance Smart Chain, leverages NFT technology to empower the players. Bringing a military and shooter-oriented game to the play-to-earn ecosystem is a further expansion of this growing ecosystem.

Several play-to-earn blockchain games have proven successful in recent months. Ranging from Axie Infinity to StarAtlas and MOBOX, there is a lot of momentum in the space. Players enjoy the concept of controlling their in-game assets and potentially monetizing them in the future. It is the way video games should be: players control their assets and interact with others through built-in marketplaces to earn passive income.

CryptoTanks follows along the same train of thought, although its game is slightly different. The military theme is a different spin on blockchain gaming, as there is still a limited amount of playable game genres today. However, any game can use blockchain technology and NFTs to empower its players, and there is still much exploration.

The mechanics of CryptoTanks are comprehensible: play the game by using in-game tanks, participate in battles, complete quests, and upgrade machines to increase their characteristics and value. Every in-game item is a non-fungible token(NFT) that players can exchange for real money. As there is no need to buy expensive NFTs to start playing CryptoTanks, the game approaches the free-to-play / play-to-earn level.

Although not everyone will be a fan of the 8-bit gameplay, it is an enjoyable experience and makes it approachable for players of all ages. However, it is worth noting there is tremendous variation in the game, as the scenery will change regularly. Additionally, the game offers multiple game modes, including solo and team-based play. The three game modes can award experience, $TANK tokens or money.

Upon taking a closer look at CryptoTanks, one can see an overlap with the Battle City game for Nintendo and GameBoy consoles, released in 1985. Certain elements are alike, yet CryptoTanks’s team has added mew locations, missions, tanks, battle modes, decentralized finance and non-fungible token aspects. It is a modern reboot of a cult classic that came out several decades ago.

Through CryptoTanks, players can explore a world of nostalgia while benefiting from new technology development by the cryptocurrecy community. DeFi and NFT introduce new gaming incentives, such as the ability to earn or put in-game assets to work for revenue. Players can still enjoy the iconic 8-bit graphics of Battle City but with a few modern twists. CryptoTanks, as a gamified yield farming project, combines beauty with nostalgia and guaranteed prizes.

What Are The Benefits of CryptoTanks?

Whereas other games would require players to make a significant upfront investment, CryptoTanks takes a different approach. Players can buy NFT tanks from the marketplace. Additionally, players can rent tanks from other players for a revenue share of the winnings. The third option is earning $TANK tokens by playing the game and completing objectives.

The team aims to make CryptoTanks as accessible as possible. The mobile applications for Android, combined with desktop applications for Mac OS and Windows, are a step in the right direction. Launching on iOS would be big, as mobile games are trendy these days. As players earn $TANK tokens for every game played regardless of the outcome, there will always be a way to convert playtime to real money.

The developers plan to introduce more functionality in the future. One of them would make players unique characters with personality traits. Going down that route would create a unique experience for everyone, which is unusual in the gaming industry. Whether that is feasible or not is a different matter. Assuming it is, there will be different types of classes, yet no two players in the same class will have the same experience.

It is interesting to see more game types in the play-to-earn blockchain universe. The majority of current games are fantasy and RPG-themed, yet there are dozens of gaming genres. Combining that genre with blockchain and NFT technology can lead to innovative concepts over time.

If that experience can be made unique for every player, the industry will likely undergo tremendous growth. Developers continue to push the boundaries of what is considered possible. All of these developments will prove beneficial to video games as a whole, even if not all titles will embrace the play-to-earn model.