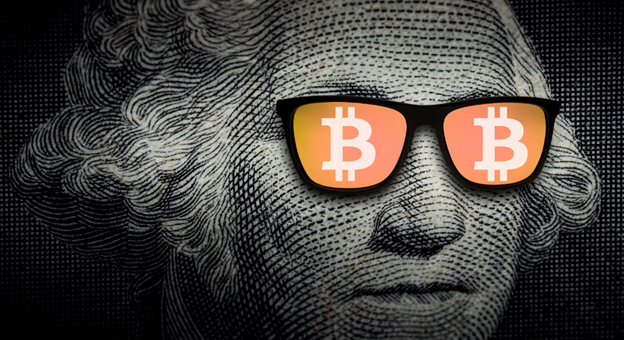 Bitcoin Maximalism is a controversial concept that lurks around the crypto-verse and comes to the spotlight behind metrics like the Bitcoin Dominance Index (BTCD), institutional involvement, and various similar comparative narratives. It is undeniable that this concept comes without its own merit as the perception of the rest of the cryptocurrency markets behaving like a casino comes with adequate historical proof of rugpulls, scams, hacks, and the list goes on.

It is the notion that only one crypto asset and network is worthy of investment, Bitcoin (BTC), the others are merely unreliable assets that have capitalized on the hype behind BTC and can only serve as instruments for baseless speculation.

At the same time, it is also true that many protocols, firms, and assets gaining traction right now due to the high mainstream media attention, hype, and fear of missing out (FOMO) that often encapsulates the industry due to posting significant gains and birthing several self-made millionaires and billionaires in just over a decade of existence, will not end up making it in the long term, either due to lack of a proper use case/user proposition or irregular fundamentals that don’t add value thus have no takers beyond the hype.

Even though Bitcoin maximalism might sound extreme to some, the narrative and belief exist in the ecosystem for good reason as the network has proved its worth and cemented its place in the history of the financial markets as the first digital asset that has led the markets for the longest time now. The network is historically the least tampered with and has proven to be one of the most reliable ones out there.

Thus, it is essential to have a look at both sides of the coin and gauge the pros and cons of bitcoin maximalism as applicable today.

The asset has maintained its place in the market through several unfavorable instances such as the Mt. Gox hack which cost investors more than $460 million at the time in 2014. However, it was recently announced that the defunct exchange will pay $9 billion to its creditors to put an end to this seven-year-old saga.

Like Bitcoin and the prominent altcoins like Ethereum, there are various blockchain networks, cryptocurrency exchange, and other protocols that have stood the test of time even through events like the crypto winter and several bear runs that caused several big players to also become irrelevant in the ecosystem. Here are examples of a few projects, networks, and cryptocurrency exchanges that stood the test of time amidst various unfavorable instances and FUD (Fear, Uncertainty, and Doubt) that has engulfed the market countless times in its brief existence.

In 2020, a North Korean hacker group called Lazarus Group executed a hack on Kucoin that resulted in the loss of $275 million, which was half of all the cryptocurrency stolen that year indicating the magnitude of the hack and the amount of funds lost. However, even in the face of adversity the exchange soldiered on and resumed trading soon after. In February this year, it was announced by CEO and founder Johnny Lyu that 84% of the funds, i.e. $239.45 million has been recovered and the remaining funds is covered by the insurance fund, thus the exchange ensured that no user was impacted due to this hack.

KuCoin has been impressive with its response to China’s absolute ban on cryptocurrency transactions and associated businesses. Reportedly, the exchange immediately conducted technical self-inspection to ensure that the company’s operations complied with the regulatory requirements of mainland China. Soon after, the exchange joined Huobi and Gate.io and boot users from mainland China on its platform.

Tezos is amongst the first generation of blockchain networks to enter the crypto-verse as an early adopter of the proof of stake (PoS) consensus mechanism and has held its relevance since its launch through the market cycles of the industry. The network offers the smart contract utility at a fraction of the cost of Ethereum and is way less energy-intensive in comparison due to its highly decentralized nature.

According to a recent report by the Bank Of America (BofA), Tezos is the blockchain network with the second-highest amount of developer interest indicating strong fundamentals supporting the network as developers constitute the core aspects of the network. The network has also been validated by the European Central Bank (ECB) when the central bank picked it as one of the blockchains that are fully compatible with the current fiat-biased monetary system.

Tezos was chosen by the Arab Bank (Switzerland) Ltd. to offer the bank’s institutional clients a platform that facilitates the staking, storing, and trading of XTZ tokens, the native token of the ecosystem. The protocol has also partnered with Societe General, the third-largest French bank to issue the bank’s first structured product as a security token using Tezos as the blockchain.

Tezos is now improving its user proposition and relevance in the market with a series of partnerships with various high-profile players spanning various markets and sub-ecosystems moving towards institutional markets as well.

Tether is the most widely used stablecoin today with CoinMarketCap ranking it 5th on its list of top 10 cryptocurrencies with a market capitalization of nearly $70 billion. However, its trading volumes surpass that of all the other cryptocurrencies, including Bitcoin. In fact, its daily trading volume is more often than not double that of the BTC as the stablecoin is often used as a transitionary and transaction currency for various trading needs, in DeFi protocols, and even in payrolls across various cryptocurrency firms.

However, since its inception, its journey hasn’t been without hiccups. Tether and the cryptocurrency exchange, Bitfinex was held up by the New York attorney general’s (NYAG) office citing charges of manipulation and issuing uncollateralized USDT tokens. The NYAG also stated that only 74% of all the USDT is circulation is currently backed. In response, Tether put out attestation of its reserves, assuring users that the stablecoin is actually collateralized in the right manner as originally stated.

At the end of this investigation, there were no criminal charges levied on Tether or Bitfinex either that could be seen as a win for the stablecoin. Although, they did pay over $18.5 million in fines and have been asked by the court to provide its quarterly reserve reports for the next two years. In another case running with on a similar allegation by both parties filed in the Southern District Court of New York under the Racketeer Influenced and Corrupt Organizations Act, or RICO, which was dismissed by the judge in a win for Tether.

Since then, stablecoin has been gaining even more traction and adoption as it is evident that there is no proof of any manipulation of reserves, thus cementing its place as one of the mainstays of the crypto-verse.

Ripple has been one of the most discussed cryptocurrency projects in the blockchain ecosystem, especially due to its prolonged trysts with regulatory bodies over nuances that could be considered to be a sign of resilience and commitment of the team to its original vision.

The native token of the network, the XRP token, has held its in the top 10 cryptocurrency tokens by market capitalization for many years now amongst the various legal issues the company has faced indicating a strong continued belief and confidence of investors in the network and its fundamentals. XRP has been one of the most stable cryptocurrencies in terms of price volatility which is a sign of the maturity of an asset.

The United States Securities and Exchange Commission (SEC) announced in Sep. 2020 that they have filed an action against Ripple Labs and a couple of its executives, stating that $1.3 billion had been raised through an unregistered and ongoing digital asset securities offering. The crux of the case is that the SEC classifies XRP as an “unregistered security,” a classification that Ripple Labs has contented in court ever since.

The marketwide perception is that the SEC vs. Ripple case is going better than expected and Ripple has a high chance of winning the lawsuit that has been extended too long on irrelevant technicalities. Even veteran investor Warren Buffet’s firm Berkshire Hathaway has invested $500 million in Brazilian digital bank Nubank, a member of RippleNet, the protocol’s global payments network for financial institutions, which is a positive sign for the payment processing network’s future.

Qtum Chain Foundation launched the Qtum Blockchain mainnet in September 2017. It was the industry’s first smart contract platform based on the same unspent transaction output (UTXO) model as Bitcoin. After three years of technical iteration, Qtum has gradually developed a variety of unique technical and ecosystem characteristics, which are very suitable for building DeFi projects, called Qtum 2.0. Essentially, the network combined the security of Bitcoin’s blockchain model and the flexibility of smart contracts like Ethereum, Solana, and Binance Smart Chain (BSC).

It uses a decentralized governance protocol (DGP) that allows changes in blockchain settings to be modified via smart contracts. For instance, the block size can be increased without the need for a hard fork. Qtum 2.0 has been developed to be a blockchain that is ready for business. The platform allows for business-friendly smart contract coding, deployment, and execution. It is also compatible with existing blockchain infrastructure that allows it to be integrated with existing technologies of businesses, and it’s modularized so that new technology can be added at any time. This foundation enables them to provide customized solutions to enterprise clients.

Qtum uses an Account Abstraction Layer (AAL) that decouples applications from the underlying protocol, thus maintaining the performance of the blockchain and lending the ability to add more smart contract utility in the near future. The platform has a very big proof of stake (PoS) network with full nodes that are only exceeded by Bitcoin and Ethereum networks. There are a total of 1,478 Qtum nodes active globally.

As evident, it is sort of short-sighted to make an argument for absolute Bitcoin maximalism as it is evident that there are several other assets, networks, and the surrounding ecosystem that thrives on the diversity that the cryptocurrency markets in terms of investment vehicles, i.e., tokens. It is undeniable that BTC is the top digital asset as it cements its place even in the traditional financial markets as the digital gold with more institutional investors gaining exposure to the asset’s volatility through the ETFs listed, but that doesn’t take away from the potential of growth that various other players in the crypto-verse currently possess.