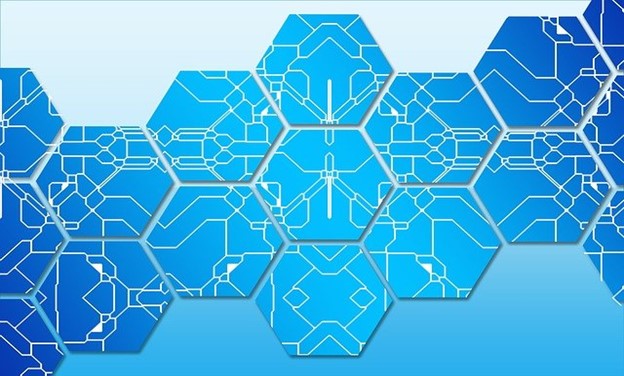 The crypto ecosystem has positioned itself as a disruptive niche to the centralized, traditional finance architecture. This upcoming decentralized market is based on blockchain technology, whose fundamental infrastructure is supported by several nodes instead of an overarching central authority. Blockchain nodes can be compared to small servers – their primary role is to store the blocks of data that make up a blockchain network.

These decentralized nodes are connected and facilitate the exchange of the latest blockchain data for the network to stay updated. Simply put, nodes are the support system of blockchain environments. While the concept may sound technical, a node can be a computer, laptop, or other devices, including smartphones. Today, we have many blockchain networks such as Bitcoin, Ethereum and Dogecoin whose operations are facilitated by node validators.

The process of node validation involves allocating resources such as memory and computational power to store data and verify transactions that are added to a blockchain network. For instance, the Bitcoin blockchain uses a Proof-of-work (PoW) consensus, requiring miners to allocate resources for transaction validation and secure the network.

In return, the miners are rewarded with network rewards for each block added to the blockchain. Currently, the network reward on the Bitcoin network is at 6.25 BTC following the May 2020 halving. Similarly, Ethereum and Dogecoin blockchain networks depend on node validators to function effectively.

There are two major types of nodes; complete and lightweight. The former enforces all the rules of a particular blockchain network, while the latter references data from the full blockchain nodes. With lightweight nodes, users can run a node without storing the entire block data. However, these nodes are not as trustless as full nodes.

An Expensive Affair for Small-time Players

Running a blockchain node can be pretty expensive for small-time players despite being a lucrative opportunity for crypto stakeholders. The Bitcoin blockchain, which is currently the biggest, requires at least 2 gigabytes of memory and 500 gigabytes SSD or HDD. In addition, node validators require a fast internet connection of at least 50 Kbps, not to mention that Bitcoin’s blockchain scales at an average of 1 GB every week.

Even meme networks such as Dogecoin are still out of the reach of most stakeholders looking to run a full blockchain node. Dogecoin’s network requires node validators to have at least a free disk space of 50 gigabytes and 2 gigabytes of memory (RAM). This is quite a stretch for the majority of the world’s population, given that only a few have access to sophisticated devices that can handle node validation.

It is no surprise that environmental advocates have been criticizing the energy used to mine PoW cryptocurrencies such as Bitcoin. Tesla’s Elon Musk was among the leading critics. The company withdrew from its position to accept Bitcoin payments until miners prove that over 50% of the energy comes from clean energy.

Today, the blockchain ecosystem has evolved to feature several networks where users can run cost-friendly nodes. Protocols such as Minima Global introduce ultra-lean blockchain environments that can fit on IoT or mobile devices. This decentralized network creates the possibility of an inclusive, scalable, secure and resilient blockchain protocol by allowing users to run full constructing and validating nodes from their smartphone devices.

With the number of smartphone users globally currently at 3.8 billion, Minima taps into the potential of this burgeoning market to further decentralize its blockchain network. In doing so, the protocol has created the possibility of a censorship-resistant blockchain network that is truly autonomous and accountable.

For a long time, the traditional financial market has had to deal with the shortcomings of a centralized ecosystem. Some of which include limited access to financial services due to cumbersome KYC processes and other nuances. Cryptocurrencies are changing the narrative by introducing a decentralized ecosystem where everyone globally can participate in one way or another.

This paradigm shift requires efficient supporting structures, starting with nodes that form a core part of blockchain environments. Therefore, it is only logical for crypto stakeholders to make node validation a cost-friendly affair. This will improve the chances of scaling the decentralized aspect of existing blockchain networks.

That said, upcoming blockchain designs featuring smartphone compatibility could provide a solid solution. Essentially, building blockchain networks with mainstream adoption in mind will likely hasten the growth of decentralized networks. Furthermore, smartphone-compatible blockchain nodes offer a significant value proposition to small-time players that have been victims of the current system.