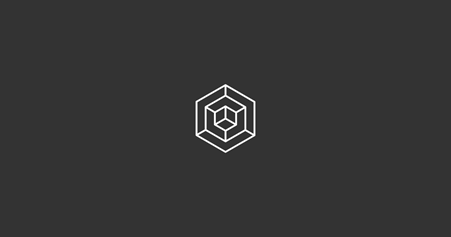 Bribe Looks to Usher In DAO 2.0 With Voter Extractable Value

Community governance is a concept that hearkens back to the early days of cryptocurrency, when intrepid cypherpunks pooled resources, shared ideas, and tinkered with one another’s proposals. With everyone pulling in the same direction, but each bringing his own talents and theories to the table, the idea was that those most committed to a project were the ones best placed to influence its evolution.

This principle eventually gave rise to decentralised autonomous organisations – or DAOs for short. Made up of developers, engineers, coders and regular community members, these open-source organisations were intended to automate decisions without the need for a traditional management structure or board of directions.

Since Ethereum founder Vitalik Buterin touted DAOs as the holy grail of organisation types in a 2013 article, there have been dozens of DAOs deployed on the blockchain, and though each had a decision-making mechanism at its core, the overall projects were highly varied. Alas, many DAOs have been hamstrung by low voter turnout while some have suffered reputational damage due to well-publicised hacks.

Now, a brand-new kind of DAO is being developed by the Bribe defi protocol. In a nutshell, Bribe is a DAO tooling platform that coordinates voters into formidable coalitions and allows ‘bidders’ to borrow a larger share of a voting pool to influence proposals they feel strongly about. In exchange for lending their own vote share, each community member earns a percentage of the winning bid denominated in the USDC stablecoin.

The brain trust at Bribe calls its concept Voter Extractable Value (VEV); in one fell swoop, opportunity costs for voters are slashed, DAO participation is boosted, and voting use-cases are increased. It’s DAO 2.0, and the idea has already caught the attention of several notable DeFi investors.

In late 2021, the protocol raised $4 million in a funding round led by Spartan Group, having attracted investment from the likes of Hypersphere, Fundamental Labs, Dragonfly, Rarestone Capital, IOSG, Fenbushi Capital and others. The Protocol was incubated by Composable Labs and Advanced Blockchain AG.

Reflecting on the raise, Bribe’s founder Condorcet said: “Our early backers have joined us to formalise this essential mechanism by which DAOs come to decisions and reach quorums: voting markets.

“By moving this activity on-chain, we are ensuring that retail users can also participate, as well as providing data and case studies necessary to really understand what is going on ‘under-the-hood’ in DAO ecosystems.”

As with other DAO-based projects, Bribe has its own eponymous native token which powers governance and revenue-sharing. In this case, a single $BRIBE token represents an individual voting stake in the holder’s chosen BRIBE Pool.

It was recently announced that $BRIBE will be available for purchase via a Liquidity Bootstrapping Pool event on Copperlaunch scheduled for January 12, with a portion of any unsold tokens set to feature in a liquidity pool on Uniswap or SushiSwap after the LBP.

Of equal importance is the upcoming release of Bribe’s maiden VEV product for staking governance tokens, the Aave Bribe pool, which is set for later this month. Soon after, the Tokemak Bribe pool will be launched and further integrations are expected to be confirmed in the near future.

If Bribe achieves its lofty goal of incentivising protocol participation and helping DAOs function more effectively, expect its community to grow appreciably in the months ahead.