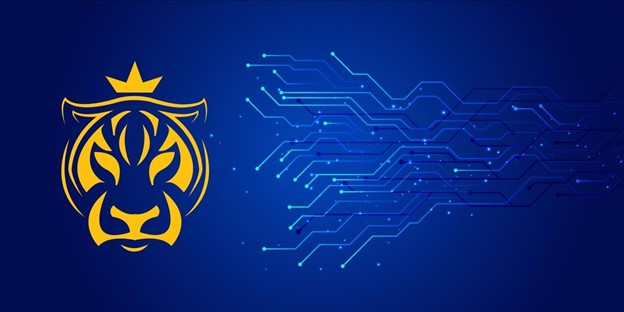 Crypto is Not as Narcissistic as You Think

Cryptocurrencies and blockchain technology continue to push back against the established global financial system, promising a more equitable society for all. Finance, privacy, governance, and charity — all of these components of society have been significantly boosted by technological innovations, removing barriers for everyone.

Despite early progress, realizing these goals requires significant additional effort. Indeed, much more potential exists in the use of decentralized technologies when it comes to charities. Tiger King Coin has begun doubling down on this opportunity, knowing that a worldwide community can come together to better the world.

A group of friends who love tigers launched the project to support those who advocate for the animals. One of the early initiatives was to aid Netflix star Joe Exotic and his fight for justice, receiving endorsements from the star and his team along the way. After successfully contributing over $300,000 towards that endeavor, the token’s leadership is now pivoting back to the original essential cause – advocating for tigers and supporting others who do the same.

The Year of the Tiger Is Upon Us

According to the Chinese Zodiac, 2022 is the Year of the Tiger. The team behind $TKING will use this cultural event to bring attention, awareness, and support to protecting and conserving the species. Tigers are remarkably majestic and intelligent creatures, and it is an international travesty that they are dwindling in numbers all over the world.

In so doing, the crypto project is returning to its primary mission of protecting tigers and is focusing on charity to realize those goals. To that end, $TKING has outlined a set of key initiatives as a guiding principle for future efforts.

The primary focus is to leverage a 2022 Year of the Tiger marketing push to expand the use cases of the $TKING ecosystem. The team is actively developing a portfolio of dApps to create a robust platform for the community, which will play a prominent role in the quest for tiger conservationism.

The project also plans to partner with several brands that draw a similar inspiration from the majesty and mythology of the tiger and also work with tiger sanctuaries. These partnerships will give the project the exposure to strengthen tiger conservation initiatives. The Tiger King team aims to make additional charitable donations this year, which have already started via a community-led push to donate 500 tiger plushies to St Jude Children’s Research Hospital.

Tiger King Coin will expand marketing to Asian countries, working with influencers and celebrities to promote the case for tiger conservation in the most impactful areas of the world. Accompanying this will be technological developments that will bring more utility to $TKING.

These factors are just the start of what $TKING offers, and it plans to become a lynchpin of animal conservation in the crypto space. There is so much work to be done in this field as most charity and advocacy movements are still in their infancy and have only reached a fraction of their potential in this exciting new space. Cryptocurrency markets can generate significant resources to help the world’s species, and that is what the Tiger King community, known as #TigerForces, is firmly intent on doing.

A Project With a Cause

Tiger King Coin has a lot lined up for next year to support its efforts to help Tiger conservation. Thanks to award-winning shows like Tiger King, there is already a strong interest in the topic. Similarly, meme coins have shown how projects can stir communities to target charities and advocacy groups in need.

As Tiger King Coin expands to become the driving crypto focal point for doing good, 2022 will be a big year for the project, its community, and of course, for tigers everywhere.