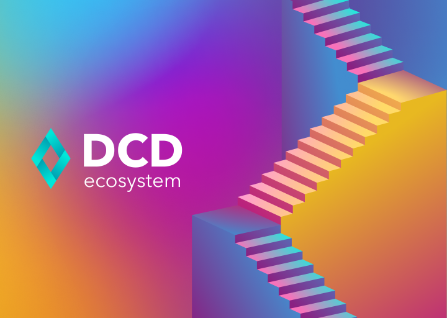 The growing popularity of the decentralized gaming market is driving demand for new infrastructures capable of supporting the deployment of new gaming formats. The DCD Protocol has announced that it is launching a tailored solution that would allow game developers to release their projects using a broad range of convenient and flexible instruments.

The DCD Ecosystem development team has announced that it will be deploying a solution that will make blockchain technologies accessible to a wider range of developers. The Protocol was developed as part of an ongoing initiative by the team, which had previously launched specialized training sessions and video lessons on how to create games on the DCD Ecosystem.

The development team states that the optimal application for the DCD Ecosystem encompasses any games that can use the capabilities of blockchain to some extent. Game developers are often in need of implementing various blockchain-based tasks, such as filing fully on-chain logic, storing player accounts and lists of in-game items, or developing in-game decentralized exchanges. The DCD Ecosystem will provide such opportunities, as well as the necessary tools along with understandable documentation. The development team is confident that the launch of the DCD Ecosystem will help game developers focus on the quality of the games and will allow them to leverage the capabilities of the blockchain in full.

Another feature the DCD Ecosystem will be introducing has been dubbed the up-layer. The DCD Ecosystem team has refrained from the popular Layer-1 and Layer-2 titles, as the solution is being developed on top of existing blockchains, interacting through bridges.

The project team is intending on integrating the DCD Ecosystem with the most popular chains in the next two years, allowing the community to onboard seamlessly and enjoy decentralized gaming. Among the interface functions on offer will be basic gaming task toolkits, including VR displays, and other useful features that will allow game developers to tap into the potential of blockchain infrastructures.

The DCD Ecosystem is also preparing to enter into partnerships with game studios to deploy some of the games inside metaverse settings. The appropriate architecture is currently being developed to allow such integration.

The DCD Ecosystem is aiming at transferring a significant part of blockchain-based gaming projects to its solution or allowing them to take advantage of its ecosystem.