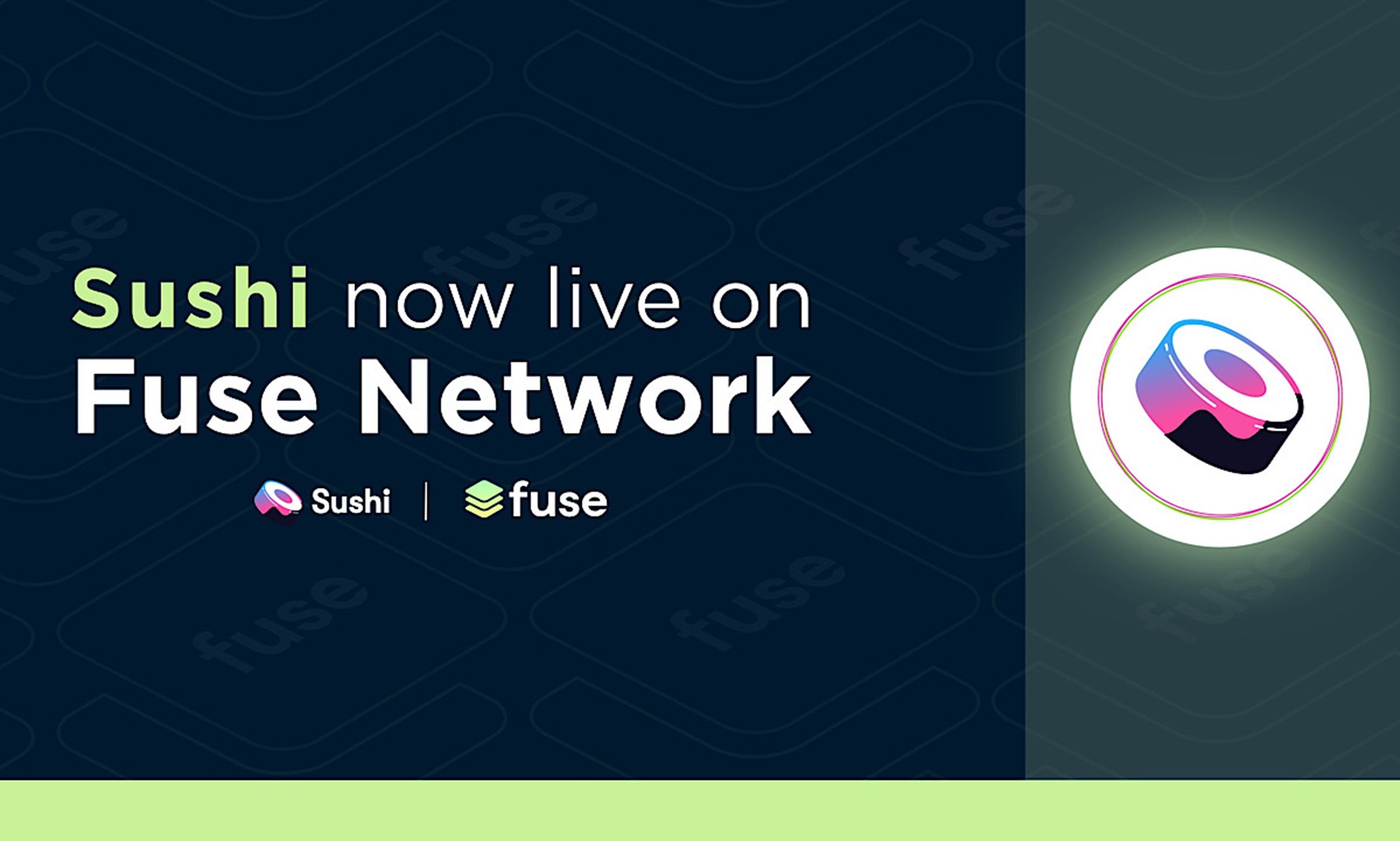 When it comes to projects in the DeFi space, establishing key partnerships is paramount if long-term success is to be ensured. In such a volatile and unpredictable market and industry, one can never be too careful and that is exactly why the Sushi protocol has now been deployed on Fuse Network after the platform added the blockchain to its list of supported chains.

For those who may be unaware, Fuse’s mission is to make cryptocurrency payments and DeFi options available to the public by drastically simplifying access via mobile-centric user-friendly solutions. In order to successfully reach its aims, Fuse, therefore, depends on a quick and relatively low-fee blockchain and so the Layer-1 EVM compatible Fuse Network is utilized alongside the mobile-centric infrastructure for the purposes of consumers and businesses alike. In such a fast-paced and unpredictable sector, this kind of technology is often needed.

Sushi is one of the top cross-chain decentralized finance protocols and platforms in the entire world and it is hence highly sought after by all kinds of projects. SushiSwap, the AMM (Automated Market Maker) DEX protocol, the BentoBox decentralized applications ecosystem, the staking platform xSUSHI, the Kashi lending protocol, the Miso IDO platform, and the Shyu NFT marketplace all comprise the leading multi-chain community-oriented decentralized finance platform.

Specifically, the SushiSwap decentralized exchange is one of the biggest decentralized exchanges by trade volume. Furthermore, it is listed in the top ten Ethereum decentralized finance platforms in terms of TVL (Total Value Locked). Additionally, the platform’s native token, SUSHI, is utilized for governance as well as to incentivize users to continuously contribute to the protocol, such as by offering liquidity through the SushiSwap pools for instance. SUSHI token holders may also use their tokens to voice their concerns and vote on community ideas and various proposals.

When all of these factors are taken into consideration, it, therefore, becomes easy to see why Fuse Network, like so many others before it, would select Sushi. The fact that such a prominent and popular cross-chain DeFi protocol has now added Fuse Network to its list of supported chains is a key indicator of the project’s strengths and longevity. Moreover, SushiSwap has already been deployed on Fuse Network and this also involves both the swap as well as liquidity provision functionalities. In addition, incentivized trading pools consisting of liquidity provider programs shall also be announced in the near future alongside both the Miso IDO platform and the Kashi lending network scheduled to be deployed on Fuse as well.

Past accomplishments and future goals

Fuse experienced substantial growth as of late, both in terms of its market capitalization and total value locked. As such, priority will be given to the consistent growth of payments-oriented ecosystem initiatives. In related news, Peepl (which is powered by Fuse) also obtained vital funding via the United Kingdom government.

Other accomplishments include the growth of a DeFi ecosystem which is led by FuseFi, as well as a growing NFT ecosystem which includes the Artrific and tofuNFT marketplaces and art projects like Cozy Cosmonauts and Fuse Faces. Incorporations with various other leading players in the DeFi and crypto scene such as Beefy Finance, Elk Finance, The Graph and Pocket Network have also taken precedence alongside initial significant centralized exchange listings (including MEXC and Gate.io).

Finally, in terms of future goals, Fuse’s main focus shall be on maintaining the sustainable growth of the ecosystem both through continuing to nurture Fuse’s ecosystem projects like Peepl and GoodDollar and attracting well-known names like Sushi.