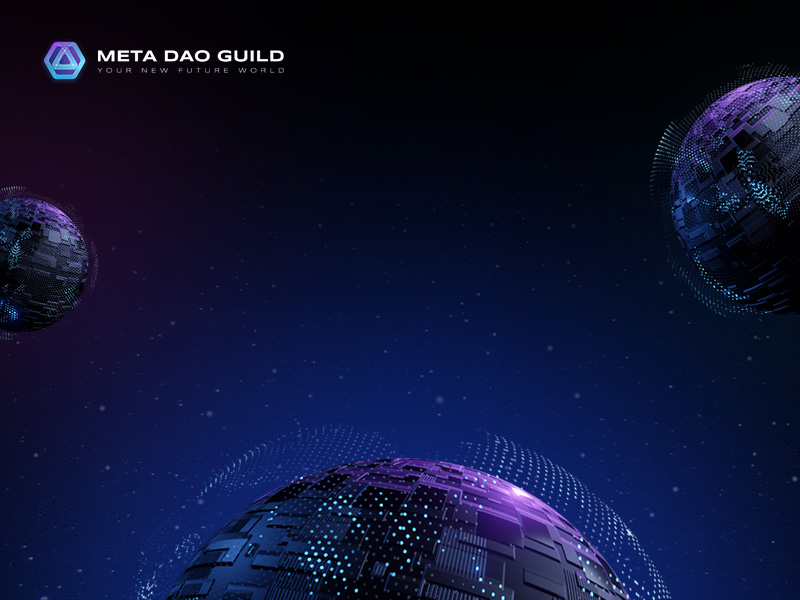 GameFi and NFT: What Projects Will Blow up the Industry in 2022

A multibillion GameFi and blockchain games market is named as one of the major trends of 2022 that promises many opportunities both for players and investors. Yet, so far the market is so fragmented and chaotic that it is hard to grasp how to profit from this trend. To succeed in this fast-growing field, one must know the secrets of the GameFi industry.

How is GameFi different from online games?

GameFi is a new niche in the blockchain industry at the nexus of two fields – decentralized finance and decentralized games. GameFi is far from being a simple online game. GameFi are gaming platforms that allow users to get profits in digital coins from gaming. On one side, it improves user retention rates, on the other – it helps users earn real money within a game.

To start gaming and earning, a user has to buy a character or a gaming asset that is presented in the form of a non-fungible token – NFT. Largely owing to GameFi, the NFT market has achieved such unprecedented growth rates in 2021. According to the DappRadar statistics, the non-fungible tokens trading volumes have grown hundreds of times – from $100 million in 2020  to $23 billion in 2021. The lion’s share of those trading operations accounts for gaming NFT. In November 2021, trading volumes of gaming NFT exceeded $1 billion by almost doubling its growth rates in one month, in comparison with October 2021.

This economic model for decentralized online games was dubbed the Play-to-Earn model. Essentially, NFT is a sort of a subscription to enter the game. By purchasing NFT, users get an opportunity to access a multiplayer online game, interact with other players and most importantly – get profits from participating in the game.

Where is the liquidity coming from in GameFi?

When a user bought the subscription for the game, for example, for the football simulator FIFA, it was enough to pay once. After the purchase, a user could play at any moment. In the GameFi game that requires buying gaming NFTs, the basic principles are different.

In decentralized online games, users need to buy gaming items and characters. For example, if once-popular casual game FarmVille were an NFT-based game, a gamer would not get a piece of land and seeds for free. In that game, users would have needed to purchase them to harvest crops.

At the same time, there is also good news: in GameFi, users also have the opportunity to earn money on their gaming items. If one is good at harvesting crops, one would be able to sell them and get a return on the investment in land and seeds.

Since NFT games emerged and have grown on the fertile lands of the cryptocurrency market, all transactions involving gaming items in the form of non-fungible tokens are executed in cryptocurrencies. In this way, the gaming ecosystem is being filled with liquidity that allows the use of the Play-to-Earn model.

Already from the description, it is obvious that the first two sources of income are oriented at gamers while the third one is for investors that see GameFi projects as one of the passive income sources and that do not actively participate in the game itself.

Yet, in the real-case scenario, also the first profit source which is gaming NFT in the leading games is accessible only to investors or gamers with high levels of income since its value can reach hundreds and tens of thousands of dollars. So at the end of 2021, the average price for the NFT character of the popular decentralized game Axie Infinity has reached $140. According to projections, in 2022, it will grow to $219. This being said, to start a game, a gamer needs three characters. In that way, the initial investment to start a game is $420. Of course, it significantly exceeds the subscription price levels for centralized multiplayer online games.

Not every online gamer can spare such funds to access the game. Statistical data shows the majority of the GameFi games are from the poorest countries where earning on Play-to-Earn games could bring a substantial plus to the average paycheck. Of course, for them, the high initial investment is a serious barrier. As a result, NFT characters get settled in the hands of investors that would like to earn money but have no time to complete daily gaming tasks while the platform lacks active users. Investors also are not using the GameFi market to its potential since they do not earn from the game, do not get rewards for completing daily tasks.

To solve this problem a market needs additional services. One of such infrastructure projects created for the development of blockchain applications is the p2p platform MetaRent by Meta DAO Guild.

What is Meta DAO Guild?

Meta DAO Guild is a decentralized autonomous organization that executes several infrastructure projects in the P2E games industry and that offers an elegant solution to two main GameFi problems:

The solution to both problems lies at the surface. If users have no time to play a game or would like to spend free time on another game, they could lease out their NFT. On the other hand, users with no money to buy NFT can rent other persons’ characters and access the same.

This is exactly a type of p2p-platform for renting gaming NFT named MetaRent that Meta DAO Guild is creating. Profits from gaming are distributed among the player and the owner of the gaming token. This solves the problem of idle gaming NFTs.

At the same time, the platform is offering instruments that guarantee the safety of the deal for both sides.

How does the platform work?

The NFT owner registers on the platform and selects gamers from the scholars (gamers that were trained by Meta DAO Guild). While leasing out NFT, its owner shares half of the profits with a gamer. The lessee (a gamer) gets access to gaming NFT without initial investments.

The platform MetaRent from Meta DAO Guild ensures with smart contracts that the NFT owner shares its profits with the lessee. To avoid a possibility of fraud, Meta DAO Guild takes on a mandatory deposit from an NFT owner. In other words, the investor has to put on a deposit to lease out the NFT. The deposit serves as a guarantee that a gamer will be paid.

Of course, NFT owners risk facing an inexperienced player that might waste time and bring no returns. That is why Meta DAO Guild is creating an educational system and ranking mechanism for gamers. The investors have the right to choose the best among free players for leasing out their NFTs.

The full list of services by Meta DAO Guild includes:

The latter – DAO  Launchpad – deserves special attention. As the name implies, the fund is being governed as a decentralized autonomous organization – in other words, by users themselves. Users must own native platform tokens MDGG to get rights for voting on choosing GameFi projects for investment.

The participation in DAO Launchpad provides a regular user with multiple advantages. First of all, it opens up possibilities to invest in promising GameFi projects at early stages when there is still no access for retail investors. At this stage, investors are offered the best terms while the profitability of the bought tokens or coined NFTs might reach 1000% in a couple of years.

DAO Launchpad provides an opportunity for gaming projects not only to get investments but also to access the engaged gaming community of the Meta DAO Guild.

Investors that are interested in projects that are building the GameFi industry infrastructure have an opportunity to purchase Meta DAO Guild tokens MDGG during the Private Sale that starts on February 22.

Why will GameFi grow?

For understanding GameFi perspectives, it is best to use real-life examples. Last year, the Philippine CNN office shared that citizens of the Philippine Province of Nueva Ecija are earning by playing NFT games. Thanks to a decentralized online game that gives an opportunity to earn income, citizens could pay for food, medicine, bills — even close their loans — even though the pandemic took their jobs.

Like DeFi in 2021, GameFi has all chances to become the main trend of 2022. The niche is swiftly being inflated with liquidity – both from users and institution-level investors. In the second half of 2021, multi-billion funds were created for investing in GameFi projects at early stages. For example, Gala Games together with C2 Ventures launched a venture fund for GameFi for $100 million, Solana Ventures, Forte, and Griffin Gaming Partners created a $150 million fund. The valuation of the Hongkongese company Animoca Brands which works with blockchain games and NFT has skyrocketed to $5 billion at the last investment round.

In 2022, hundreds of new decentralized games are expected to be launched on the GameFi market. But the most important thing is that this year major gaming companies-developers are entering the Game Fi niche. It is reasonable to expect user experience improvements due to more elaborated gaming scenarios, in-depth sound character design, and visual components enhancements.

But the main growth driver is the inflow of millions of users into GameFi. Thanks to the new economic model Play-to-Earn gamers have an opportunity to earn while gaming. This is exactly why projects in this industry are ready to show many-fold profits despite the volatility of cryptocurrencies.

What are AI and Web3 Valuation, Tokenization, and Monetization as a Service (VTMaaS)?

The Benefits of Cryptocurrency Network Marketing: A Smart Way to Make Money