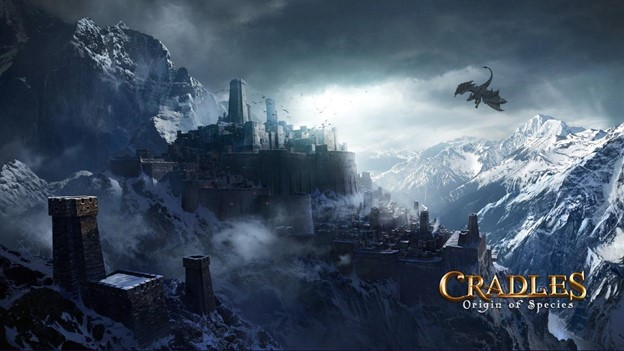 How You Can Customise And Combine Your NFTs With EIP3664

Non-fungible tokens (NFTs) are all the rage right now, and for good reason; these digital tokens offer verifiable certificates of authenticity for just about anything virtually imaginable. From your favourite sports collectibles to artwork and even real estate!

One year ago, Beeple’s “Everydays: The First 5000 Days” sold for over USD 69 million as an NFT at the prestigious auction house Christie’s. Since then, NFTs have undergone a radical paradigm shift from being an obscure tech phenomenon to a mainstream one. The NFT industry has continued to expand at an astounding rate, with conservative estimates indicating that this area has risen by more than 1,785% since Q1 of 2021. The explosive trend involving NFTs has led the sales volume of NFT marketplaces to skyrocket to over USD 40 billion.

This has happened with people realising that the current day perception of authenticity is falsifiable and replicable. This has also caused damage to the creator economy where content is copied with zero credit to the original artist.

NFTs Promise to Change the Power Dynamics of Web 2.0 Entertainment and Gaming

On that path, Web 3.0 and NFTs appear to be the next major leap. With their help, the creator economy is getting a massive upgrade wherein artists and creators from all walks of life can potentially monetise their content from the get-go. For instance, NFTs in the entertainment industry, particularly, music and art, have allowed artists to truly own their content and deal with their community directly rather than through intermediary auction houses, record labels and production studios.

These use cases, however, are only scratching the surface of the utility that NFTs can bring. The NFT segment is predicted to reach a market cap of USD 80 billion by 2025 as NFT use cases proliferate across healthcare, supply chain provenance, gaming, music, real estate and art.

In the gaming sector, traditional Web 2.0 games have long faced the issue of centralization with the game’s developers reaping all the rewards. Exclusive content, skins, battle passes, weapons, traits and other in-game collectibles are often constricted to the games they are purchased on and have no real use or value case beyond the game itself.

Web 3.0 does away with these limitations by letting you carry over your in-game assets to other games you are interested in. Breaking out of these confines brings more value to your NFTs and better facilitates Play-to-Earn (P2E) models to incentivize everyone to be a part of the community.

Web 3.0 has been a game-changer (pun intended) when it comes to how players can be involved within virtual spaces. Web 2.0 games favored only the owners/developers of the game to reap the rewards. The effort put in by the players for earning in-game assets is virtually meaningless as they have no real utility beyond the game. In contrast, Web 3.0 games or blockchain games place users at the center of their economic model, allow them to own their in-game assets as NFTs, and also peg utilities to those assets that extend beyond the game itself.

To bring such gaming features to life, developers used the ERC1155 protocol. The token standard allowed developers to do much more than before. But as with most evolutions, it still had its limits. It could not alter game props for upgrades, additional attributes, and so on. It simply could not imbibe the props’ rich features and functions into the smart contract.

Cradles has developed a brand new NFT protocol to help combat some of the drawbacks. The EIP3664 protocol is fully compatible with ERC1155 to help game developers expand their operations with gaming NFTs.

Cradles is the first AAA MMORPG online game that uses blockchain technology to facilitate the trading of game props. Cradles’s modular NFT protocol is said to pave the way for immersive gaming experiences as well as art and other forms of entertainment. With the EIP3664 protocol, players can now customise and combine NFTs to upgrade, modify and evolve their in-game NFTs to their whims and fancies. This is revolutionary considering the fact that most Web 3.0 games used pre-built stock NFTs which are provided by the game.

Further, EIP3664 protocol enables interoperability of the new NFTs to be used within other games that adopt the same protocol. This can boost both the value and demand for these NFTs and better facilitate monetization.

NFTs present a paradigm shift in commerce, community interaction and are poised to disrupt traditional industries with power distribution. Novel gaming protocols such as EIP3664 sound set to bring in the best features of ERC1155 and develop a more immersive and engaging gaming experience.