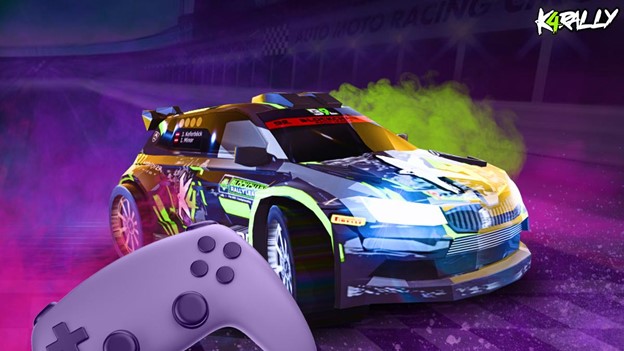 Web3 Gaming is transforming the blockchain space. The GameFi industry has progressively expanded its dominance, attracting over $22.5 billion in total investments. This era began in late-2020 when Andre Cronje, the founder of Yearn.Finance, introduced the notion of GameFi. His tweet about gamification in a decentralized setting took crypto Twitter by storm.

A slew of innovations drove the industry forward steadily since then. NFTs have propelled GameFi to a new level, merging entertainment and financial incentives. Moreover, the metaverse has introduced an additional utility and value layer in this domain. It offers an immersive experience, among other things, to the participants of virtual worlds.

Overall, there’s been an intense craze. So much so that several new projects emerge daily. For example, there were 1400+ GameFi projects in May 2022, representing a 99% yearly increase. This is primarily because investors have dedicated billions of dollars to this domain—$2.5 billion in Q1 2022, whereas the total investment last year was $4 billion.

Recently, venture capital funds have gone big on blockchain gaming. Leading investors are doing everything in their capacity to capitalize on GameFi’s immense potential. For example, Andreessen Horowitz (A16Z) launched the Games Fund One, investing $600 billion in blockchain gaming.

GameFi’s popularity among institutional investors highlights its influence on the broader blockchain industry. It also emerges as a gateway to widespread Web3 adoption.

Web3 is still in its early stages. Although several blockchain games are in the market today, receiving attractive investments, they haven’t successfully boosted Web3’s mass adoption. The reasons for this are clear, though, and concern the core of blockchain gaming.

Existing in-game economies are usually unsustainable. Most P2E games have poor tokenomics and incentive structures. They also have inflationary reward systems, including a limitless supply of crypto and NFTs.

Moreover, P2E remains a closed market for traditional gamers. As a result, popular titles like Axie Infinity fail to provide substantial value to conventional gaming enthusiasts in the long run. They even lack the high-fidelity experience necessary for bringing mass adoption to blockchain gaming and Web3.

On the brighter side, though, innovative P2E games address these problems with strong incentivization models and immersive gameplay. K4Rally is a prominent example. It’s the first blockchain-powered rally game, fully decentralized. It allows players to earn crypto and NFTs by winning races.

The K4R token is the platform’s backbone, so to say, facilitating reward distribution and in-game transactions. However, K4 Rally’s USP and strongest feature is its high-quality graphic gameplay, as disclosed in the closed beta version. Because of its startling difference from conventional blockchain games, K4Rally’s gameplay initially took the community by surprise.

Nevertheless, there has naturally been much excitement for them ever since. Gamers have expressed a strong interest in the in-game NFTs. And amidst all this, the game’s P2E model gained immense popularity, particularly among amateur and non-crypto gamers. K4Rally just launched its Open Beta, now everyone can test the game.

Gaming is a testing ground for Web3’s future. It’s a great way to learn about blockchain and crypto. Blockchain gaming can simplify Web3 for the masses, boosting adoption globally. Particularly with platforms like K4 Rally, this will become a reality soon.

It’s no longer a question of if but when. The industry is flourishing. The Web3 gaming revolution has only just begun. Now is the time to get in and reap the benefits—the earlier, the better. It’s a domain waiting to go to the moon, so come one, come all.