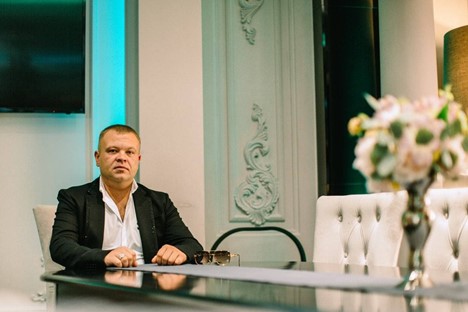 Interview with Andrei Zaitsev, the CEO of Qchain

Blockchain technology has been used for all kinds of cases for years now, ever since the introduction of Ethereum and its smart contracts. And during this period, the industry has developed considerably, with lots of new advanced platforms emerging, and blockchain expanding to reach almost every industry around the world. However, it will always have special ties to things like gaming and gambling, which were among the first to adopt it.

This is the thing that a project called QChain is focused on. QChain comes as a decentralized platform, one of the main goals of which is to connect millions of blockchain enthusiasts from all around the world and make them join forces around this multi-chain platform. As a result, the platform is planning to create the most powerful decentralized ecosystem in the entire crypto industry.

The gambling sector has always been very popular and rather big, and it grew even bigger during 2020 and 2021 when COVID-19 forced people to stay indoors and spend more time online. In fact, its growth is so massive that gambling is expected to hit a $500 billion market value by 2026. Meanwhile, nearly 30% of the total revenue is contributed by lotteries, which shows how big this segment is now.

Today, we are going to get a better insight into these closely mixed sectors, so we will ask several questions to QChain’s CEO, Andrei Zaitsev, hoping to get his expert views on the matter.

A: The most important thing blockchain technology can offer is transparency. Thanks to the distributed registry, information about all operations in the system is available to every user, which means that manipulation is impossible. Everyone will immediately notice it.

Q: What aspects of the blockchain lottery are different from the traditional lottery?

A: From the player’s point of view, the main difference is that the bets and wins are made and received in local currency — tokens. In addition, all operations are carried out automatically and instantly. Including the withdrawal of the funds won, in contrast to the traditional lottery.

A: Not yet. This is mainly due to the fact that the blockchain-based lottery is a new technology, it is only a year or two old and it hasn’t yet gained popularity. But I am sure that after people appreciate all its benefits, they will no longer want to play the traditional lottery.

Q: Are there any downsides to blockchain-based lottery compared to the traditional version?

A: Nothing comes to mind) Unless the player has no device at all, which is extremely rare in the modern world. Our lottery can be played on a PC, smartphone, or tablet.

Q: What properties of the blockchain are the most useful to the lottery?

A: As I said, the main advantage of the blockchain lottery is the openness of the drawing process possible due to the distributed registry. In addition, everything goes quickly and is automated because of smart contracts. The commissions in the Qchain ecosystem are minimal (there are no intermediaries) for the withdrawal/transfer of funds.

Q: What cryptocurrencies can be used for the lottery?

A: In the lottery based on the blockchain platform, we use its internal token. The internal token for our Magic Lotto is QDT is used as the currency. In tokens, you place a bet and get a win. These tokens can then be converted into fiat currency.

A: Yes, for one hundred percent! Firstly, smart contracts guarantee payments in case of winning, secondly, all information about users in the blockchain network is confidential, and thirdly since the game is based on the blockchain platform, any hacker attacks are nearly impossible, they are simply meaningless.

Q: Is the blockchain lottery regulated, or are there signs that it could be regulated soon?

A: As for the legislative regulation of blockchain technology, it varies in different countries. Every year, as capitalization in this sector of the economy grows, the governments of different countries are trying to introduce a regulatory system, so in the near future, there will be changes. At the moment, blockchain lotteries are not regulated by separate legislation but are subject to the rules regarding online gambling.

Q: How does Magic Lotto differ from other blockchain lotteries?

A: It is worth noting that our lottery is based on the latest generation of the blockchain network called Qchain, which means that all players get access to the fastest, most reliable, secure, and confidential gaming platform. There is also a multilevel system of bonuses for invited participants.

Q: What services besides lottery does QChain offer?

A: In addition to the lottery, there is a number of interesting products on the platform:

Well, thank you very much, Mr. Zaitsev. We hope you enjoyed our interview and now understand better the role of blockchain technology in the gaming industry and what benefits we as players can get from it.