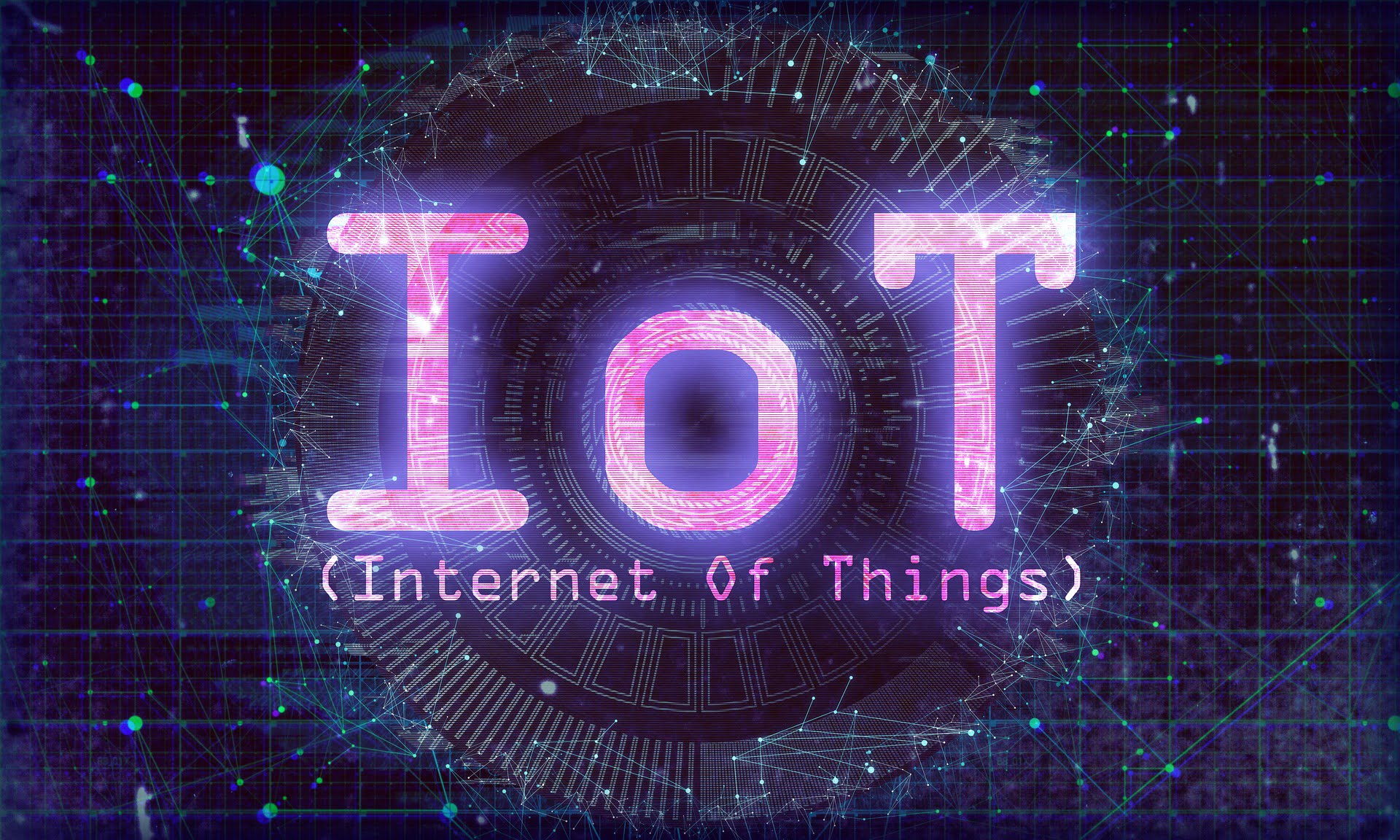 IoT on Polkadot: Why Amazon Web Services for IoT Is No Longer in the Game

The development of the Internet of Things (IoT) is impossible without the creation of a decentralized environment. Tethering devices to remote servers of IT companies is only the initial, not the last stage in the evolution of the IoT.

As the number of devices in any given system grows, the weaknesses of the traditional, centralized model begin to be revealed: insufficient bandwidth and vulnerability of data passing through the servers. The answer to these inefficiencies should include the construction of a multi-agent system, where each participant is endowed with greater autonomy and can perform a wider range of tasks. This trend should include the ability of a device to independently accept orders and payments for their completion, as well as engage in contracts with another device without human mediation.

Ethereum smart contracts make it possible to bring such a concept to life, but only up to certain limits due to limited bandwidth, high cost of transactions, and the lack of a “common language” with other blockchains, unless the developers have come up with a special “bridge” for a specific case.

Polkadot protocol, the flagship project of Parity Technologies and the Web3 Foundation, is best-placed to realize the idea of Web 3.0 and opening the possibility of connecting millions of smart devices to the global network. Polkadot’s sharding protocol provides an opportunity for inter-blockchain communication. Below we break down the reasons why the IoT industry has become one of the main beneficiaries of internetworking protocols and review the most promising IoT projects on Polkadot.

Why is there so much talk about polka dots?

Half a year after the launch of the Polkadot main network, it boasts developer recognition. According to Coingecko, at the time of this writing, Polkadot token DOT is ranked seventh among all blockchains, with a market cap of $4.15 billion and a daily trading volume approaching $100 million. These results are impressive, especially considering that the first token sale, which took place in 2017, attracted a large but incomparable with today’s capitalization amount of $145 million.

Such a market reaction is due to the widespread demand for an inter-blockchain protocol on behalf of developers of decentralized applications, primarily in the field of decentralized finance (DeFi). The product of the three-year work of the Web3 Foundation solves the problems of bandwidth and scaling – due to its ability to combine different blockchains.

A feature of the Polkadot protocol is the principle of sharding, which allows dividing the blockchain network into segments that act as nodes or transaction verifiers. Unlike Ethereum, where each node calculates each operation and processes each transaction, the sharding model divides tasks between nodes, allowing multiple transactions to be validated in parallel. This significantly increases the speed of transaction processing in comparison with the Ethereum network, a result causing some media outlets to dub Polkadot as its “killer”.

According to PolkaProject, the number of projects deployed in the Polkadot network is about to approach three hundred, which is a third more than at the beginning of September. Although reviews of promising projects on Polkadot are becoming a feature of news outlets covering the DeFi space, the IoT sphere on Polkadot has not yet been spoiled by the attention of industry-specific media, so we decided to research Polkadot projects in this space.

Why devices are still not “smart”

Unlike the DeFi segment with its 21 projects available for consideration, the IoT section offers us only three projects: Nodle IoT, MXC, and Robonomics. They share many similarities upon initial examination.

MXC claims that its goal is building a global network for the communication of IoT devices. MXC itself (Machine eXchange Coin) is a protocol that leverages LPWAN (low-power wide-area network) technology, an energy-efficient long-range network. Simply put, wireless technology for transmitting data among sensors. The project offers a smart bidding system for the right of sensors to access the network, as well as a data market that unites various blockchains.

Similar to the other two projects in this space, MXC declares the goal of creating a decentralized environment for a multitude of smart devices. The number of such devices today is measured in the billions. However, the fact that a smartphone, scooter, or smart vacuum cleaner is equipped with sensors and microprocessors does not make them “smart” alone. In order to truly fall into this category, a device requires a permanent internet connection to receive and transmit data, as well as the ability to interact with other systems.

IoT functionality via your smartphone

Providing constant online access to millions of devices and sensors is not a cheap task, but it’s also not a difficult one. The much more important issue is security. Devices that serve a smart home can be hacked and present a hazard, such as a kettle being turned on with no water in it. Such concerns are greatly amplified by industrial enterprises with expensive equipment. No warehouse of goods will agree to give all the dirty work to IoT devices without guaranteeing that the system will not be hacked and disabled, for example in the case of self-driving trucks with cargo.

The decentralized network Nodle offers constant access to the Internet for IoT devices and sensors. Its participants are users’ smartphones that play the role of Internet hubs for IoT devices. Smartphones with Internet access provide devices with access through a technology called Bluetooth Low Energy.

The user installs an application on the phone which allows nearby IoT devices to transmit updated data to the Internet. In exchange for a useful action, the owner of the smartphone receives a reward (proof of connectivity) in the form of the Nodle network currency. The smartphone acts as a secure transmitter of data from the device to the cloud while maintaining the user’s right to anonymity.

What the Nodle ecosystem has in common with the two other IoT projects at Polkadot, MXC and the Robonomics Network, is that it enables machine-to-machine communication and opens up a market for data obtained from robotic services for businesses, municipalities, and individual users.

Nodle’s official website highlights the solution’s applicability for logistics, as well as scooter and bike-sharing services that can track the location of vehicles and their routes. It is possible to equip anything with sensors, including a parcel or an electric car operating in a warehouse to track and analyze movement data.

Similar to the other projects in this niche, the Nodle network needs to scale to have the ability to send millions of microtransactions to smartphone owners as the reward for keeping the network running. This purpose required a development strategy using Substrate, which is a set of tools developed by the Parity team for creating customized blockchains for DApps. Written in Rust and integrated with Polkadot’s interoperability protocol, this open-access technology allows autonomous IoT networks to be connected to other blockchains.

The developers of the Robonomics Network platform created five years ago saw such an opportunity behind this technology. According to its leader Sergei Lonshakov, Substrate is “the most direct route to launching parachain on Polkadot.”

In the case of Robonomics itself, the project implies it is a parachain built to control robotics. By allowing Ethereum and Polkadot to merge, the platform plans to open up a wide range of applications for decentralized networks for automation tasks.

Based on the 13 scenarios of platform usage that are at different stages of implementation, Robonomics awaited for the Polkadot to emerge like nobody else. The range of its cases, from environmental drones monitoring the quality of water in rivers to cars trading for space on the highway, was lacking the transaction capacity of Ethereum. To expand its capabilities, the platform relied on the experimental Kusama protocol from the creators of Polkadot, also built on Substrate.

Kusama was created last summer as a testing ground for developers looking to deploy their own parachain and understand the capabilities of Polkadot itself. Robonomics plans to use this testing ground for two years, having previously rented a slot from KSM token holders for this purpose. In the meantime, the team will prepare to transition to the Polkadot Relay Chain.

The team plans to attract developers of IoT services with a set of tools called Robonomics Web Services (RWS), which is a decentralized analog of Amazon Web Services for the Internet of Things. However, the analog has ambitious intentions to bypass its cloud competitor in terms of technical capabilities and security.

Unlike Amazon’s tools, RWS will allow not only technical but economic transactions between IoT devices in a single environment that unites various blockchains. Simply put, a smart vacuum cleaner could transmit data on the electricity it consumes while simultaneously pay for it independently by interacting with devices from different developers.

The development of projects on Polkadot is expected to accelerate into the future, ensuring that hundreds of millions of people will be able to easily interact with artificial intelligence carriers, and businesses will have the opportunity to deploy services based on autonomous devices without the risk of outside interference. Such perspectives provide a clearer understanding of the enthusiasm around Polkadot with its rapidly growing capitalization.