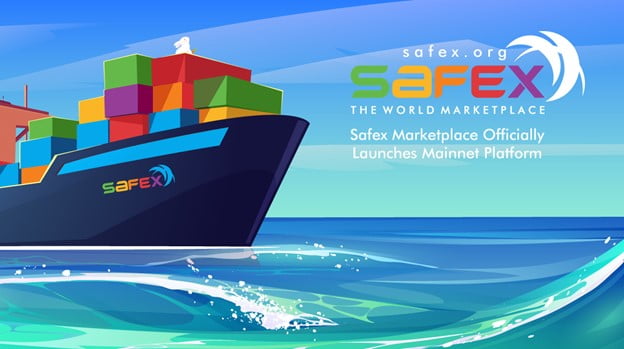 The team behind the Safex e-commerce blockchain open-source platform announced today they are expanding the ecosystem in which vendors and buyers can perform transactions privately, with relatively frictionless and well-verified digital assets.

Safex people call the platform a “privacy-focused decentralized marketplace” where the use of the Safex token leads to revenue sharing and other opportunities for member holders.

Users are able to generate web stores, in which they can sell items with a connection to the SFT network. They can also invest for long-term returns, and otherwise participate in a new kind of peer-to-peer system that shows what’s possible in the age of the digital coin. The idea of all of this getting traction represents some of the best of what new technology has brought us by way of improving decades-old banking and finance systems that now seem pretty hidebound.

As in so much of the technology world, Safex’s design as a peer-to-peer exchange system illustrates the power of P2P interactivity in eliminating top-heavy centralization, or middleware parties or technologies.

Describing how this platform works, experts describe the design as a decentralized peer-to-peer system with fungible, frictionless and verified assets. That means the liquidity and easy access built into the system enables fast settlement for transactions, low fees and more. There’s also the anti-fraud potential of a system like this that is based on the blockchain immutable ledger technology that has so radically transformed finance in just a few years. It seems like only yesterday Satoshi appeared, and we started hearing, for the first time, about a digital ledger that would change how we view transaction verification. Now, the cryptocurrency world is, by comparison, vast, and Safex is part of its new frontier.

The Safex token is also described as an “ASIC-resistant” token, and looking deeper into what that means shows how the creators of the open-source technology wanted to prevent elite mining pools from consolidating too much power in the network.

ASIC-resistant tokens are easily mineable with CPU and GPU rigs. There is a design element that makes ASICs, (specially composed mining machines), less effective by contrast.

In explaining why they went this route, Safex spokespeople talk about the consolidation of power by big e-commerce and technology giants that may have more market reach than, say, cybersecurity acumen, or respect for competitive processes.

“This year, we have seen power consolidate into the hands of centralized, data-leaking ecommerce giants, but these platforms aren’t the only game in town,” says Safex founder Daniel Dabek in a recent press statement. “With Safex, we’re ushering in an era of censorship-proof, pro-privacy commerce, where small sellers can reach new audiences and be amply rewarded in cryptocurrency, and where incentives are aligned between merchants and the larger community.

Users who want to learn more about the potential of Safex can check out blog posts like “What You Can Buy” to learn more about cryptocurrency-related merchandising. They can dig into the privacy resources to see why the Safex platform is more secure than other exchanges. All of this supports the idea that Safex will eventually become its own animal in a decentralized financial world.